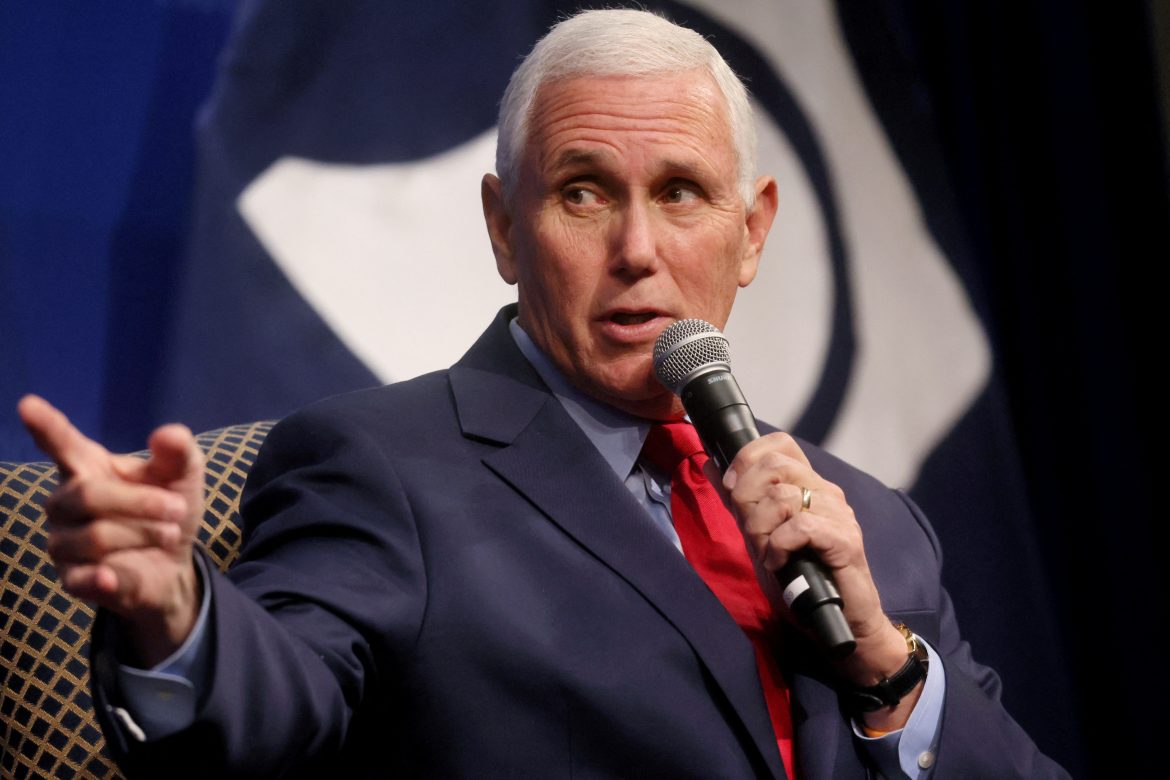 Documents marked as classified were discovered at former U.S. Vice President Mike Pence‘s Indiana home last week, and he has turned those classified records over to the FBI, his attorney said in letters seen by Reuters on Tuesday.

The attorney, Greg Jacob, sent a letter to the National Archives on Jan. 18 notifying them of the documents and in a separate letter on Jan. 22 notified the Archives that the FBI came to the former vice president’s home to collect them.

The discovery puts Pence in the company of his former boss, former President Donald Trump, and President Joe Biden after documents with classified markings were found at their residences.

Jacob said in the letter dated Jan. 18 to the National Archives that “out of an abundance of caution” Pence had engaged outside counsel to review records stored in his home after reports about the materials found at Biden’s residence.

“Counsel identified a small number of documents that could potentially contain sensitive or classified information interspersed throughout the records,” Jacob wrote in the letter.

“Vice President Pence immediately secured those documents in a locked safe pending further direction on proper handling from the National Archives,” he said. Pence‘s counsel did not review the contents of the documents once they were determined to be marked classified, the letter said.

In a separate letter dated Jan. 22, Jacob said the Justice Department “bypassed the standard procedures and requested direct possession” of the documents at Pence‘s residence.

With agreement by the former vice president, FBI agents came to his Indiana home at 9:30 p.m. on Jan. 19 to collect the documents stored in the safe, Jacob said.

Biden, whose documents dated from his time as vice president, and Trump, who resisted turning over the items, leading to an FBI raid, are both facing special counsel investigations by the Justice Department over improper handling of classified materials.

During a presidential transition period, the records from each administration are supposed to be turned over to the legal custody of the U.S. National Archives. It is unlawful to knowingly or willfully remove or retain classified material. Failure to properly store and secure classified material poses risks to national security if it should fall into the wrong hands.

The Pence discovery may help ease the political fallout for Biden, who had criticized Trump last fall for his handling of classified materials, leading to charges of hypocrisy when documents at his former office and his garage were found. The issue has become a political liability for both men, who may face each other in a 2024 presidential race.

Republican Senator Lindsey Graham, a critic of Biden and an ally of Trump, said he did not think any of the three men were intentionally trying to compromise national security.

“But clearly we have a problem here. So hopefully when this is all said and done, maybe we’re overclassifying things, that may be part of the problem,” he said. “What became a political problem for Republicans is now a national security problem for the country.”

CNN first reported the story of the documents being found at Pence‘s home.

A spokesman for former President Barack Obama told Reuters when asked about possible classified documents or searches that his office had been given a “clean bill of health” by the National Archives.

The administration of George W. Bush “turned all Presidential records over — both classified and unclassified — upon leaving the White House,” Bush spokesman Freddy Ford told Reuters.