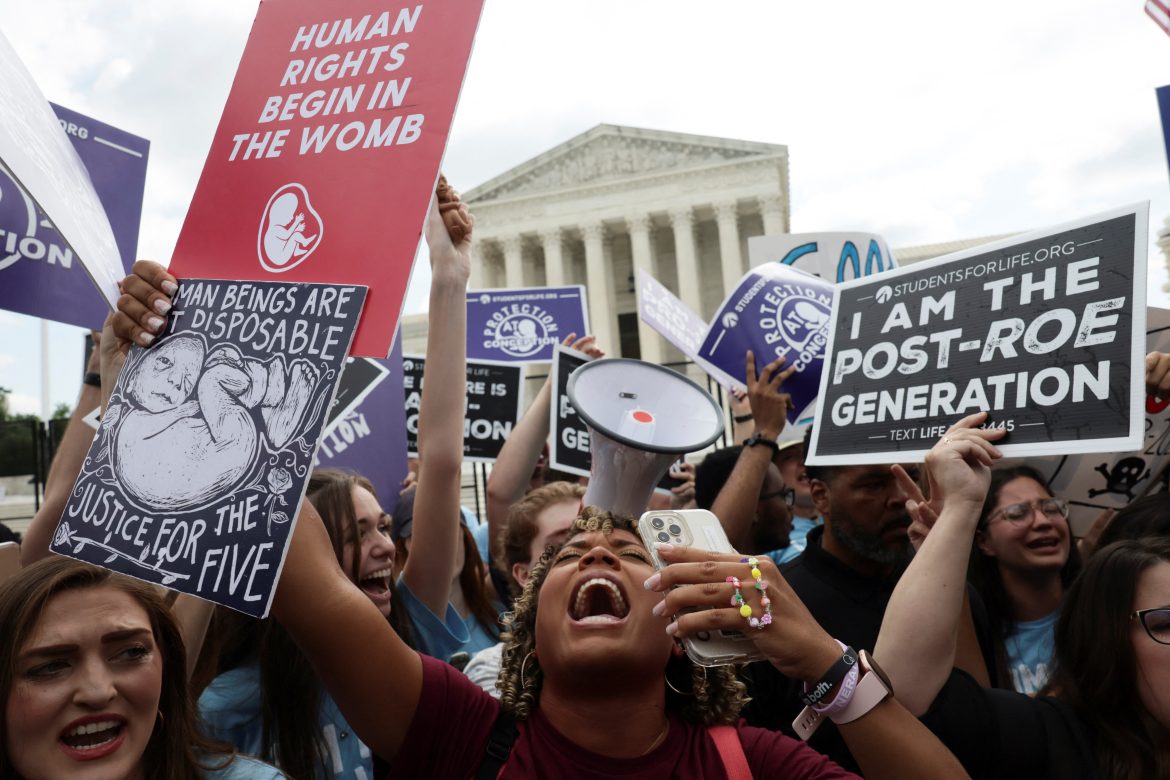 The Supreme Court on Friday overturned the landmark 1973 Roe v. Wade abortion ruling in a highly anticipated decision. The ruling effectively ends recognition of a constitutional right to abortion and leaves abortion laws up to each individual state.

The 6-3 conservative majority ruling came in the court’s opinion in Dobbs v. Jackson Women’s Health Organization, which centered on a Mississippi law banning abortion after 15 weeks of pregnancy.

“The Constitution makes no reference to abortion, and no such right is implicitly protected by any constitutional provision,” Justice Samuel Alito wrote in the opinion, as reported by Reuters.

“Roe was egregiously wrong from the start. Its reasoning was exceptionally weak, and the decision has had damaging consequences. And far from bringing about a national settlement of the abortion issue, Roe and Casey have enflamed debate and deepened division,” Alito added, referring to a 1992 ruling that upheld Roe.

Alito’s opinion explored and criticized Roe v. Wade, pointing out that the 1973 decision held that states have “a legitimate interest in protecting ‘potential life,’” but that this interest was not strong enough to prohibit abortions before the time of fetal viability, thought to be around 23 weeks into pregnancy at that time.

“The Court did not explain the basis for this line, and even abortion supporters have found it hard to defend Roe’s reasoning,” Alito continued.

Chief Justice John Roberts agreed that the viability line “never made any sense,” but said he would have taken “a more measured course,” though his preferred wording seemed equally imprecise. Roberts said that instead of overturning Roe altogether, he would have chosen to recognize a woman’s right to get an abortion, and that the right should “extend far enough to ensure a reasonable opportunity to choose, but need not extend any further.”

“We end this opinion where we began,” Alito concluded. “Abortion presents a profound moral question. The Constitution does not prohibit the citizens of each State from regulating or prohibiting abortion.”

The ruling follows the May 2 leak of Alito’s draft opinion that sparked incendiary national debate. Pro-abortion activists began protesting outside of the Supreme Court and the homes of conservative justices. A suspect apprehended outside of Justice Brett Kavanaugh’s home this month was charged with attempted murder for allegedly planning Kavanaugh’s assassination. Dozens of churches and pro-life pregnancy centers have also been vandalized, with activists hurling Molotov cocktails through windows in some cases.

Pro-life advocates have long argued that abortion law should be determined at the state level. Over a dozen Republican-led states had already passed “trigger laws” in the event Roe is overturned that would immediately restrict access to abortion, while several Democratic lawmakers have sought to codify Roe in anticipation of the high court’s decision.

FISM News will continue to follow this historic decision and provide further updates.