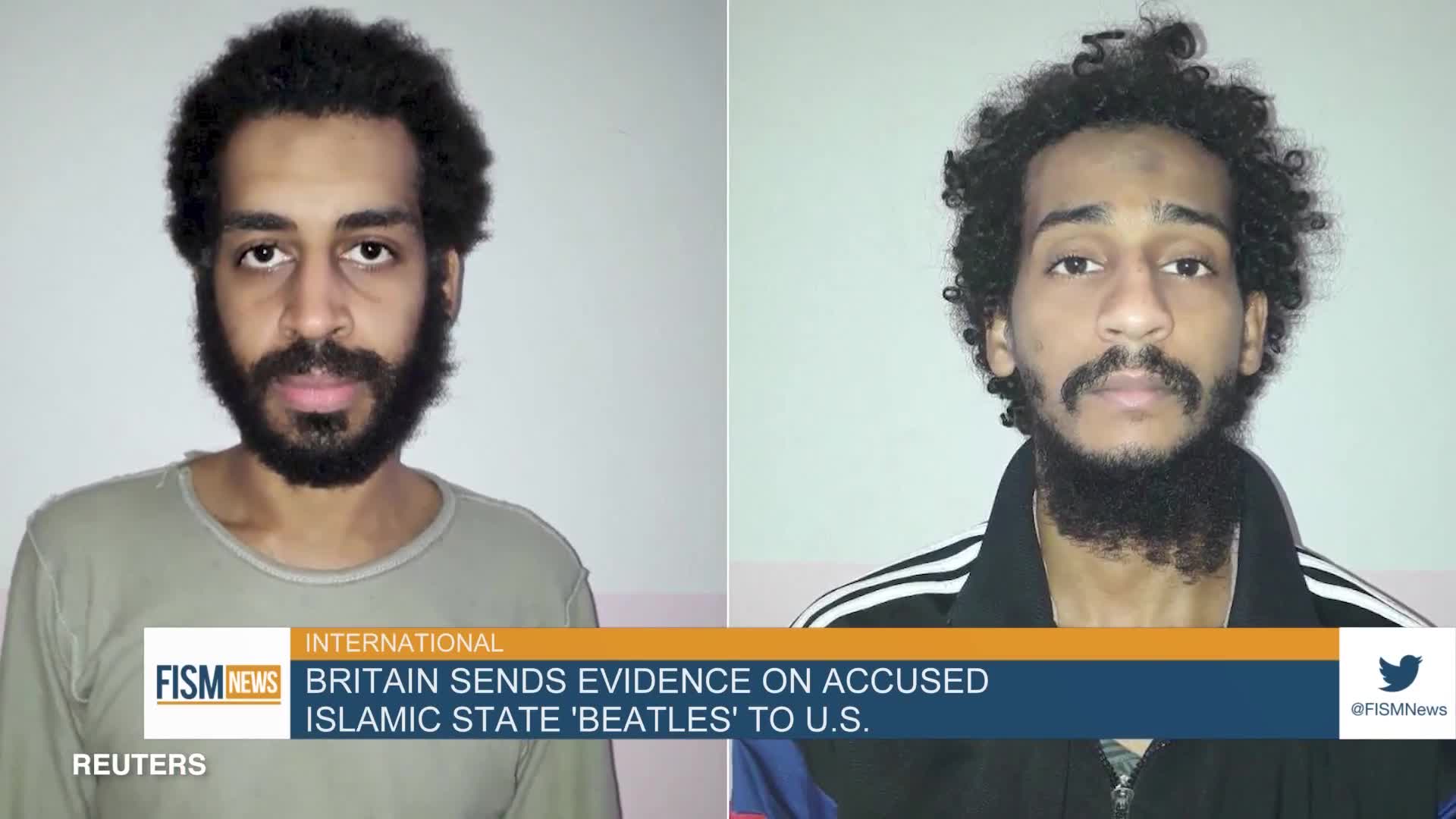 The British government has forwarded  evidence to the U.S. Specifically, evidence regarding two accused Islamic State militants known as the “Beatles” being held by the U.S. military and suspected of involvement in beheadings of Western hostages. The pair are suspected of membership in a four-strong Islamic State cell known as the Beatles because they were English speakers.