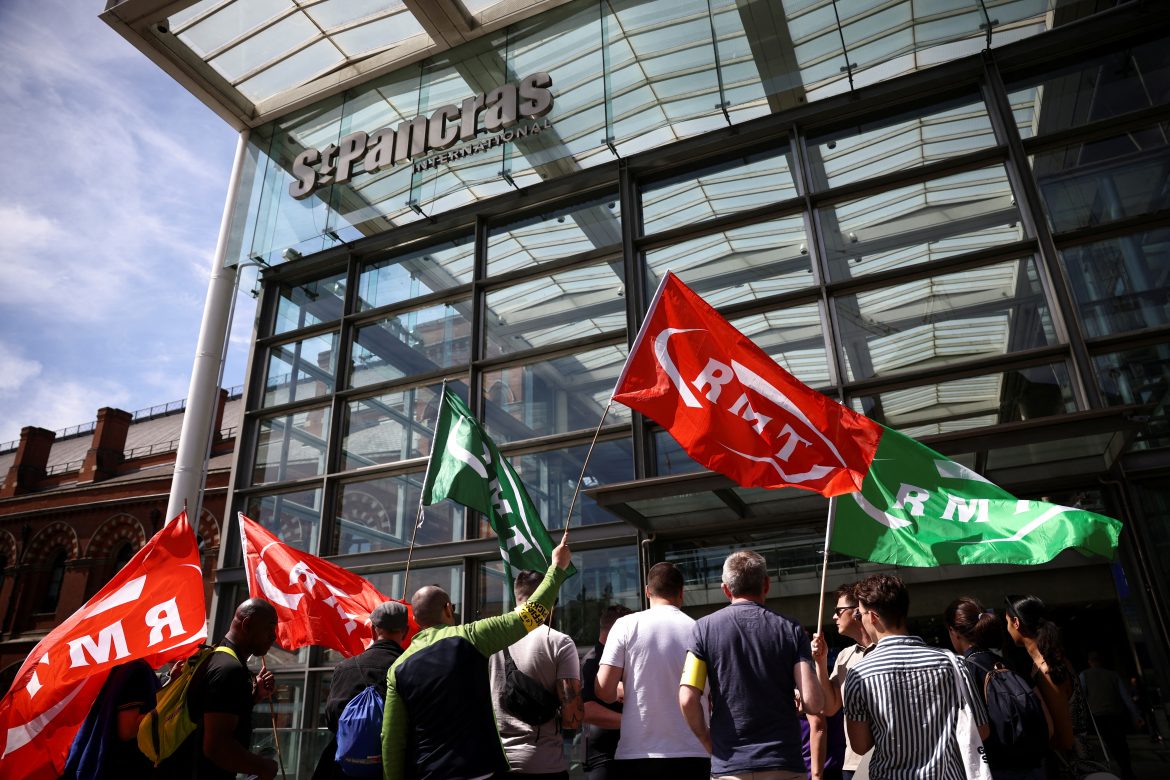 Strikes crippled Britain’s rail network for the second time this week on Thursday as union bosses, train operating firms and the government faced off over demands that workers’ pay increases keep pace with surging inflation.

A spike in the cost of food and fuel is pushing many household budgets to the brink, driving trade unions to demand higher pay increases for their members. The government has urged wage restraint to avoid an inflationary spiral.

Britain’s rail network was brought close to a standstill as 40,000 workers went on strike, echoing similar action on Tuesday, with rail bosses advising passengers not to use trains unless absolutely necessary this week as only about one in five services were running.

Union bosses warned of more industrial action unless a deal could be reached to improve pay and avoid redundancies.

“We’ll continue to talk to the companies about everything that’s been put on the table and we’ll review that and see if and when there needs to be a new phase of industrial action,” Mick Lynch, secretary-general of the Rail, Maritime and Transport Workers (RMT), told the BBC.

“But if we don’t get a settlement, it’s extremely likely that there will be.”

Although talks are ongoing, a third day of strikes is planned for Saturday. Other industries are also moving towards industrial action in what unions say could be a “summer of discontent”.

The government has criticized the strikes, calling them counterproductive and most damaging for those on low incomes who depend on public transport and are unable to work from home.

“I think people should get around the table and sort it out,” Prime Minister Boris Johnson said from Rwanda, where he was attending a Commonwealth meeting. “I want us to work together with the railway staff for a better future for the railway, and I think the strikes are a terrible idea.”

Later on Thursday, ministers will set out planned changes to a law that would make it easier for businesses to use temporary staff, in a moved designed to minimize the impact of strike action.

“Once again trade unions are holding the country to ransom by grinding crucial public services and businesses to a halt. The situation we are in is not sustainable,” Business Secretary Kwasi Kwarteng said.

“Repealing these 1970s-era restrictions will give businesses freedom to access fully skilled staff at speed, all while allowing people to get on with their lives uninterrupted to help keep the economy ticking.”