Brock Purdy’s Christian faith makes him fearless on the field 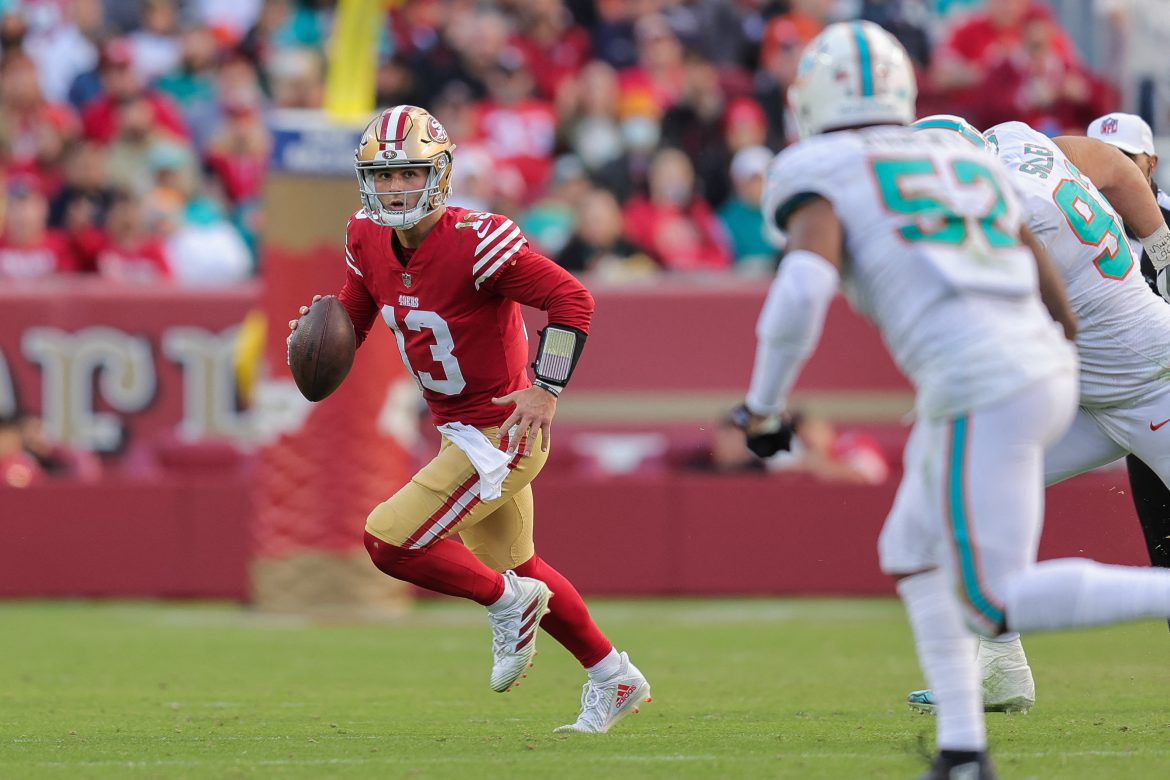 The San Francisco 49ers are pinning their Super Bowl hopes on a rookie quarterback who was selected with the last pick in the 2022 NFL draft.

Brock Purdy is up for the challenge, thanks to his Christian faith.

“Man, just like throwing fear out the window and just going and play,” Purdy said after stepping in for the injured Jimmy Garoppolo and leading the 49ers to a 33-17 win over the Miami Dolphins.

Like, I don’t know if I would’ve ever had an opportunity again to play in the NFL, depending on how it goes. So, it’s like you go out there, you prepare as best as you can, you get better every single day at practice. And once you get your opportunity, man, it’s what are you going to do with it. So, for me, I believe in the Lord and I trust in Him and I just go out there and just play, so that’s really about it.

The last pick of each draft is nicknamed “Mr. Irrelevant,” but Purdy is significant to San Francisco. The 49ers lost Garoppolo likely for the rest of the season because of a broken foot. They’re 8-4, leading the NFC West, and have a legitimate chance to reach the Super Bowl.

They can still win with Purdy because of excellent defense and a strong running game. Against the Dolphins, Purdy threw for 210 yards, two touchdowns, and had one interception.

His 1st quarter touchdown pass was the first ever in an NFL regular season game by any Mr. Irrelevant.

“We have a lot of confidence in Brock,” Niners coach Kyle Shanahan said. “We’ve seen him in practice. Our players have, we have and that’s why we were confident in him, but he hasn’t played a ton of football, so there is some unknown out there, but we know he has the ability to do it. We know he has the mentality to do it and I don’t like how we got to this point, but we’re definitely excited about the option that we have.”

Purdy started 46 games in four seasons at Iowa State. He was a two-time pick for the first-team, All-Big 12 Conference. San Francisco selected him with the 262nd pick in the draft and he made the roster after an impressive training camp.

“I just think when you’re a four-year starter in a pretty big conference, you’ve just been in some pressure and you’ve done it a lot when you have to come in there as a freshman when you’re the youngest on the team,” Shanahan said.

And to be able to do that four years in a row, you can tell when guys have done that, they’ve just been under center a bunch. They understand just how to play the game. They’ve been in it a lot and they’ve been in a lot of situations. Now he has to see there’s a huge difference in the league.

The 22-year-old Purdy will make his first NFL start this Sunday against Tom Brady and the Tampa Bay Buccaneers. Brady, who grew up in the Bay area and rooted for the 49ers, won his only game in San Francisco in 2016 when he was with the New England Patriots.

“I think it’s really cool,” Purdy said about facing Brady. “Dude’s been playing football longer than I’ve been alive, so yeah, to have a first start against the GOAT, it’s going to be pretty cool. But just any other game, man, it’s got to be efficient, do my thing, and play football.”

Purdy won’t actually play against Brady. He has to face Tampa Bay’s defense, which is ranked seventh in the league against the pass and eighth overall.

“You try to go up against the scheme,” Buccaneers coach Todd Bowles said.

They’ve got a lot of talented players over there. They’re not going to change their scheme just because somebody else is at quarterback. I think Kyle does a great job of doing things that the quarterback is comfortable doing. They have a great knowledge of the system and they have a wide variety of things they can do to make him feel comfortable. He’s talented to begin with or he wouldn’t be in this league. But they have a lot of talented players around him and he’s going up against a great defense every day in practice. He’s not going to be nervous, he’s going to play his game. We just have to play ours. It’s not about the quarterback, it’s about all 11 guys on the offense.

Religious delusion can be effective at tempering fear.

Quite a stupid or ignorant thing to say. A delusion is a belief that is clearly false and that indicates an abnormality in the affected person’s content of thought. The false belief is not accounted for by the person’s cultural or religious background or his or her level of intelligence. Here, we are talking about Religious belief, not delusion.

Delusions about faith delusions are based on total speculation and delusional faith in evolution and lead one to an immoral place;

Jesus looked at them and said, “With man this is impossible, but with God all things are possible.”
Matthew 19:26