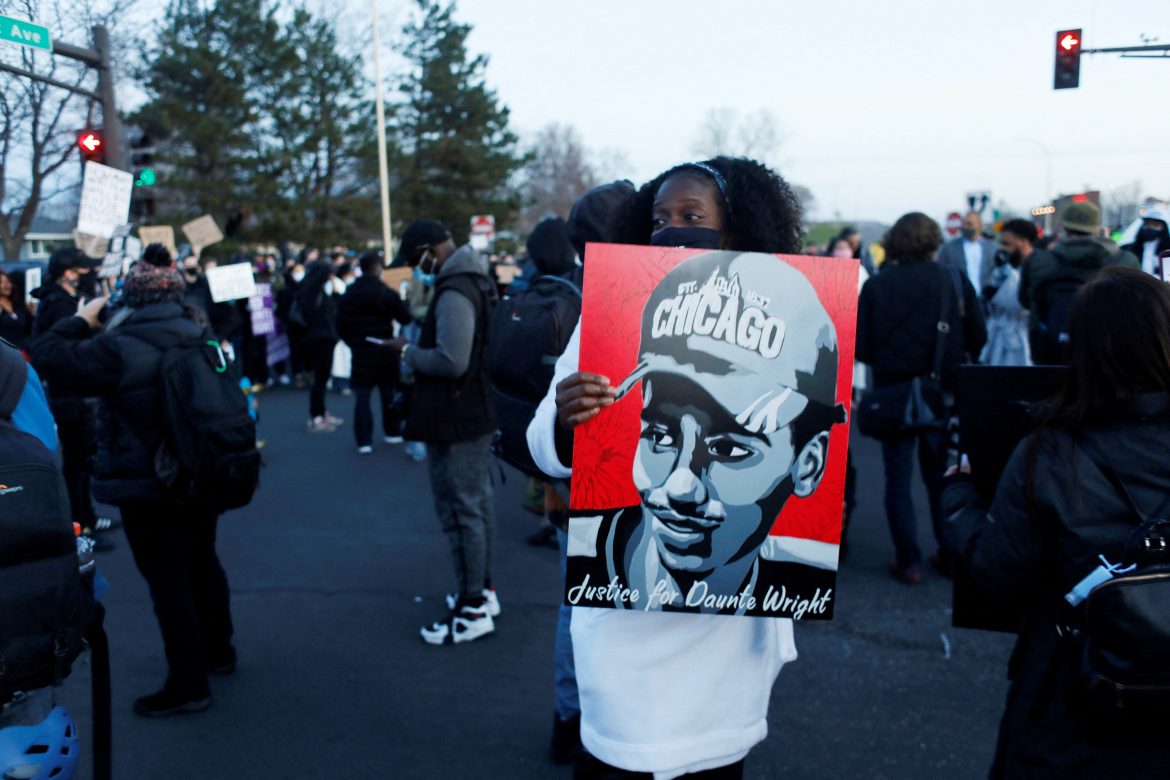 The city of Brooklyn Center, Minnesota, has settled a wrongful death lawsuit with the family of Daunte Wright for $3.25 million. Wright was fatally shot during a traffic stop last year by then-officer Kim Potter, who said she meant to reach for her stun gun but pulled her handgun instead.

A Tuesday statement from the attorneys representing the family read, “This settlement reflects historic financial accountability, particularly when the small size and limited resources of Brooklyn Center are considered.”

The financial component of the settlement, however, will not be finalized until an agreement is reached on the non-monetary relief being asked for by the Wright family. The family’s attorneys indicated that part of the non-monetary agreement includes police training on issues like “officer intervention, implicit bias, weapons confusion and mental health crises, along with a permanent memorial to Wright.”

Arbuey and Katie Wright made a joint statement to ABC News: “Nothing can explain or fill the emptiness in our lives without Daunte or our continued grief at the senseless way he died, but in his name, we will move forward, and it was important to us that his loss be used for positive change in the community, not just for a financial settlement for our family.”

Daunte Wright was fatally shot during a routine traffic stop as then-Officer Potter pulled him over for having expired tags and an air freshener hanging on his rear-view mirror. After realizing that Wright was wanted on a non-felony warrant, she tried to arrest him, prompting Wright to jump back into his car presumably to try to escape. Potter shouted, “Taser! Taser!” and then fatally shot Wright in the chest as he attempted to drive away.

Potter immediately resigned after the shooting, and in December 2021, she was found guilty of first-degree and second-degree manslaughter. She was sentenced to 24 months in prison and a $1,000 fine.

Wright was shot in April 2021, which was around the time of the hearings for the officers who killed Floyd. Because Wright was an unarmed black man and Brooklyn Center is just 10 miles outside of Minneapolis, the situation escalated quickly.

Riots ensued in the streets of Brooklyn Center in protest, and the National Guard was deployed. An FISM story at the time of the shooting reported that hundreds surrounded the Brooklyn Center police headquarters and that rioters hurled objects at the building and set off fireworks.

With those events in mind, Wright family attorney Jeff Storms said the family’s goal with the lawsuit was to, “strike a balance between holding the city accountable while not undermining the financial stability of the city or limiting the services it provides to its residents, many of whom are people of color.”

On behalf of the Wright family, Storms also stated, “There is not true justice for the Wrights because Daunte is never coming home. The financial component of this settlement cannot come close to compensating the family for their loss, yet the comparative cost for and commitment by the city reflects a commitment to accountability for this small community.”