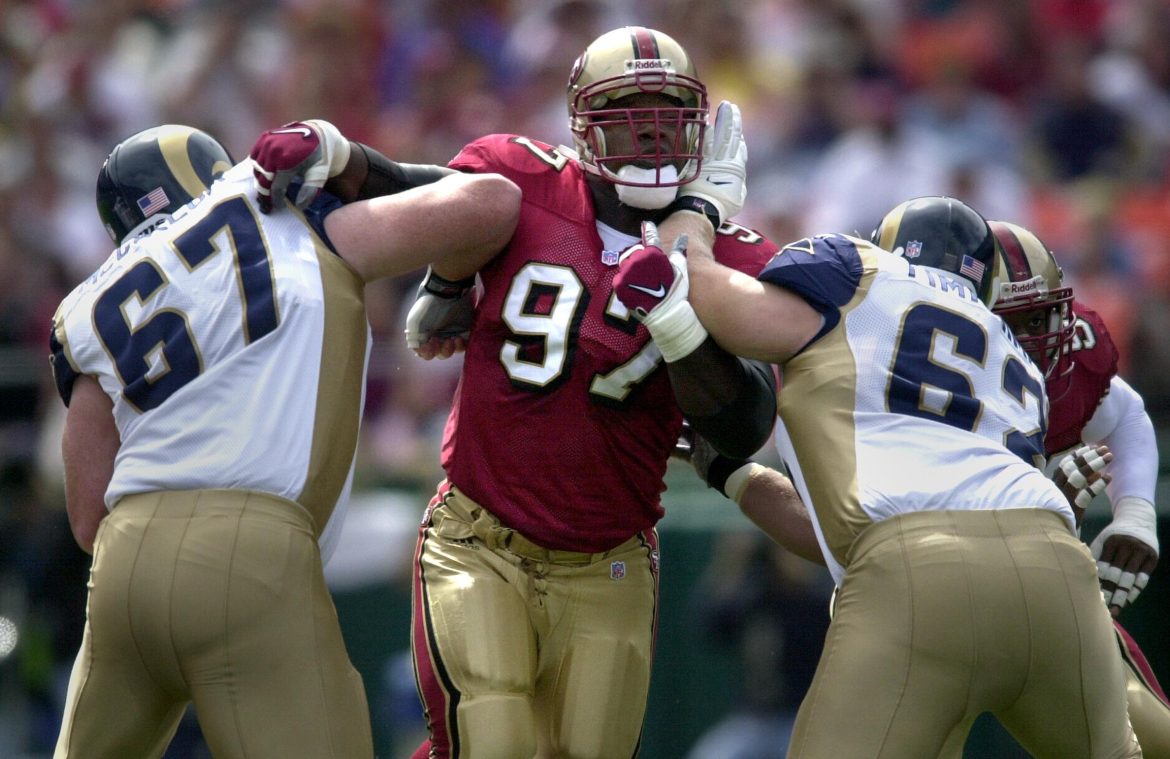 Bryant Young leaned on his faith in the toughest moments of his life and honored the Lord on the biggest stage of his career.

Young, one of the best defensive tackles in the NFL during his 14-year career spent entirely with the San Francisco 49ers, was enshrined in the Pro Football Hall of Fame on Saturday along with the seven other members of the Class of 2022.

During his emotional speech, Young broke down honoring his son, Colby, who died of pediatric cancer in 2016 at age 15.

“I’ve introduced five of our children. Now I’d like to let you meet Colby,” Young said before discussing his child’s battle with cancer. “Colby sensed where things were heading and had questions. He didn’t fear death as much as the process of dying. Would it be painful? Would he be remembered? We assured Colby we’d keep his memory alive and continue speaking his name. On October 11, 2016, God called Colby home. Colby: you live on in our hearts. We will always speak your name.”

Young thanked his wife, his children, his family, his friends, teammates, and many more people who impacted and influenced his career.

“And above all, a gracious God,” he said.

Young was a first-round pick by the 49ers in 1994 after a successful college career at Notre Dame. He helped San Francisco win a Super Bowl as a rookie. A few years later, a severe leg injury nearly ended his career, but Young battled back and was AP Comeback Player of the Year in 1999.

He finished his career with 89 1/2 sacks and earned four Pro Bowl selections in an era filled with talented players at the position.

“Football also brought adversity. During a November 1998 game against the Giants, my right leg was badly broken. There were complications. I could have lost my leg,” Young said during his speech. “I fought back, playing another nine seasons. But while dealing with the injury, Kristin was pregnant with Kai. Few knew it at the time. Rather than being cared for, Kristin was caring for me. My vulnerability and loss of control were disorienting. I learned some things about trusting God, living with doubt, [and] accepting help. We passed the test. But another loomed.”

Young paused after sharing about Colby and received a standing ovation from the crowd at Tom Benson Hall of Fame Stadium. He composed himself and finished his speech, inspiring many in the crowd to tears.

“I’ll close with some lessons I’ve learned along the way: From my pain, I’ve found purpose. Letting someone grab my hand is as important as reaching for theirs,” Young said. “In an isolated world, personal connections matter more than ever. I keep my gaze on Christ and pour myself into good works, including the Pediatric Brain Tumor Foundation. And I’ve learned to trust God’s plan and timing, not mine. In this, my 10th year of eligibility, I enter the Hall as a member of its 2022 class. Twenty-two. It was Colby’s favorite number. Thank you.”

“I thank God for football and for the people of Jacksonville,” Boselli said.

Vermeil, who coached the Philadelphia Eagles, St. Louis Rams, and Kansas City Chiefs, wrapped up the ceremonies with a 23-minute speech that far surpassed the 8-minutes allotted to each member.

“I will forever be appreciative and grateful for this honor,” Vermeil said in closing.