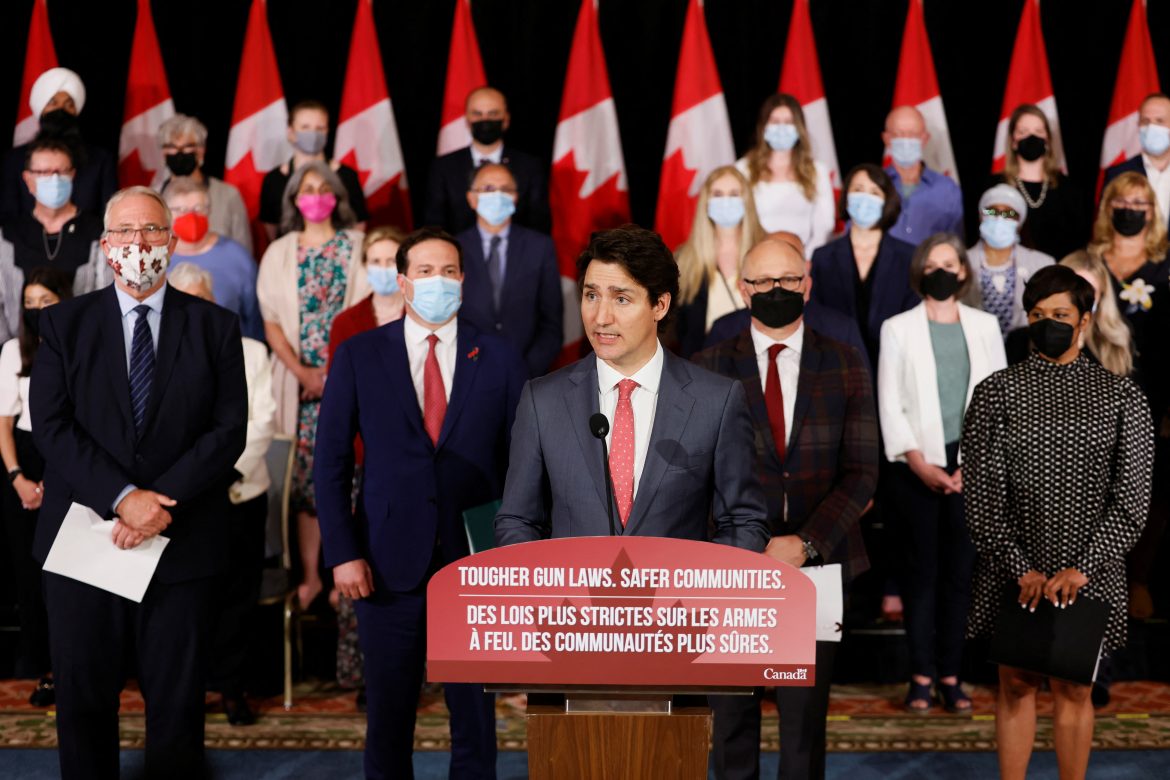 Trudeau alluded to the multiple mass shootings in the U.S. when announcing the bill, saying “people should be free to go to the supermarket, their school, or their place of worship without fear.”

NOW – PM Trudeau: "It will no longer be possible to buy, sell, transfer, or import handguns anywhere in Canada."pic.twitter.com/rVd5gWgEtq

“We’re introducing legislation to implement a national freeze on handgun ownership. It will no longer be possible to buy, sell, transfer or import handguns anywhere in Canada. In other words, we’re capping the market for handguns,” Trudeau said.

Beyond the national handgun freeze, the bill also includes “the revoking of firearms licenses of those involved in acts of domestic violence or criminal harassment; and the imposing of increased criminal penalties for gun smuggling and trafficking,” RealClearPolitics reports.

“So the idea of these high-caliber weapons is of — there’s simply no rational basis for it in terms of thinking about self-protection, hunting,” Biden said after mentioning the lethality of a 9mm bullet saying it “blows the lung out of the body.”

FISM News noted that it’s unclear if Biden overestimated the power of a 9mm or if he was mistakenly referring to a more powerful firearm.