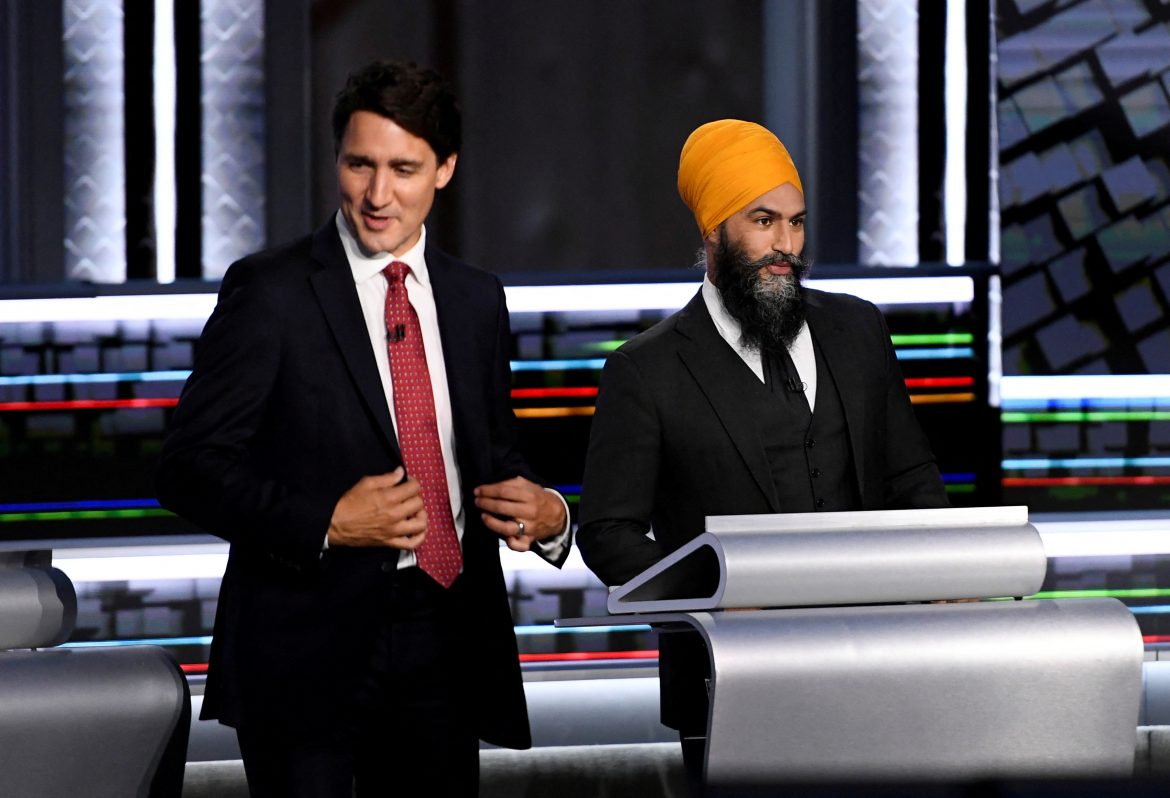 Governments with a minority of seats in parliament, like the one Trudeau now leads, tend to last an average of about two years, but this rare written agreement could permit it to go the entire four-year term after last year’s election.

“What this means is that during this uncertain time, the government can function with predictability and stability, present and implement budgets, and get things done for Canadians,” Trudeau said.

After the election six months ago, New Democrat leader Jagmeet Singh ruled out a deal with the Liberals, saying he was willing to support Trudeau only on a case-by-case basis.

On Tuesday, the two parties published a list of priorities they had agreed upon.

The Liberals said they would back a national dental-care program for low-income Canadians and move forward on a national prescription-drug coverage program, both cornerstone campaign pledges for the NDP.

The Liberals and New Democrats also said they would develop a plan to phase out financing for the fossil fuel sector, starting in 2022.

Trudeau, who has been in power since 2015, will have more than three years to deliver on his main campaign promises, like fighting climate change or addressing a national housing shortage.

“We have a document … that will be used to analyze and verify the government’s actions,” Singh told reporters. “We will use our power to help people,” he said, while remaining an opposition party with no role in government.

“This is nothing more than a Justin Trudeau power grab,” Bergen said, adding that it would lead to “the decimation” of the country’s oil and gas sector.

In the House of Commons, the deal will give the government 184 total votes. A majority is 170 and the Liberals have 159 by themselves. Singh said the deal would stay in place as long as the Liberals lived up to their commitments.

“It is fairly unusual for a government to sign this kind of agreement with an external party when there’s no actual threat of it being toppled,” said Karl Belanger, NDP’s former national director.

The presentation of this year’s budget, which is expected early next month, is one of the factors affecting the timing of the deal, Belanger said.

“Instead of going for a piecemeal approach in this budget, why not try to secure some kind of long-term stability?” he said.

Trudeau has failed to gain a majority of seats in parliament in the past two elections, but this deal could extend his total time in power to a decade.

The left-leaning NDP has backed Trudeau in key votes since 2019. This agreement formalizes future support without creating a coalition with the New Democrats in cabinet.

While a so-called “supply-and-confidence agreement” is not unheard of in Canadian politics, it is unprecedented to have such an agreement in writing at the federal level.

In 2004, Conservative leader Stephen Harper sought to unite the opposition to bring down Paul Martin’s Liberal government, but failed. However in 2017, an NDP government in British Columbia functioned with the informal support of the Green Party until 2020.

In 2005, the NDP led by Jack Layton propped up Paul Martin’s Liberal government for a period. The Liberals ended up losing power in the 2006 election, while the NDP gained seats, and in 2011 became the largest opposition party.

“It’s definitely rare,” said Jonathan Malloy, a professor of political science at Ottawa’s Carleton University, referring to the agreement. “The Liberals obviously benefit from this because they get to survive.”