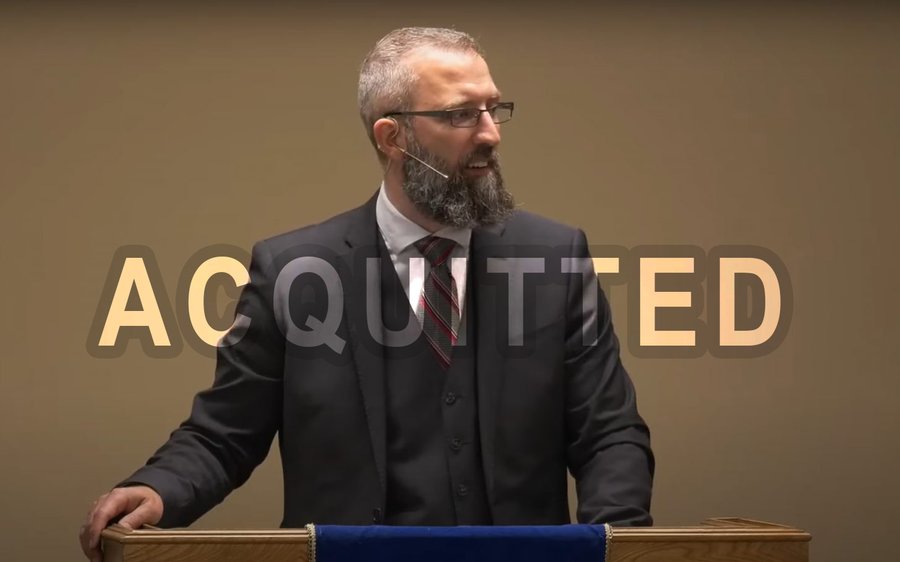 A Canadian pastor who was arrested and jailed for holding church services in violation of the country’s strict COVID-19 public health mandates has been acquitted.

In his written decision, Fradsham said that Stephens was not legally responsible for the conduct of individual church members in adhering to social distancing requirements and that his only obligation was to follow the guidelines himself, which, according to the judge, he did.

Fradsham went on to acknowledge that “The responses of various levels of government to the Covid pandemic resulted in the imposition of restrictions on several freedoms hitherto taken for granted by the Canadian public” but clarified that his decision narrowly focused on the specific accusations against Stephens regarding alleged social distancing violations on Feb 28 and March 7.

“I am not satisfied beyond a reasonable doubt, or at all, that Pastor Stephens, on either of those two dates, failed to ‘maintain a minimum of 2 meters distance from every other person,” Fradsham wrote before concluding, “I find the accused not guilty.”

Stephens issued a brief statement on Twitter following his acquittal.

“This is vindication, not only for me, but vindication that the government grossly abused their power,” he wrote. “In all of this, I rejoice since the gospel of Jesus Christ went forth in power, and Christ built his church. All glory to God!”

A second tweet offered a dispassionate yet disturbing glimpse into the pastor’s ordeal.

Canada’s COVID-19 restrictions were among the most severe in the world. Faith leaders, in particular, were targeted with harsh crackdowns, leading to accusations that the government was abusing its newfound powers to persecute the Church.

Stephens, along with other Christian pastors, including James Coates and Artur Pawlowski, were subjected to harassment, surveillance, forced shutdowns, and arrests.

The premier of Alberta — the province in which all three pastors were separately arrested — recently issued the first public apology from a Canadian premier for the unprecedented overreach used in enforcing coronavirus protocols, as reported by Toronto’s Rebel News.

Premier Danielle Smith announced on Oct. 22 that she had begun working on a plan to pardon residents who were fined or arrested over breaking health protocols. She also apologized to unvaccinated Canadians whom she acknowledged were subjected to “discrimination.”

“I’m deeply sorry for anyone who was inappropriately subjected to discrimination as a result of their vaccine status,” Smith said. She also apologized to government employees who were fired for refusing the vaccine, adding that she would “welcome them back if they want to come back.”

FISM reached out to Premier Smith to inquire as to whether she will also apologize to Pastor Stephens, in light of his acquittal, but did not receive a response.

This article was partially informed by a Christian Headlines report.