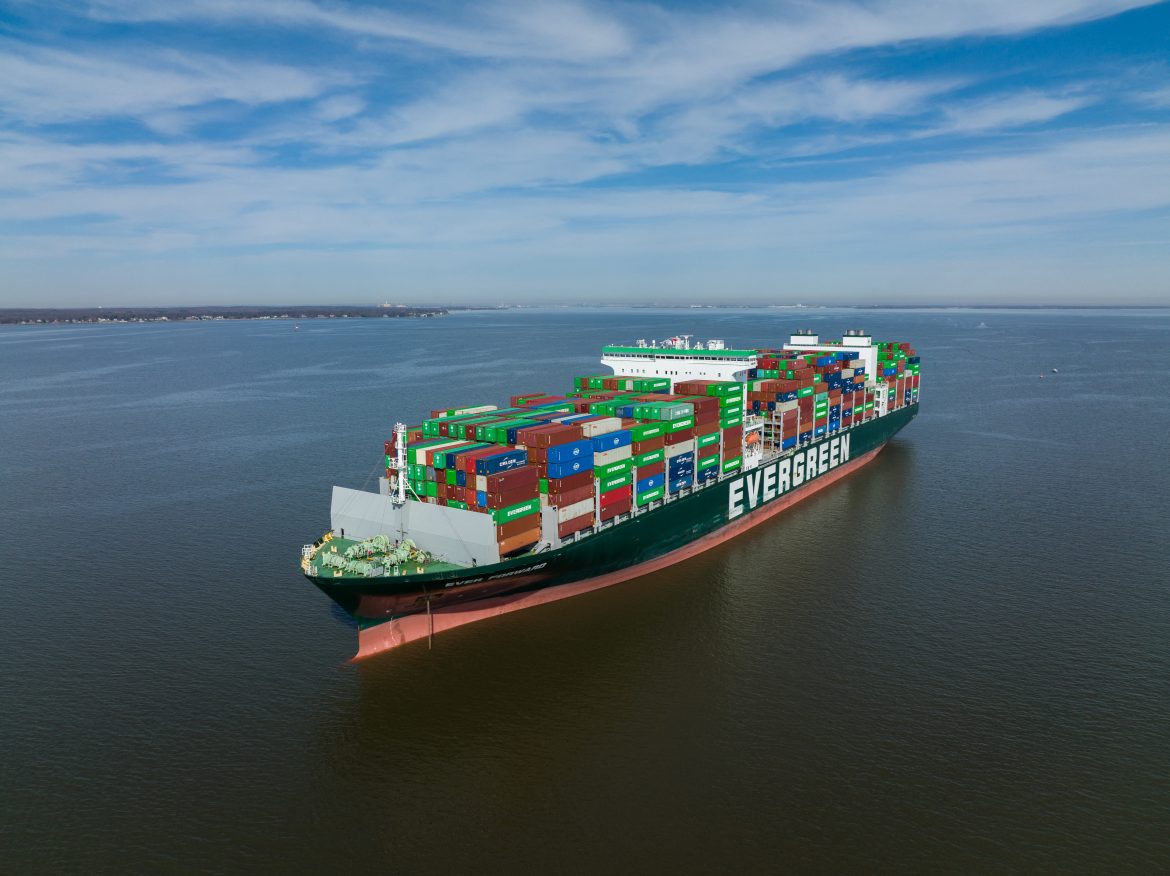 The Ever Forward container ship is currently grounded in the Chesapeake Bay near Baltimore, according to the U.S. Coast Guard, nearly a year after another ship run by the same company blocked the Suez Canal for six days.

The container ship is operated by Evergreen Marine Corp Taiwan Ltd, the same Taiwanese transportation company that operates the Ever Given. The Ever Given ran aground last March, blocking traffic in the Suez Canal, one of the world’s busiest waterways and the shortest shipping route between Europe and Asia.

The Coast Guard received reports on Sunday that the Ever Forward was grounded and is now conducting checks every four hours to ensure the safety of the crew on board and marine life, according to Petty Officer 3rd Class Breanna Centeno.

The Coast Guard says the ship is grounded outside of the canal and is not blocking the traffic of other container ships. 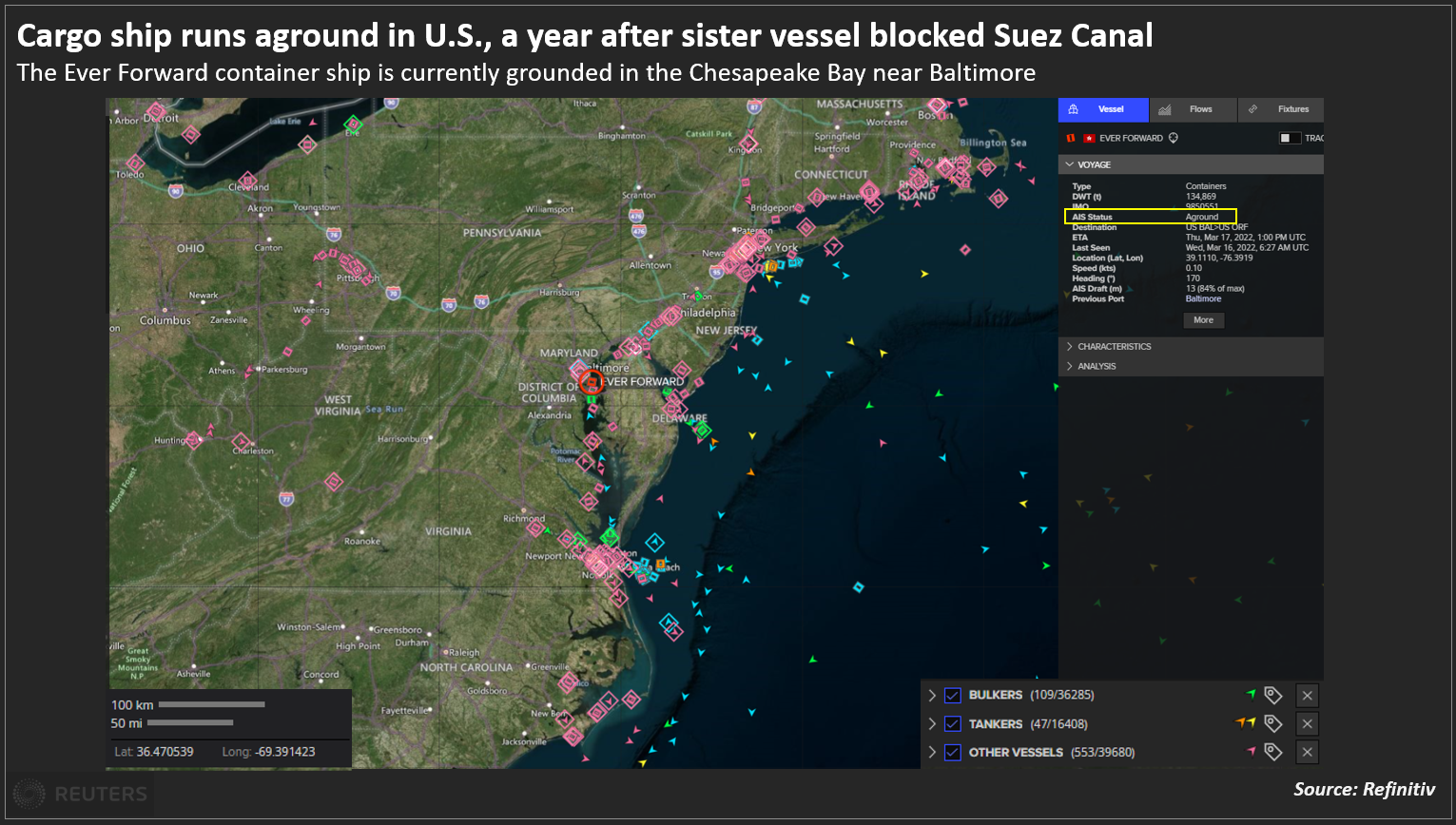 Evergreen Marine said in an emailed statement that the incident had not caused a fuel leakage, and did not block the navigation channel or disrupt traffic entering or leaving the port.

“Evergreen is arranging for divers to conduct underwater inspections to confirm any damage to the vessel, and is coordinating with all the concerned parties to refloat the ship as soon as possible,” it said.

“The cause of the incident is under investigation by the competent authority.”

Researchers identify genetic mutation that may be cause of infant leukemia