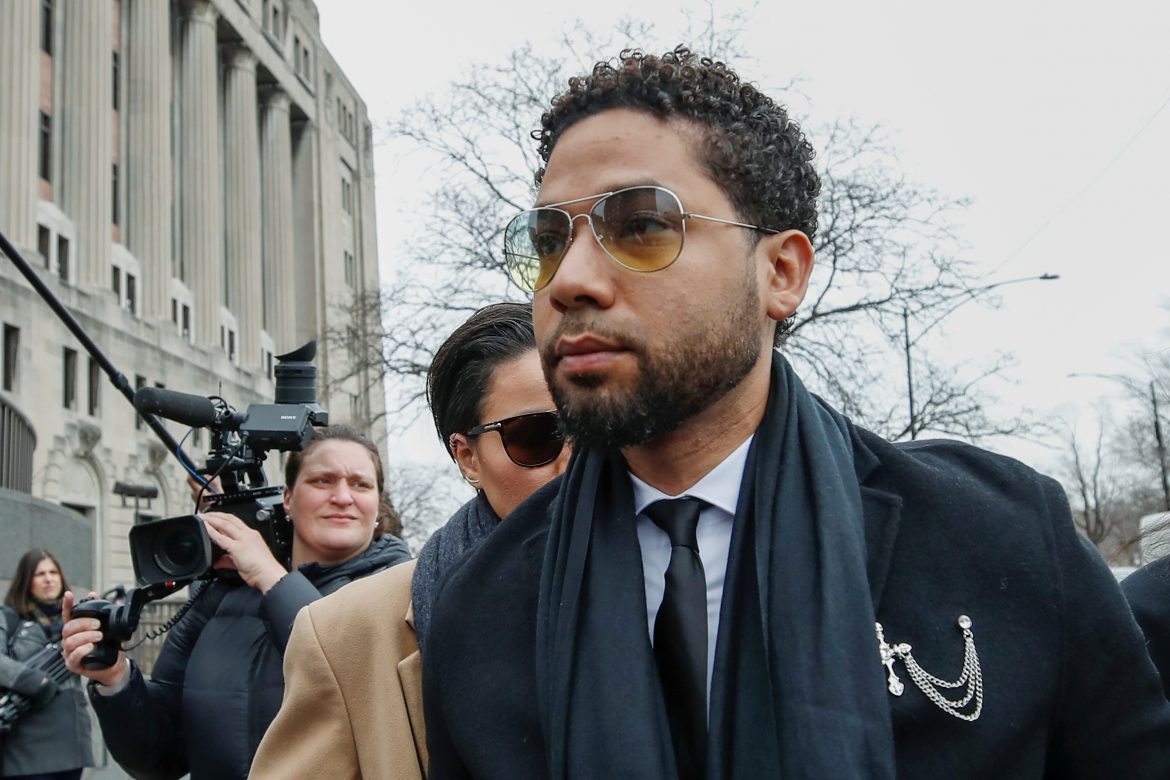 The trial of a disgraced actor is under way for allegedly faking his own attack in an effort to gain publicity and advance his career.

Over two years ago, Empire star Jussie Smollett was arrested after police alleged he made a false report about being the victim of a violent attack. After originally investigating the claims of a racially motivate attack by Smollett, police later focused their investigation on Smollett because they were unable to find any evidence of an actual attack. Police say that the attack was staged and that Smollett paid two brothers to participate in the “crime.”

Smollett has maintained his innocence, so now it is up to a Chicago-based jury to decide who is lying: Smollett or the pair of brothers who supposedly roughed him up?

The trial began on Monday after a final jury selection late in the afternoon and with opening remarks made by the prosecution and defense teams. While the prosecution explained allegations that the black homosexual man participated in his own “hate crime,” defense attorneys called him a “real victim.”

Smollett’s legal representative, Nenye Uche, addressed a jury evenly split by gender along with the two female alternates about an “elephant” that needed to be addressed, saying, “We shall name this elephant: assumptions.”

Uche continued, “Jussie Smollett is a victim — it’s a shame I have to say it. This rush to judgment has destroyed Jussie’s life.”

Early in the morning of January 29, 2019, Smollett reported to police that he was attacked by two men who struck the actor hard enough to leave a bruise while shouting homophobic and racial slurs, along with former-President Donald Trump’s slogan “make America great again.” Smollett said the men ended the attack by placing a noose around Smollett’s neck and pouring bleach on his skin.

On February 21, 2019, the then-police superintendent of Chicago announced that Smollett was being charged because he knowingly participated in the alleged crime, and subsequently making a false report. Jurors of the trial are expected to review footage from around four dozen different cameras that police reviewed when investigating the case.

Evidence shows that the two brothers, Abimbola and Olabinjo Osundairo, at once received a $3,500 check from Smollett. They also corresponded with him through texts and phone calls leading up to the attack. The Osundairo brothers are expected to testify that they followed through with a plan devised alongside Smollett to help him receive greater public attention to help boost his career. The plan backfired as Smollett lost his role for the final season of Fox’s “Empire” drama due to the alleged hoax.

Smollett’s trial is notable for two reasons: it touched on political and racial tensions in the year the potential crime-in-question occurred, and because the charges were dropped in a move that Chicago’s mayor and superintendent at the time had both decried as a miscarriage of justice.

Many saw this as a case in point where the media was quick to call out a case of racial or homophobic injustice without looking first at the evidence. Vice President Kamal Harris, was one of those who were quick to come to Smollett’s defense:

.@JussieSmollett is one of the kindest, most gentle human beings I know. I’m praying for his quick recovery.

This was an attempted modern day lynching. No one should have to fear for their life because of their sexuality or color of their skin. We must confront this hate.

Harris later took back her statements, saying she was “sad, frustrated, and disappointed” by the reports that Smollett had staged the ruse.

A special prosecutor, US Attorney Daniel Webb, investigated the case to see if the actor had received preferential treatment. Ultimately, he placed six felony charges on Smollett for disorderly conduct for a false crime report. Webb wrote in a Feb. 2020 statement that he charged the actor for reasons “including the extensive nature of Mr. Smollett’s false police reports, and the resources expended by the Chicago Police Department to investigate these false reports.”

The investigation of Smollett’s claims reportedly cost Chicago $130,000 just in police overtime pay. The false report charge is punishable in Illinois by up to three years of prison time and a $25,000 fine.

The trial is expected to conclude within a week.