Preliminary data from the Customs and Border Patrol office (CBP) shows that there were over 170,000 border crossings in the month of March. Not only is this a 70,000 unit jump from February, it is a record number that hasn’t been surpassed in over 15 years.

The data, obtained ahead of time and reported by The New York Times and The Washington Post, was also broken down into some demographics. Unaccompanied minors, who have been reported coming to the border in record numbers even before this report, had a staggering amount of apprehensions at 18,500. The previous record was held in May of 2019 at 11,861 as reported by the chart below, which does not currently include the March 2021 data reported above. 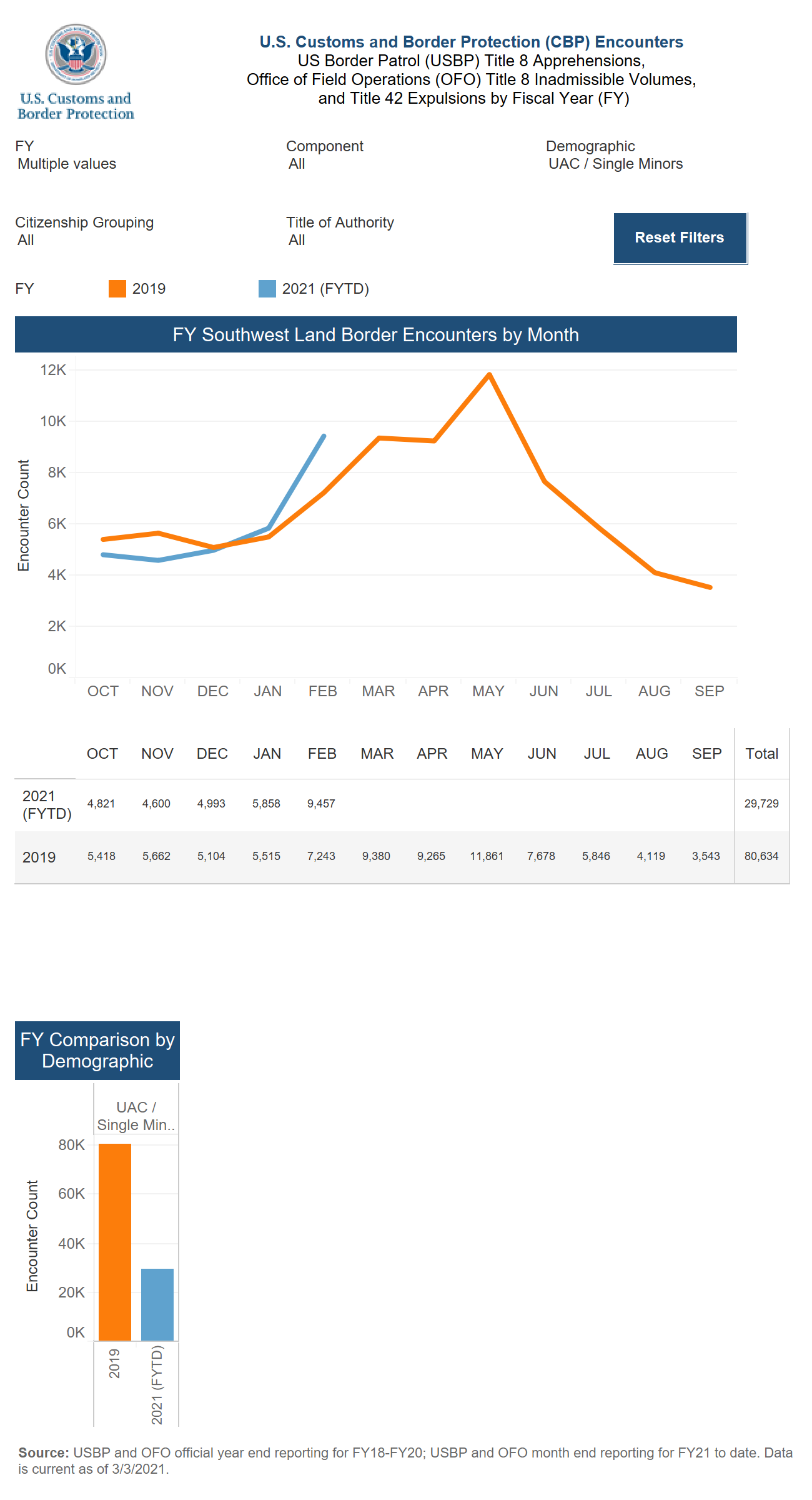 A media blackout that has since been lifted has also highlighted the struggles going on in U.S. detention facilities. A report from CBS said that one facility in Donna, Texas was over 1,600% of its suggested capacity following COVID-19 guidelines and regulations. One lawyer representing the unaccompanied minors at this location in particluar said that some of the boys at this facility told her “that conditions were so overcrowded that they had to take turns sleeping on the floor.”

These numbers come out as the Biden administration grapples with a tumultuous representation of the U.S. southern border. President Biden is trying to discourage immigrants from approaching the border even though many are ignoring the message. It was reported that one mother sent her son to the border because she assumed that Biden will not send “unaccompanied minors like her son” away.

Biden has since tasked Vice President Kamala Harris with handling diplomacy between the U.S. and Mexico, Guatemala, Honduras, and El Salvador which have seen a large numbers of emigration. Her mission is to address the problems in these countries that are causing citizens to migrate to the U.S. Even in his announcement, Biden told Harris “I gave you a tough job, and you’re smiling, but there’s no one better capable of trying to organize this for us.”

Republican Senators Chuck Grassley (R-Iowa) and John Cornyn (R-Texas) have since asked for the Senate Judiciary Committee to hold a hearing on the border situation, which would include testimonies from Biden officials.