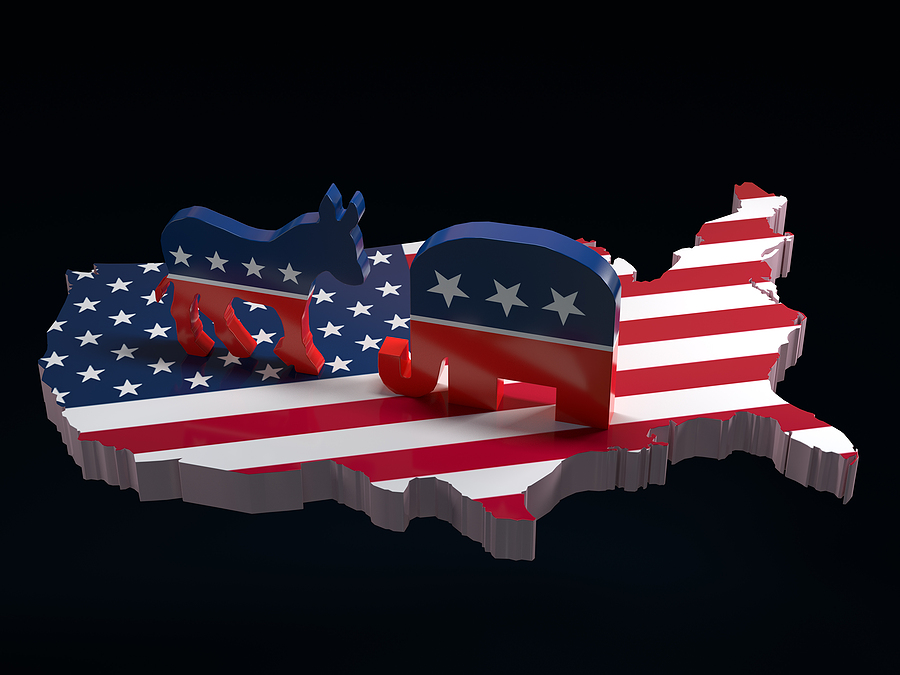 A new Gallup study points to a major shift in the political preferences of Americans over the past year that should worry Democrats. While 2021 began with the Democratic party holding a comfortable 49 to 40 percent edge in voter identification, Republicans overtook them by the end of the fourth quarter with a 47 to 42 percent lead – the GOP’s largest since 1995.

In its report on the poll’s findings, Gallup noted that the shift in party preferences largely mirrored President Biden’s approval ratings, which took its first significant hit amid a trio of challenges that included the emergence of the COVID-19 Delta variant, the military’s chaotic withdrawal from Afghanistan in August, and the onset of the nation’s historic inflation woes.

Democrats still held a net advantage over the average of all four quarters of the year, with slightly more Americans identifying as Democrats or “leaning Democratic” (46%) than Republican (43%), but Gallup says the full-year average conceals a major shift over the course of 2021 that wound up giving Republicans a rare five-point advantage over the Democratic party in the fourth quarter. 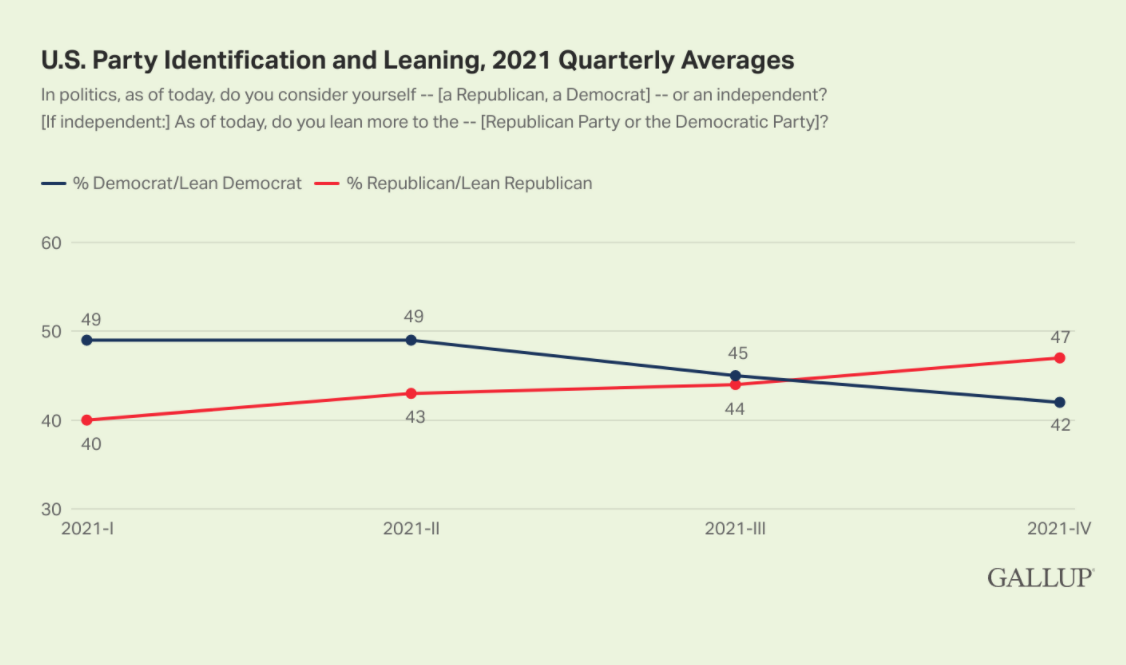 Gallup drew its results from aggregated data it collected from 2021 telephone surveys which included interviews with over 12,000 randomly-sampled adults in the U.S. During its interview process, Gallup asks each participant whether they identify politically as a Democrat, a Republican, or independent. Respondents who identify as independents are then asked if they lean more toward the Democratic or Republican Party. Gallup then combines the percentage of party “identifiers” and “leaners” to determine the “relative strength of the two parties politically.”

Both the Democratic edge of the first quarter of 2021 and the Republican’s advantage in the fourth are among “the largest” Gallup has seen since it began measuring party identification in 1991.

The authors of the poll attributed Democrats’ nine-point lead at the beginning of 2021, in large part, to former President Trump’s waning popularity at the end of his term in office when he saw a 34% job approval rating following his defeat in the 2020 election at a time when COVID-19-related deaths were rising.

The poll results could spell trouble ahead for Democrats hoping to maintain control of the House and Senate in this year’s midterm elections.