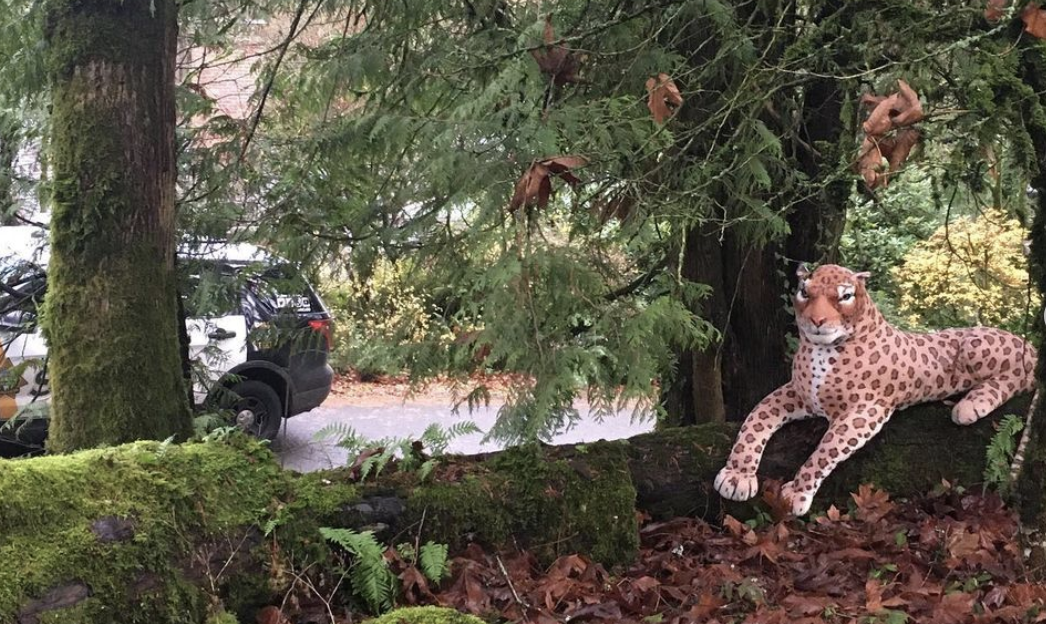 An investigation in the Portland area started in panic and ended with laughter as a sheriff’s deputy investigated a big cat sighting, turning out to be a large stuffed animal cheetah.

The Multnomah County Sheriff’s Office said southwest Portland residents reported seeing a big cat with spots in a neighborhood close to the outskirts of the Oregon zoo.

“The caller said the animal looked like a cheetah, but did not appear to be aggressive. Big cats are not uncommon in this area, cougars have been spotted in the West Hills periodically over the years, but a possible cheetah, this was new for us,” the sheriff’s office said in a Facebook post.

On the way to the scene, the Oregon Zoo confirmed its animals were all accounted for in their enclosures, including the cheetahs.

Upon arrival, the deputy had a suspicion this was a safe cat to approach and used his “ninja-like skills” to sneak up on the animal.

“Of course, it sat there dumbfounded that I was able to get so close for a couple of photos. Turns out it was a stuffed animal,” the deputy said.

The callers said they were confused, but happy to let the sheriff take custody of the illusive Cheetah.

In a humorous instagram post the sheriff’s office was able to leverage the event to make a public service announcement about not leaving trash out and accessible to animals. Additionally, they mentioned installing motion activated lights, as to minimize the chances of any unwanted guests near the neighborhood sneaking up on residents.

New And Rediscovered Species Found In Pristine Andes Of Bolivia