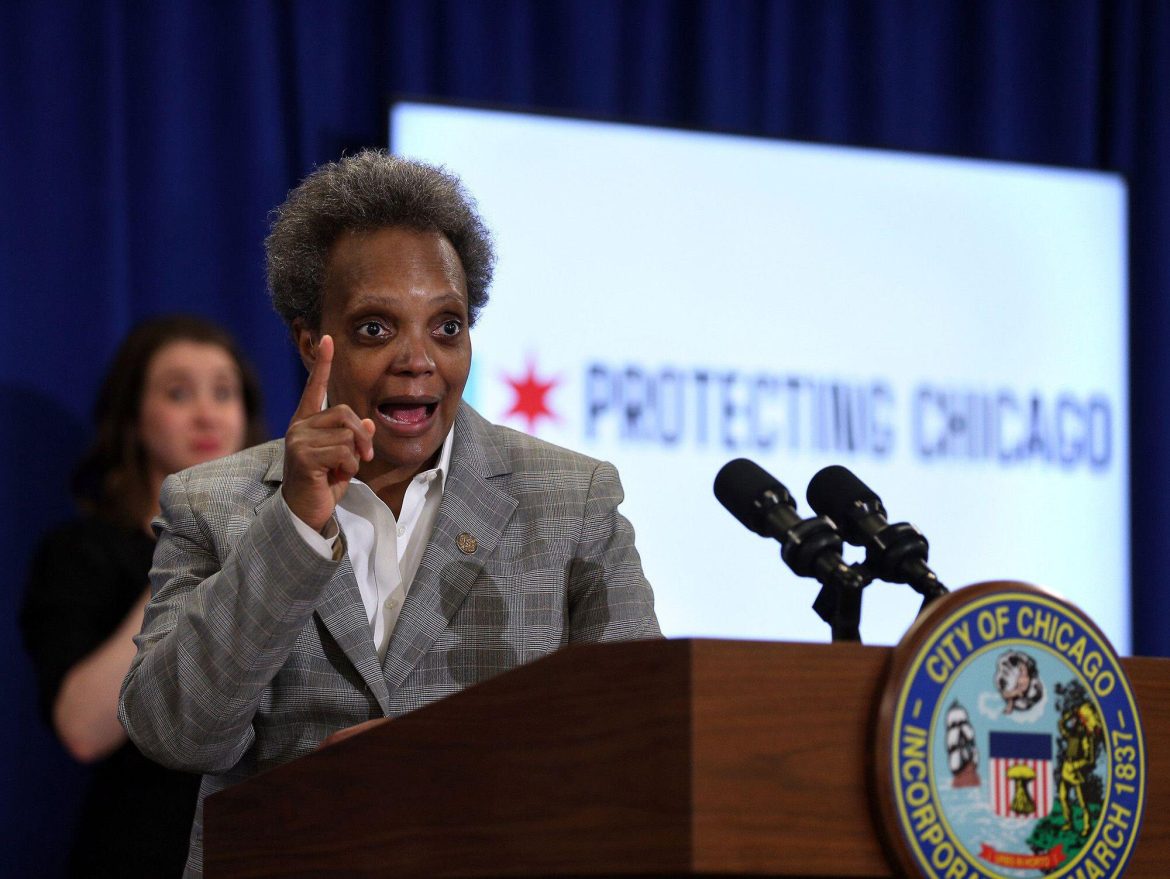 The Chicago Police Department ignored more than half of high-priority 911 calls in 2021 due to a lack of officers, according to a shocking new report.

Wirepoints blog reported that in 2021, there were 406,829 high-priority emergency service calls in Chicago to which no officers responded, representing 52% of the 788,000 high-priority service calls dispatched. The information was disclosed through a public records request to the CPD.

According to the CPD website, high-priority calls include situations involving an “immediate threat to life, bodily injury, or major property damage or loss.” Such calls are to be “dispatched within 10 minutes.”

Despite claiming that she does not support defunding the police, Democratic Mayor Lori Lightfoot slashed the department’s budget by $58 million last year, which included cutting more than 500 vacant positions.

In 2021, 965 sworn officers and 100 non-uniformed personnel resigned or retired and were not replaced as the city’s crime continued to soar out of control, forcing the mayor to plead for federal assistance. The CPD has lost 300 officers so far in 2022, with staffing hitting a new 30-year low, The Daily Mail reported.

In addition to gutting the police budget, Lightfoot threatened to fire law enforcement personnel who defied the city’s COVID-19 vaccine mandate in 2021 — which would have amounted to roughly 35% of the force — before a judge blocked the mandate’s enforcement. The threat resulted in a contentious public feud between Lightfoot and Chicago Fraternal Order of Police President John Catanzara and contributed to multiple resignations and early retirements within the force.

In an abrupt about-face, the same mayor who defunded the CPD budget introduced a plan to “refund the police” in August 2021. The following month, she released a $16.7 billion spending plan to increase the CPD’s annual budget to $1.9 billion, up from $1.7 billion in 2021. The plan depended on the use of federal funds to fund community programs and bail the city out of a staggering deficit that has grown under Lightfoot’s leadership.

The effort thus far has failed rather spectacularly. According to CPD statistics, theft in the city has increased 66% so far this year, with car theft jumping 47%. Burglaries and robberies have increased 33% and 20%, respectively. Incidents of criminal sexual assault increased 23% between 2020 and 2022. Reported murders, surprisingly, have dropped 15% so far this year following a 30% jump between 2019 and 2021.

Crime in the city has gotten so bad that the Chicago Bears are reportedly drawing up plans to relocate outside of the city limits.