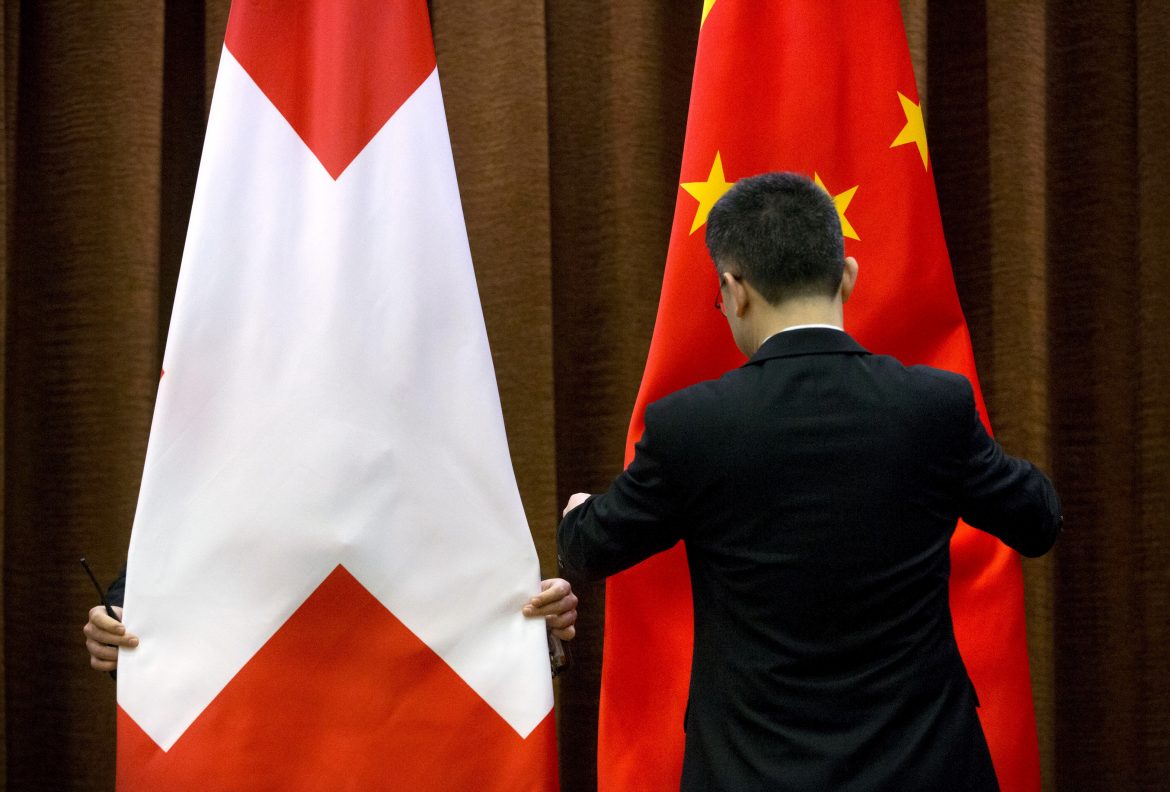 Efforts by Switzerland to refresh its free trade agreement with China have stalled as Bern takes a more critical view of Beijing’s human rights record, Swiss newspapers reported on Sunday.

Switzerland and China signed a free trade agreement in 2013, Beijing’s first such deal with an economy in continental Europe. The move was styled as a mutually beneficial pact aimed at contributing to increased trade between the two economies.

Switzerland has been trying to update the accord to extend tariff reductions to more Swiss products and to expand the agreement to include sustainability features. However, Beijing is not engaging, the newspapers said.

“So far it has not been possible to agree on a common list of topics that should be explored in greater depth,” Switzerland’s State Secretariat for Economic Affairs (SECO) said in a statement to newspaper SonntagsBlick.

China’s foreign ministry did not immediately respond to a request for comment outside working hours on Sunday.

NZZ am Sonntag, under the headline “The Chinese impasse”, said Switzerland had become more critical of China’s human rights record.

Western states and rights groups accuse Xinjiang authorities of detaining and torturing Uyghurs and other minorities in camps. Beijing denies the accusations and describes the camps as vocational training facilities to combat religious extremism.

“If we, as a small economy, constantly point the finger of rebuke at China, nothing will change, except that relations will eventually break down,” he told the newspaper.