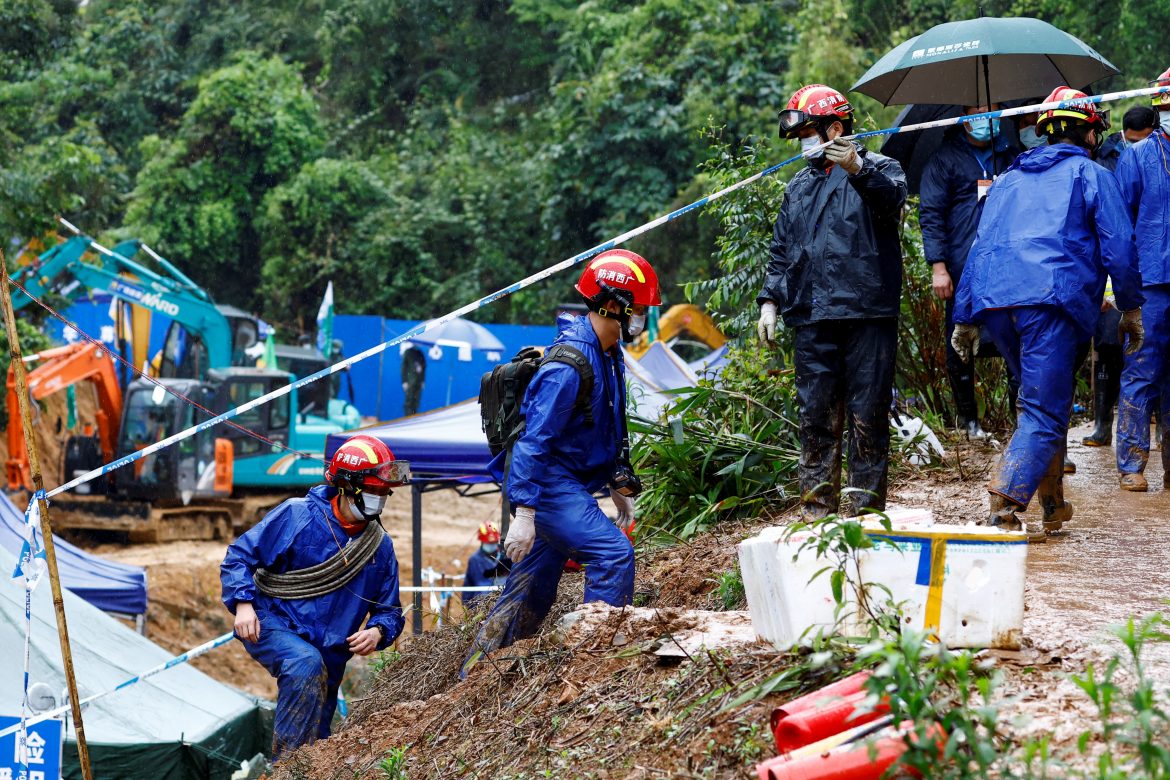 Reports out of China suggest that the Chinese Communist Party (CCP) is being extremely restrictive in providing information on the investigation into the plane crash that killed all 132 people, leading some to question what they are hiding.

Communication, especially web-based communication, is tightly monitored by the CCP in China. A report from Radio Free Asia (RFA) states, “The ruling Chinese Communist Party (CCP) is moving to delete rumor, speculation and opinion about the China Eastern crash from the country’s tightly controlled internet, while even state-approved journalists have reported problems gaining access to the crash site.”

While news of China hindering communication and restricting the access that reporters and the rest of the world have to its country is not surprising, doing so amid an international tragedy has raised concerns, especially since the crash happened more than a week ago.

Authorities have yet to publish a basic list of passengers and crew, causing family members of victims to also question the government. They had made an online appeal to the government, complaining that they were being left in the dark. The appeal has since been taken down.

RFA reported, “China’s powerful Cyberspace Administration said on March 26 that it has deleted more than 279,000 posts containing ‘illegal content’ relating to the crash, including 167,000 rumors and 1,295 hashtags. It said it had also shut down 2,713 social media accounts.”

China will continue to lead the investigation because the plane departed a Chinese airport and crashed in a Chinese city. The United States, the country where the plane was built, however, also has the right to participate in the investigation. Chinese had not granted visas to American investigators and technical advisors from the U.S. National Transportation Safety Board (NTSB) until today.

According to Reuters, international standards dictate that “a preliminary report into an accident needs to be lodged with U.N. aviation agency ICAO within 30 days. Such initial reports tend to be factual and brief, laying out the information known to date from maintenance records, air traffic control recordings, and the black boxes if found, rather than a cause of the crash.” No rule or law states that these reports need to be made public, and a final report including a cause for the crash is required to be filed within a year.

To date, both black boxes from the crash have been found and should shed some light on the cause of the crash if the Chinese government provides transparency. Experts say that it could take weeks or months to retrieve and analyze the data on the black boxes, but they are optimistic that the information will help to provide answers and closure to the case.

RFA made a special note of one rumor that has been consistently scrubbed from social media accounts in China. The rumor in question claims, “China Eastern had already sustained losses of tens of billions of dollars, and had slashed maintenance costs in a bid to improve its financial situation.”

China-based journalist Huang Tao told RFA, “There is probably a lot of evidence at the scene indicating something that they don’t want reporters to find out about.” He continued, “You can tell which reports are true by looking at what they are deleting. The reports that the airline didn’t maintain [the aircraft] properly to save money … may be true; it’s looking more and more likely that it has to do with maintenance.”

Chinese authorities have reportedly allowed some family members to visit the crash site in small groups.