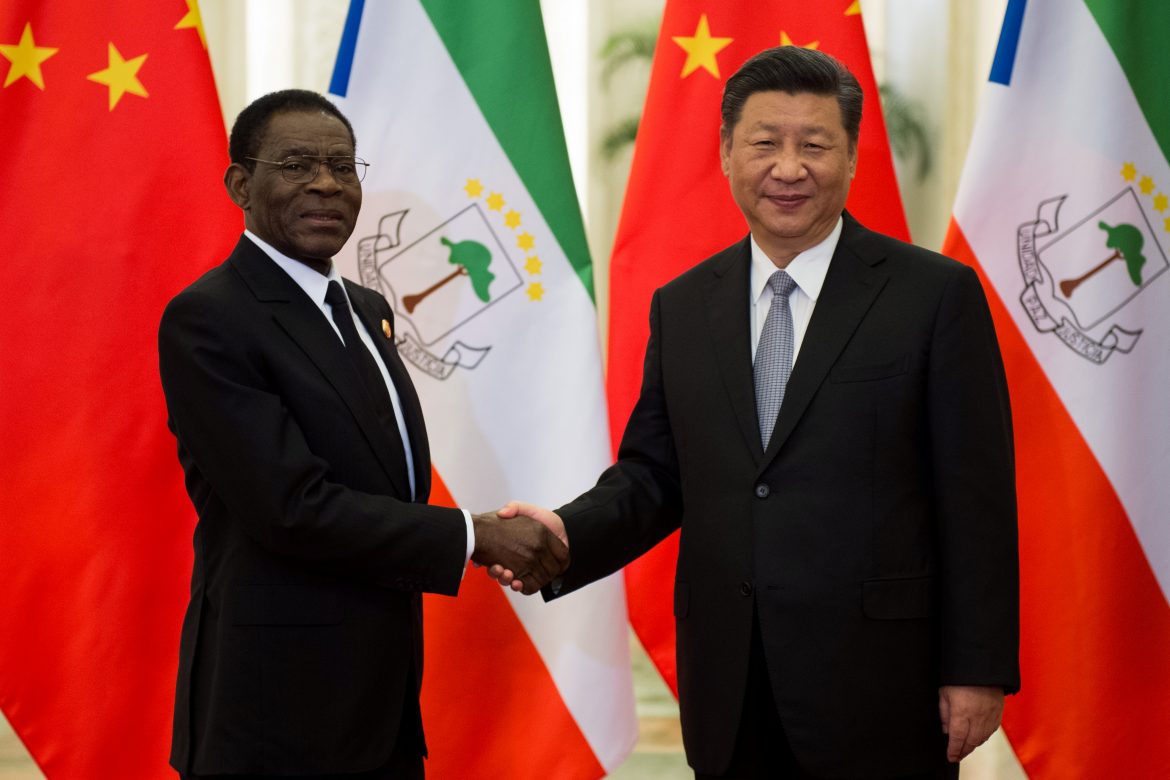 China is eyeing Equatorial Guinea as the site of its first military base on the Atlantic Ocean, in a move that has US officials concerned.

According to Fox News, U.S. Intelligence first learned of the possibility in 2019 and has started diplomatic efforts to put a stop to the plan. In April, General Stephen Townsend who serves as commander of U.S. Africa Command, described to the Committee on Armed Services that a Chinese naval base on the east coast of Africa would be dangerous to America:

This is the most significant threat, I think, from China would be to gain a militarily useful naval facility on the Atlantic coast of Africa. And by ‘militarily useful,’ I mean something more than a place that they can make port calls and get gas and groceries. I am talking about a port where they can rearm with munitions and repair naval vessels. They are working aggressively to get that, but we have not seen any of that come to fruition yet, and it is my number one global power competition concern.

According to Fox News, Equatorial Guinea’s port city, Bata, would be the site of the proposed Chinese naval base. Bata already has a deep-water port that would be ideal for what General Townsend described as a “militarily useful” naval facility. That same intelligence report states that the Bata port was upgraded between 2009 and 2014 by financing through the China Road and Bridge Company.

If these talks were to come to fruition, it would give China a strategic location from which to potentially launch attacks against the U.S., as Equatorial Guinea sits in the same ocean as the highly populated American eastern seaboard. This has led U.S. officials to plead with Equatorial Guinea president Teodoro Obiang Nguema Mbasogo to not move forward with negotiations.

“As part of our diplomacy to address maritime-security issues, we have made clear to Equatorial Guinea that certain potential steps involving [Chinese] activity there would raise national-security concerns,’ a senior White House official told The Wall Street Journal on Sunday.

This concern comes amidst rising tensions between the Chinese and American governments. Recently China has criticized U.S. warships frequenting the South China Sea; balked at an American delegation that recently visited Taiwan, and flexed their military might with successful hypersonic missile launches. Most recently the Biden administration has said it is considering a diplomatic boycott of the Winter Games in Beijing.

In a recent story, FISM described a worldwide economic/diplomatic strategy that China has used successfully in many lower income nations such as Equatorial Guinea called “debt traps.” China has already shown its ability to takeover the lone international airport in Uganda if Uganda were to default on a Chinese loan. These bait and switch tactics could also hold true for the potential naval base in Equatorial Guinea.

The intelligence report to the Committee on Armed Services also describes the fact that China, Russia, and Iran have  all taken diplomatic and economic steps to tap into the natural resources that the continent of Africa offers. General Townsend stated, “By 2050, 1 in 4 people on the planet will live in Africa. Rapidly-growing markets, 60 percent of the world’s arable land, and vast untapped resources, including strategic rare earth minerals, provide tremendous economic potential. Thirteen of the world’s 25 fastest-growing economies are in Africa.”

China and Russia have taken the lead in both diplomatic and economic relations with the continent, and many believe that the U.S. should join in. As of now, only about 0.3% of the DOD budget and 0.3% of DOD’s manpower are focused in Africa. With China and Russia continuing to pour money and diplomatic resources into the continent, however, it may be time for the U.S. to rethink their ties with Africa.