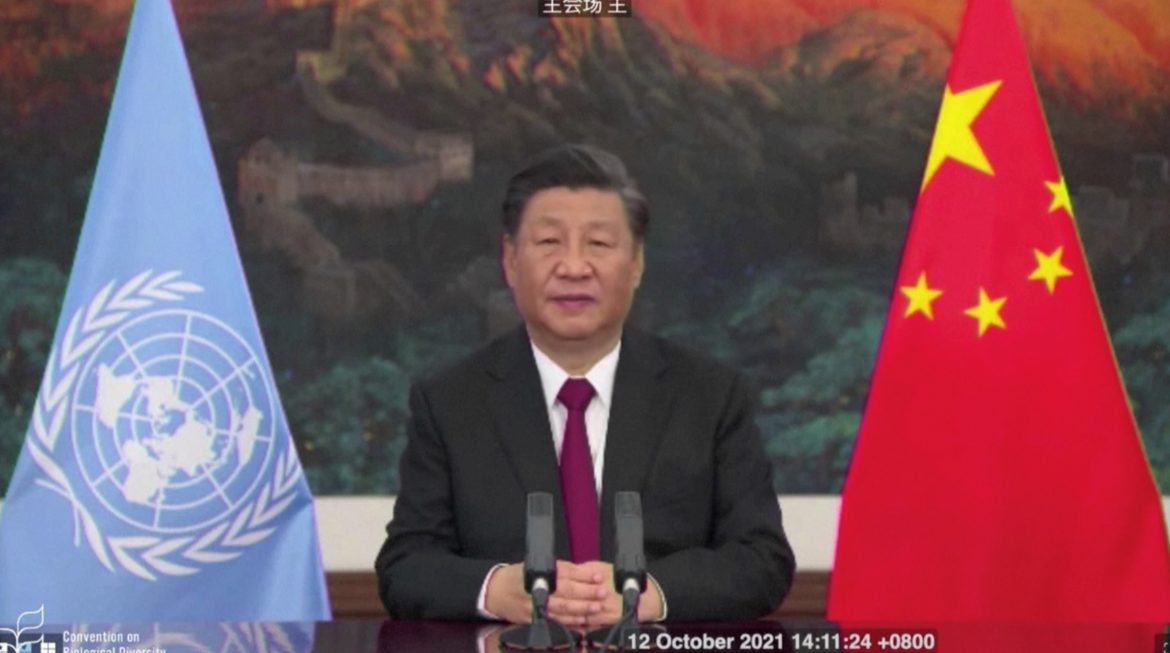 Although China’s military maneuvering in Taiwan have lessened in recent days, tensions between the U.S. and the world’s most populous nation remain heated.

On Thursday, only a day after defending repeated incursions into Taiwan’s airspace, China used one of its state-run media to send a message, presumably to both Taiwan and the United States in addition to its own people.

A Global Times editorial warned that continued U.S. involvement in Taiwan would result in a “death blow” for American soldiers.

“‘Rock solid’ is an expression that can deceive and appease radical forces in the island of Taiwan, but can never deter the Chinese mainland,” the editorial reads. “The mainland will resolutely continue strengthening its military preparation to gain decisive and overwhelming leverage to finally resolve the Taiwan question.”

The use of rock solid was intentional and in response to the phrase commonly used by the Biden administration to describe the United States’ relationship with Taiwan.

“Well, the U.S. commitment to Taiwan is rock solid and contributes to the maintenance of peace and stability across the Taiwan Strait and within the region,” White House Press Secretary Jen Psaki said in her Thursday press briefing. “This is why we will continue to assist Taiwan in maintaining a sufficient self-defense capability.”

China has long claimed ownership of Taiwan, but the island nation is a democracy that has never been governed by the Chinese communist party and has resolutely stated it is a sovereign nation.

He criticized China for aggressive actions against Taiwan saying the communist nation “has stepped up efforts to intimidate and pressure Taiwan and other allies and partners; including increasing their military activities, conducted in the vicinity of Taiwan, the East China Sea and the South China Sea; which we believe are destabilizing and only increase the risk of miscalculation.”

Kirby added he hoped China would adhere to what is known as the “Three Communiqués” – a trio of joint statements released by the U.S. and China between 1972 and 1982. Adhering to these statements, however, won’t necessarily solve the issue in Taiwan.

The first communiqué, released in 1972 following President Richard Nixon’s groundbreaking communications with China, states only that the United States “acknowledges” that people in both mainland China and Taiwan agree there is “but one China.”

Acknowledgement does not mean acceptance and in 1982, in conjunction with the third communiqué, the U.S. made “six assurances” to Taiwan, which all stated the United States would continue to support that nation.

Effectively, the Three Communiqués established a relationship between the U.S. and China, but never truly solved the question of Taiwan’s sovereignty. According to Kirby, the U.S. opinion on Taiwan as an independent nation is, officially, that the U.S. has no opinion.

“We take no position over the sovereignty of Taiwan — on sovereignty over Taiwan,” Kirby said, “(but) we will continue to support a peaceful resolution across straight issues consistent with the wishes and best interest of the people of Taiwan and our commitment to Taiwan is rock solid and contributes to the maintenance of peace and stability across the (Taiwan Strait) and within the region.”

“The US aims to create the greatest obstruction to China’s rise by playing the ‘Taiwan card,’” the editorial reads, “but this card is not the life-or-death one the US will defend regardless of costs and lives. The US’ own interests are always the starting point for the country’s Taiwan Straits policies.”