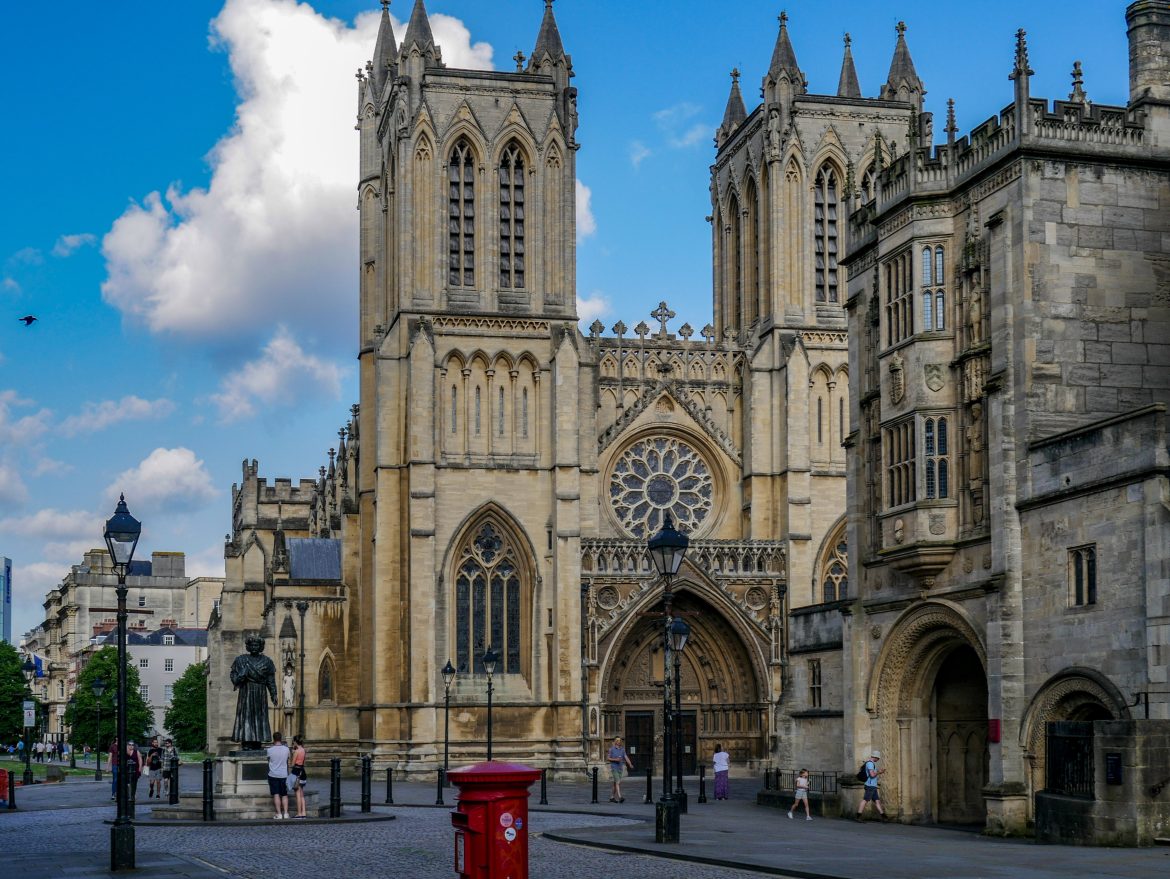 In what can be described as a development that could only happen in the modern world, the Church of England has been accused of denying a person of color the opportunity to serve as a deacon on the grounds that ordaining the aspiring minister would uphold centuries of racism within the church.

Calvin Robinson, who is both black and a conservative media commentator, says the church singled him out for his political leanings, which include a rejection of the notion that the church and England are institutionally racist.

“I’m the wrong kind of black,” Robinson told Allison Pearson of the Telegraph. “I refuse to say I’m oppressed. The minute I say I’m not a victim, I’m no longer black in their eyes. I lose my skin color, I lose my culture, I lose all of it because I’ve got the wrong politics.”

As reported by the Church Times, an independent Anglican weekly newspaper based in London, the Church of England confirmed that Robinson had been denied ordination, but insisted it was a matter of numbers.

Through a spokesperson the London diocese said, “We have a limited number of curacies available [and these are] considered on a case-by-case basis … In this instance, it is felt that there is no suitable option available that London can currently offer.”

But Robinson says he was victimized by a group of bishops who campaigned against him and has presented evidence of emails in which bishops sought examples of anti-woke tweets that Robison had posted. He also has an email in which a bishop says, “Calvin’s comments concern me about denying institutional racism in this country.”

Robinson, who has referred to wokeness as a spiritual virus, most certainly denies this claim and has previously written, “I do not think the claim that either the Church, or wider society, is institutionally racist has ever been supported by robust evidence.”

By rejecting the concept of institutionalized racism, Robinson has gone against recent Church of England rhetoric. No less than the Archbishop of Canterbury said in 2020 that the church was “deeply racist.”

In a turn of events that would be hilarious were it not for a Christian being denied the chance to answer God’s call to preach, the Church of England leadership has, as a collective of predominantly white people, gone to battle with an aspiring black minister in the name of combatting racism.

The entire affair is perhaps best typified by an exchange Robinson says occurred between himself and the Rev. Sarah Mullally, Bishop of London. Per Robinson, writing for the Daily Mail a week ago, Mullally told him, “Calvin, as a white woman, I can tell you that the Church is institutionally racist.”

Mullally has denied, in as nonspecific a way as possible, at least part of what Robinson has claimed.

“Much has been written about my private conversations with Calvin during the discernment process, some of which I do not recognize,” Mullally told the Church Times, later adding, “I can be clear that, as with all applications for ministry in this diocese, Calvin’s was considered irrespective of church tradition or views on politics or race — as is the case for every candidate.”

Robinson said on Twitter that he has evidence that he is telling the truth.

I’ve expressed sadness, heartbreak, soul-destroying disappointment in being denied my calling in the CofE.

I have never once expressed anger.

Do not resort to the “angry black man” trope, @bishopSarahM. People see through that gaslighting. I’ve always been happy to engage. 🙏 pic.twitter.com/hca76hX6vF

“I wasn’t planning on publicly sharing the communications I discovered from my Subject Access Request, but today the Bishop of London implied in the CofE mouthpiece Church Times that I was lying,” Robison tweeted in part. “I have all the emails, text messages and recordings of meetings.”

The Committee for Minority Ethnic Anglican Concerns, which would in theory have an interest in protecting the rights of a black candidate for ordination, would not comment directly on the matter, citing privacy concerns.

“We are aware that testing one’s vocation is often difficult and challenging, and our prayers are with all candidates seeking ordination in the Church of England or in another Church,” a statement from the committee reads.

Mullally has reiterated that neither she nor the church discriminated against Robinson based on his political views.

“I believe we are stronger for the diversity of opinion we see in London, and we should remain kind and respectful of one another’s views,” Mullally told the Church Times. “While Calvin’s anger at the experience saddens me, I wish him well in his future ministry.”

Robinson, though, took the opportunity to point out that, in a moment of irony, Mullally, the anti-racist white person with institutional power, had propagated a stereotype.

“I’ve expressed sadness, heartbreak, soul-destroying disappointment in being denied my calling in the CofE,” Robinson tweeted Friday. “I have never once expressed anger. Do not resort to the ‘angry black man’ trope, @bishopSarahM. People see through that gaslighting. I’ve always been happy to engage.”

Robinson, who said he views the loss of opportunity with the Church of England as a blessing, has expressed a general sadness over how events have played out.

“People often quizzed me on why, if I was so troubled by its direction, I was also so determined to take holy orders in the Church of England,” Robinson wrote in his Daily Mail piece. “It was because, for me, the Church is the body of Christ and, perhaps naively, I thought I could help pull things back on track from within.

“But I have, sadly, been proved wrong. Comfortable in its liberal world view, the Church of England is completely unwilling to change.”

There is a silver lining for Robinson. He will be allowed to preach for the Global Anglican Future Conference (GAFCON), a conservative offshoot of the Anglican church.

For the Church of England, the news is more depressing.

While it’s unlikely the church or its leaders will have any trouble fighting off Robinson’s claims of discrimination, the church has been in a steady decline for decades. According to Robinson, total average attendance of all Church of England congregations dropped by 50,000 from 2016 to 2019.