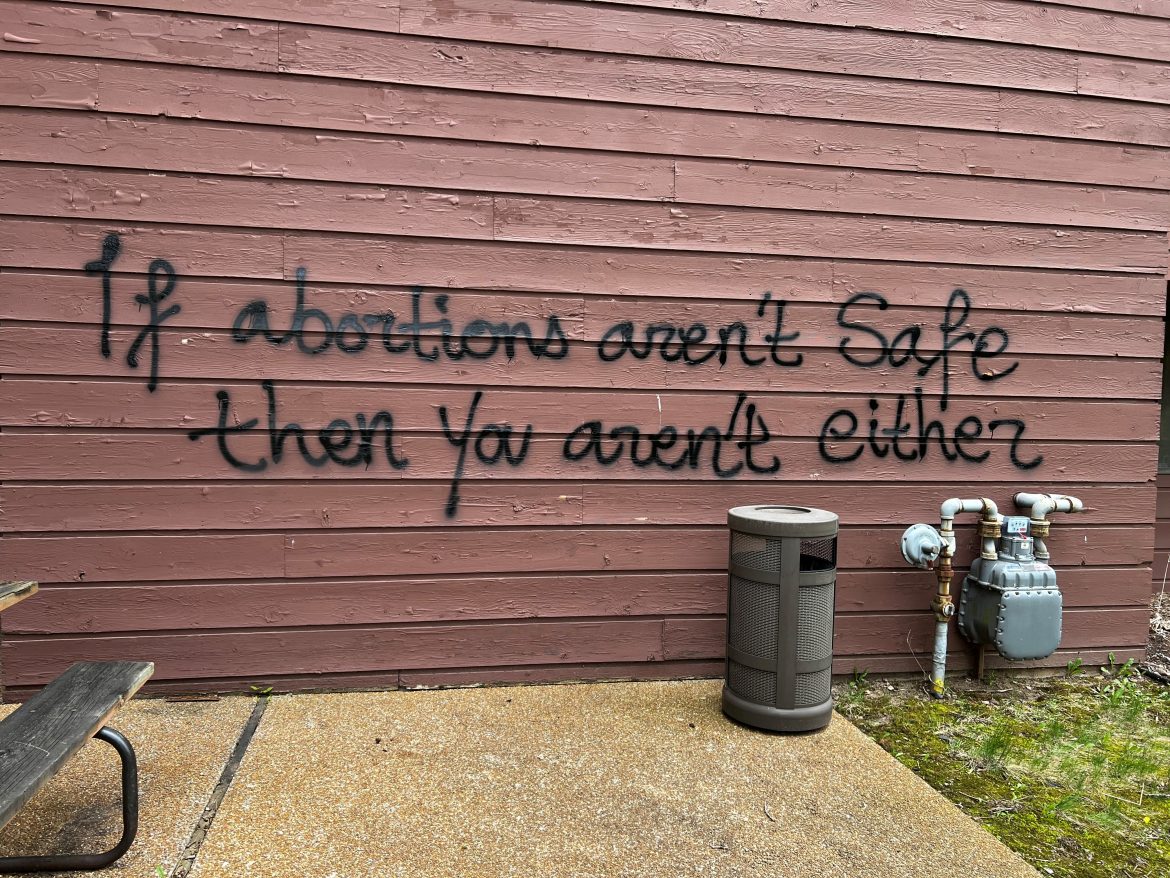 Churches and pregnancy help centers nationwide have been the victims of numerous attacks since the Supreme Court’s first draft opinion seeking to overturn the abortion law Roe v. Wade was leaked to the public, according to The Christian Post.

The draft of a potential Dobbs v. Jackson Women’s Health Organization decision caused outrage from the left, and while the motive for vandalism isn’t always explicitly clear, the sharp uptick in attacks suffered in recent weeks indicates more than average frustration amongst radicalized demonstrators.

In Madison, Wisconsin the Wisconsin Family Action was the site of attacks with an incident report from local police stating that “flames were seen coming from” the headquarters of the pro-life organization Wisconsin Family Action “shortly after 6 a.m.” on May 8, with the report stating that “a Molotov cocktail, which did not ignite, was thrown inside the building. It also appears a separate fire was started in response. Graffiti was also found at the scene. No injuries have been reported.”

The center was also subject to vandalism, which could be seen in a tweet by Alexander Shur of the Wisconsin State Journal, that showed the phrase “If abortions aren’t safe then you aren’t either” painted on the outside of the scorched facility” and a fire damaged office with books spread across the floor. Abortion activists called Jane’s Revenge claimed responsibility for the attack and even vowed to continue their rampage unless pro-life organizations disband.

In Portland, Oregon the Southeast Portland Pregnancy Resource Center was hit by vandals, and parent group First Image announced on Facebook May 5 that “a group of people vandalized our Southeast Portland Pregnancy Resource Center last night.” The group noted that “all the windows on one side of the center were broken, and there was a hateful, anti-PRC message spray-painted on the wall. The incident happened overnight, and nobody was hurt. We have an incredibly resilient staff. Nonetheless, it is deeply unsettling and puts everybody at all of our locations a bit on edge,” the group added.

In Frederick, Maryland BirthRight Crisis Pregnancy Center was hit by vandals earlier this month. A Twitter account which refers to itself as a “photo/ video reporter from the Frontline” shared images of the damage on May 8, including the words “Defend Roe” and “F*** fake clinic” written on the door.

Alpha Pregnancy Center in Reisterstown, Maryland was also tagged with graffiti near the door that read, “You’re anti-choice not pro-life.” Additional graffiti proclaimed, “If abortions aren’t safe neither are you.” The door of the crisis pregnancy center was vandalized to read “not a clinic.”

Alpha Pregancy Center, a religious organization crisis pregnancy center located in Reisterstown Maryland, was targeted last night. "Jane's Revenge" was found spray painted near the entrance of the center. Thread below goes into details about this autonomous group. https://t.co/gwDuPSZMju pic.twitter.com/4679D2sBhy

In Olympia, Washington four churches were targeted by activists, with a pro-abortion group called Jane’s Revenge taking credit for the destruction in a blog post on the anarchist website Abolition Media Monday.

“Last night we vandalized four anti-abortion churches in Olympia,” the email read. “A Mormon church, Calvary Church, Harbor Church, and St. Michael’s Catholic Church all received facelifts in the early hours of Sunday morning. We dumped red paint over the entryways and left messages of ‘If abortions aren’t safe then neither are you,’ ‘Abort the church,’ and ‘God loves abortion.’”

Oregon Right to Life: Salem, Oregon posted a statement on May 9 saying, “In the late evening on Sunday, May 8, the offices of Oregon Right to Life were attacked.” The group noted, “An individual used incendiary devices, one of which exploded and caught the building on fire. The office was vacant at the time, and no one was harmed. Fire and police departments responded quickly, minimizing damage to the building.”

Holy Rosary Church in Houston, Texas reported on Facebook they were hit by vandals on May 9, with Friar Mariano Veliz sharing a photo of the spray-painted words “Pro-choice is pro-life!” on the doors. “This is what the angry, hateful anti-Catholic pro-choice activists did to our church last night,” said Veliz who serves as a parochial vicar at the church, adding, “These people painted the same message on our side doors as well.”