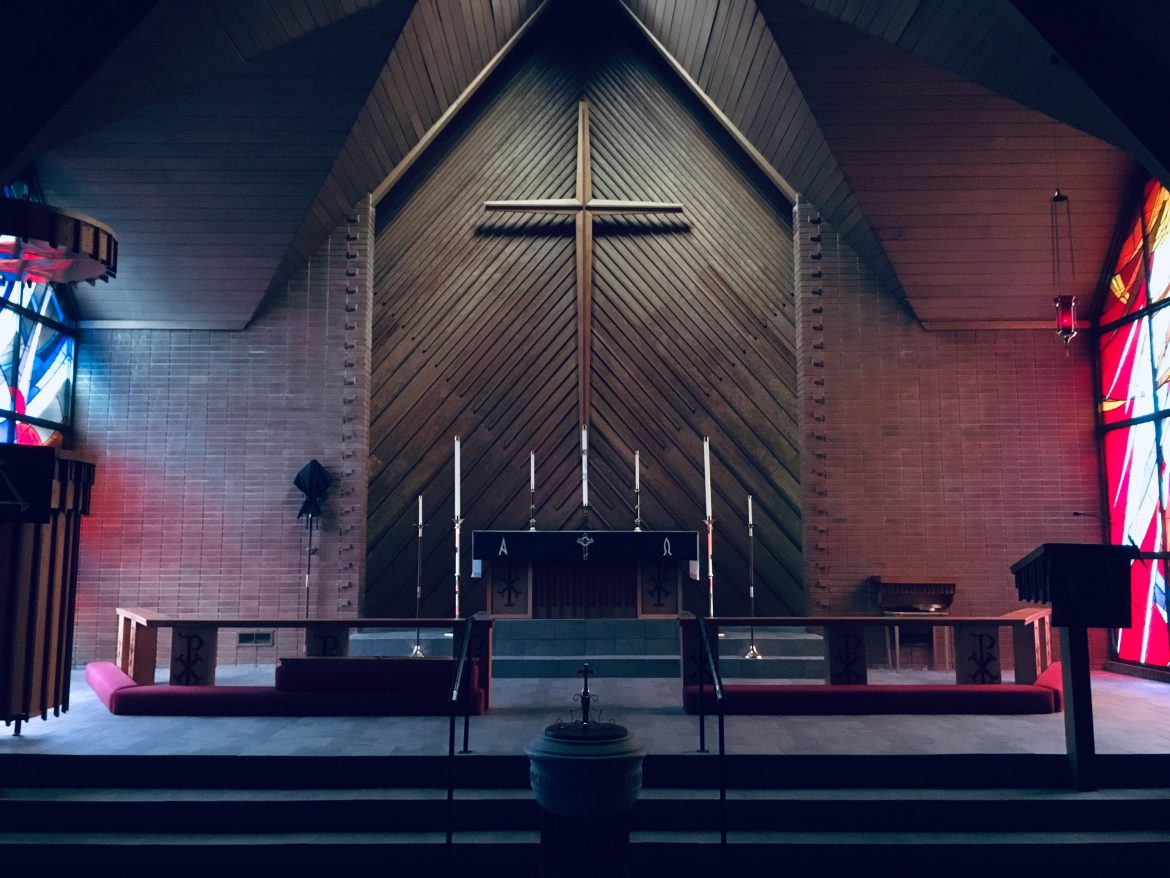 With most COVID-19 mandates disappearing, many American churches that were reluctant to open their doors for Sunday services have begun to welcome churchgoers back into their sanctuaries. But it appears as though some churchgoers still aren’t completely on board to return to in-person services.

A survey from Pew Research released on March 22 details these and other findings, saying “there has not been a corresponding rise over the past six months in the share of Americans who are attending in-person services.” Similar surveys conducted throughout the pandemic have helped Pew Research make this determination, asking the same questions in July 2020, March 2021, September 2021, and March 2022 to acquire their data.

The amount of churches and other houses of worship operating as they did pre-pandemic has steadily risen; rising from 6% in July 2020 to 43% in March 2022. Likewise, 55% of churches in July 2020 were open with changes in response to COVID-19, compared to 47% in 2022. The number of churches that were not open at all decreased greatly from 31% to 5% in the same time period. 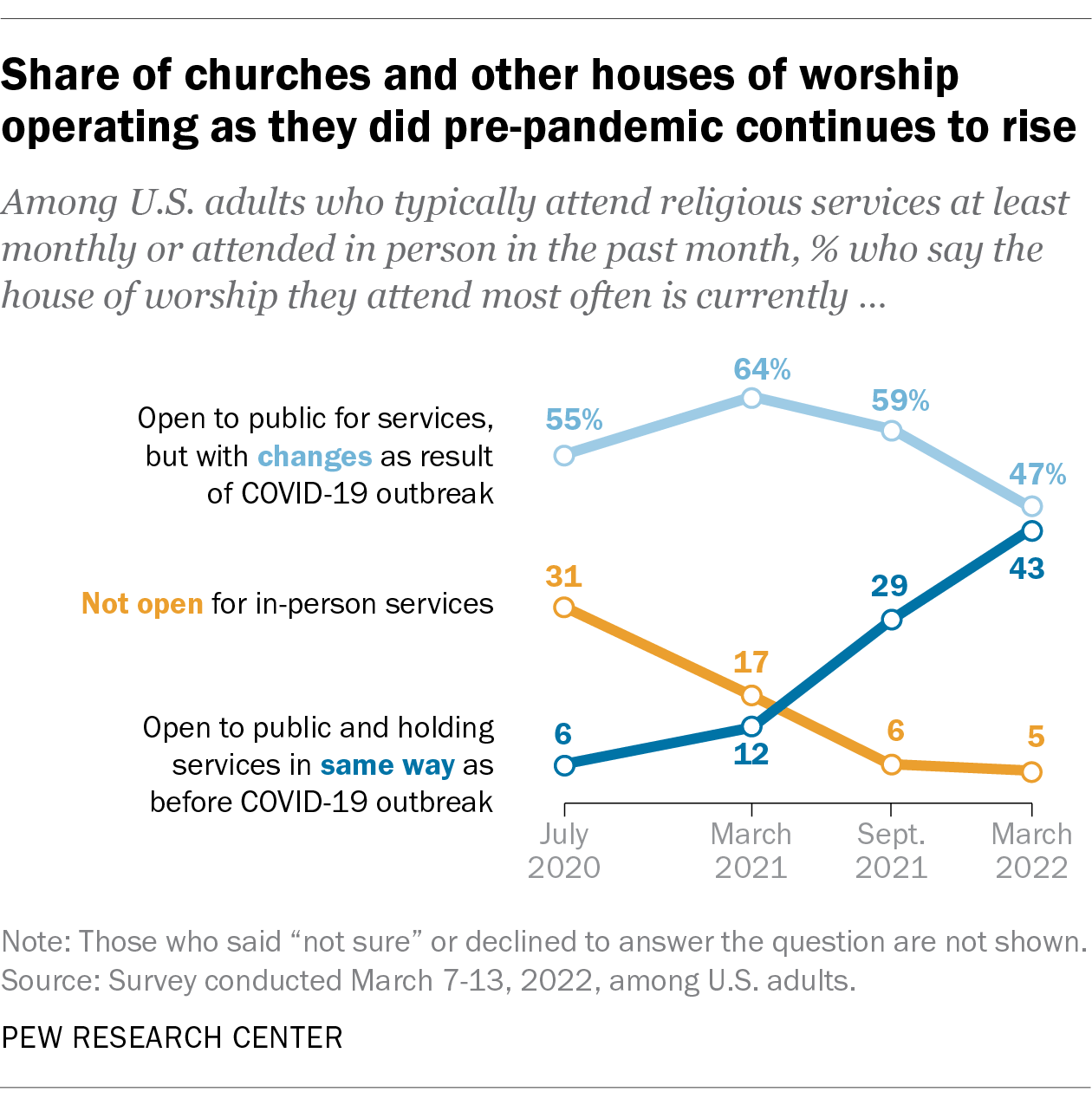 The total amount of churches that have opened their doors with or without change stands at 90% according to the respondents from the survey. Other data collected shows that people attending church are still either too hesitant or prefer a new model like online services.

Of those who typically attend an American church monthly, 21% stayed home and streamed their services in the last month while another 12% didn’t attend or stream their service. On the contrary, 31% attended in person and another 36% either attended or streamed online. Combined, 67% of monthly churchgoers attended their church in person at least one time in March 2022.

This demographic can even be split further among political groups. Throughout the pandemic, Americans who are Republican or lean in that direction have attended monthly religious services in person more often that those who lean Democrat. By March 2022, the numbers sat at 77% for Republicans and 58% for Democrats. These numbers take into account all types of religious services, whether they are Christian or not. 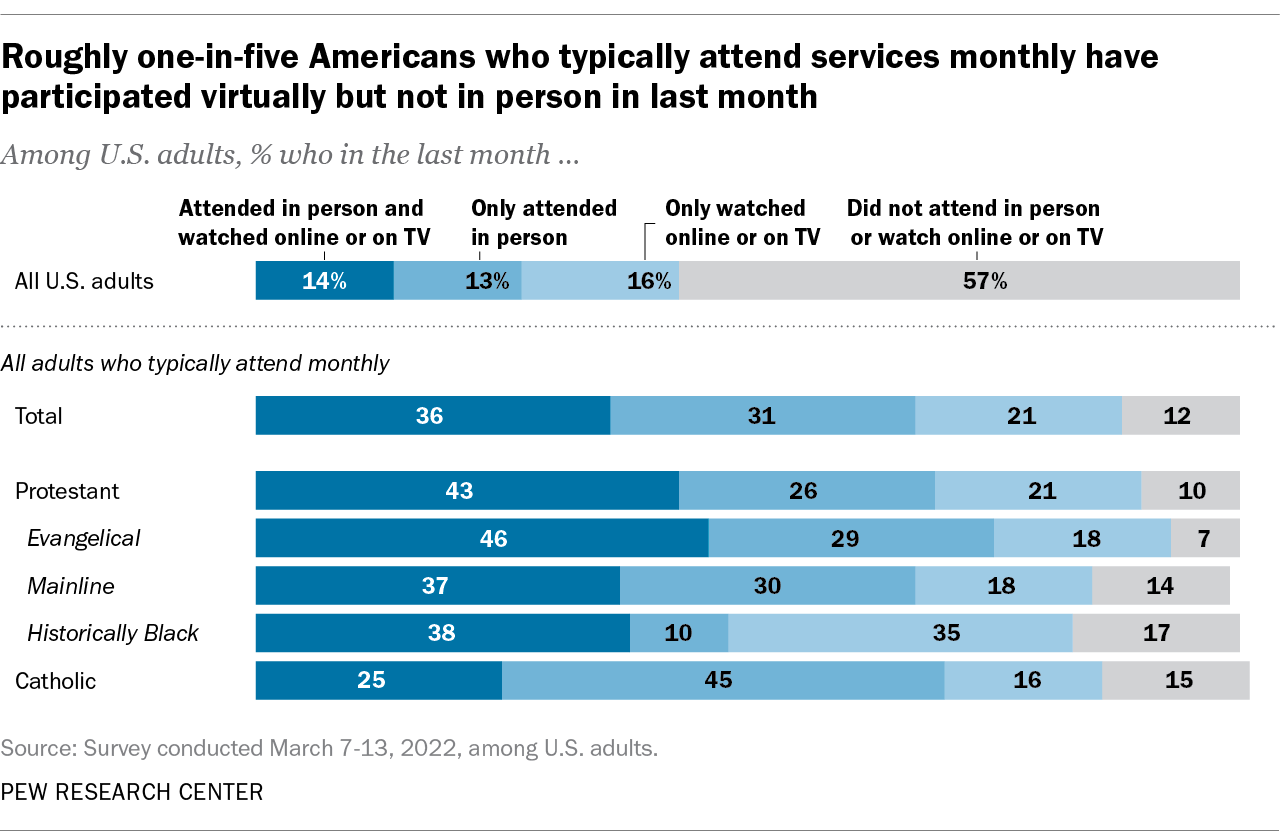 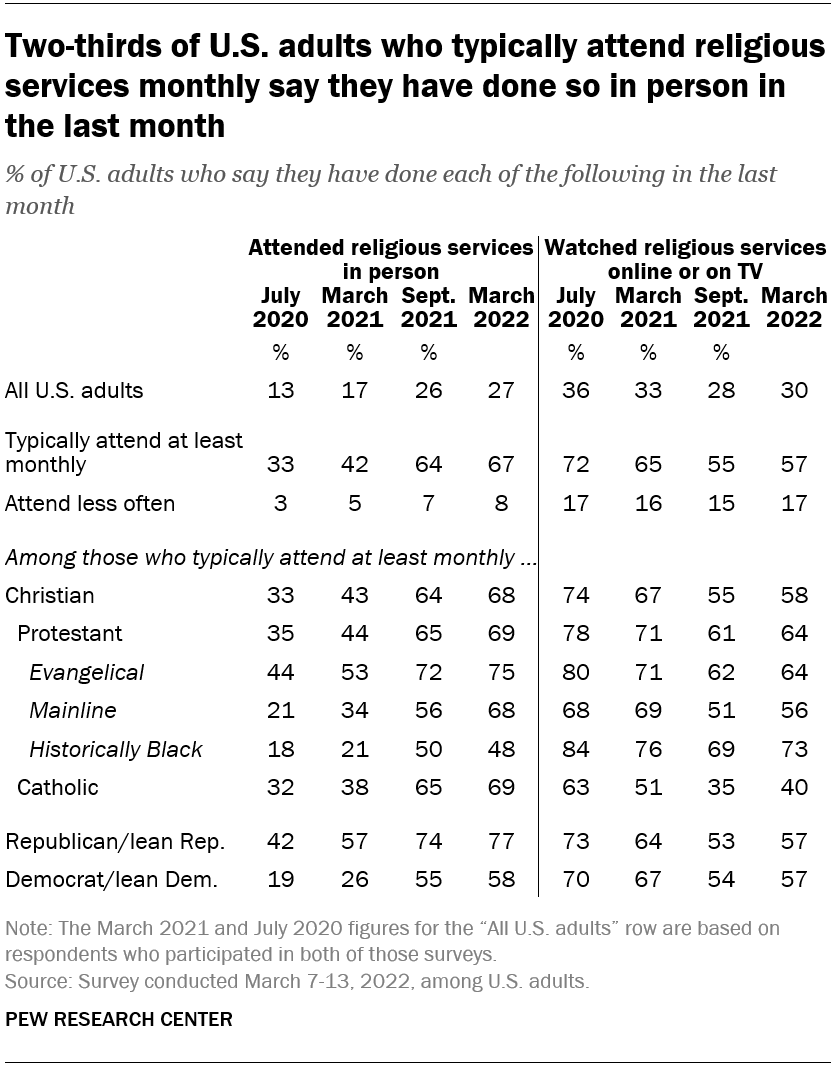 Pew Research does note that it is difficult to assess why these numbers appear as they do. They give two specific reasons for this, with one being “that the ultimate course of the pandemic is still unclear.” Pew also cited the fact that they did not previously specify if churchgoers were attending services online in surveys conducted before the pandemic, so it is difficult to see if there was a particular trend before a variable like COVID-19.