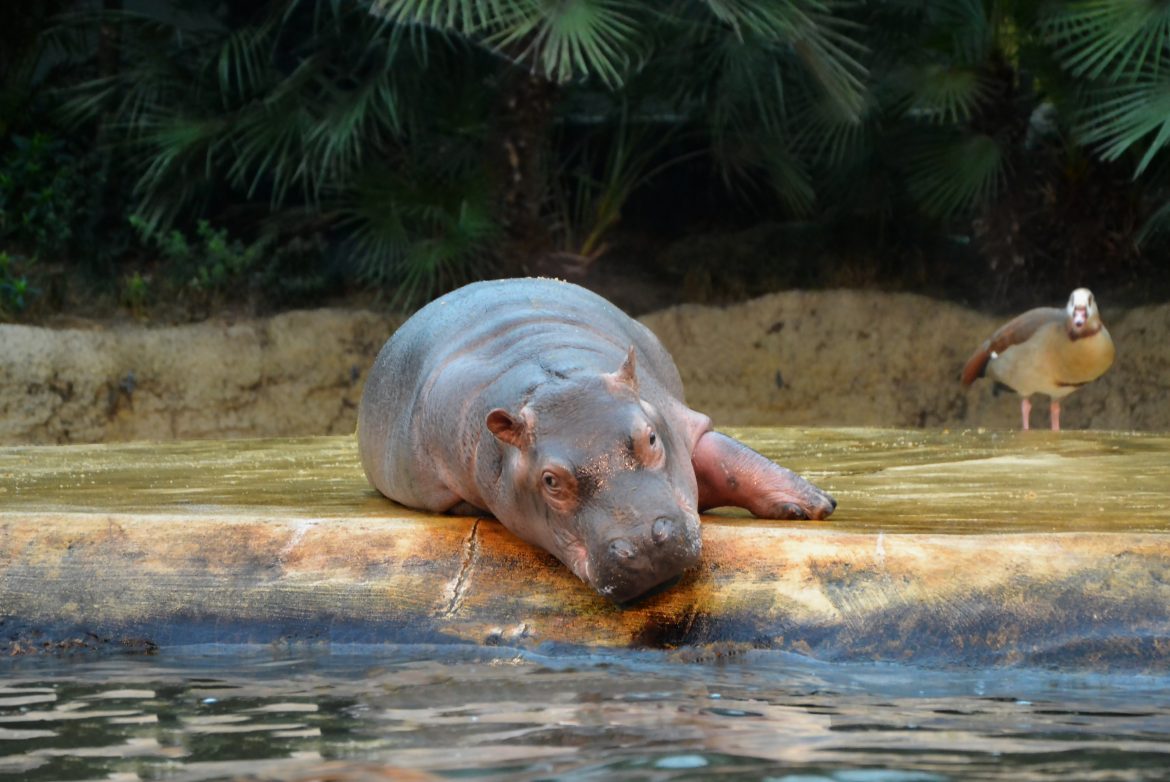 The Cincinnati Zoo is celebrating the birth of a full-term hippopotamus born Wednesday night.

The unnamed baby hippo is a sibling to the famous Fiona, who was born six weeks premature in 2017. Christina Gorsuch, Cincinnati Zoo’s director of animal care, stated in a news release, “This new calf weighs at least twice as much as Fiona did and is already walking.”

She continued, “Bibi and the baby, yet to be named, will spend the next two weeks bonding behind the scenes. A female would take her newborn away from the bloat for about that amount of time in the wild, and we try to give Bibi the choice to do what feels natural to her.”

Our bloat got a little bigger last night! Bibi gave birth around 10pm and all seems to be going well for Mom and baby so far. They will remain off habitat for about 2 weeks to bond. Stay tuned for more updates. https://t.co/aWIDaFuMxl pic.twitter.com/dVLnRl0U0y

The staff at the Cincinnati Zoo were shocked to discover Bibi, the calf’s mother, was pregnant around April Fool’s Day as the hippopotamus was on birth control.

Fiona, the calf’s older sister, was born on Jan. 24, 2017, at a dangerously low 29 pounds and couldn’t even stand on her own. With help from Cincinnati Children’s hospital personnel and around-the-clock care, Fiona grew strong and continues to thrive. Fiona now weighs a healthy 2,000 pounds.

The birth of Fiona drew a lot of attention from fans and critics of the zoo. Many sported Fiona-themed t-shirts, cookies, ornaments, and beer at her first birthday party. Even the Cincinnati Reds baseball team featured a Fiona bobblehead. The Fiona frenzy drew in approximately half a million dollars in revenue.

Animal rights activists looked down on the zoo utilizing a captive animal to boost their marketing.

Eight months prior to the miraculous birth of Fiona, Cincinnati Zoo entered the spotlight through the controversial death of the infamous gorilla, Harambe. Harambe, an endangered western lowland gorilla, was shot by a special-response team after a three-year-old boy fell into the gorilla’s enclosure.

Focusing on the joy of new life, senior hippo keeper Jenna Wingate exclaimed, “We’re so thrilled that they’re healthy. We are cautiously optimistic. But we are thinking only good things this time.”

In an interview, Cincinnati Zoo & Botanical Garden’s spokeswoman Michelle Curley shared that the calf is nursing well and has been sticking close to its mom. We will not know the gender of this baby for several weeks depending on how protective Bibi is of her new baby.

You can even join in on the fun by submitting your suggestion for the name of this new hippo by clicking on the zoo’s link .

U.S. automakers say 70% of EV models would not qualify for tax credit under Senate bill