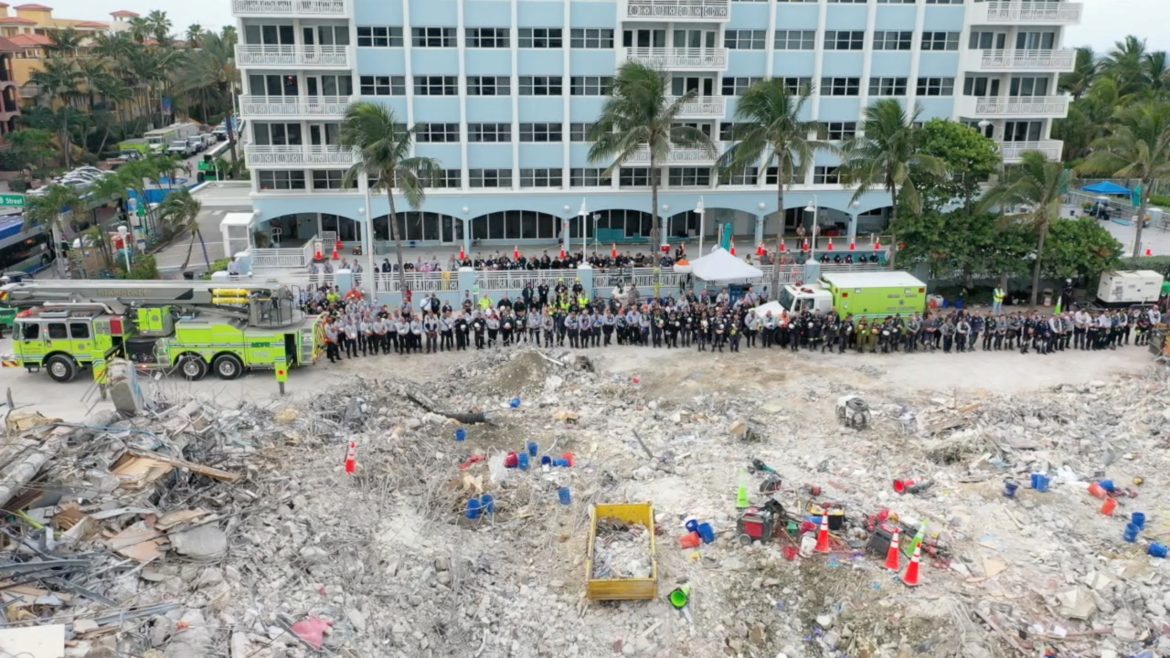 The rescue efforts in the tragic building collapse in Surfside, Florida have officially come to an end and a transition to recovery has begun. Officials have indicated that there is now essentially no chance of survival for any of the remaining 76 missing people. For this reason the first responder teams, who have been working around the clock in order to rescue the people in the Champlain Towers South high-rise condominium collapse, transitioned to recovery efforts late Wednesday night.

Of the original 159 missing persons in the collapse, 64 bodies have been recovered, 76 are still missing and presumed dead, and 19 have been rescued. Officials indicated that it was heartbreaking to have to transition from rescue to recovery efforts as they were hoping for a miracle. However, given the state of the remaining collapsed building as well as the length of time it has been since the building collapsed, it was a necessary move.

The rescue teams who have been working 24/7 for the past two weeks also indicated that none of their technology nor any of the rescue dogs had alerted to any possible survivors after repeatedly surveying the ruins of the collapsed building. Engineers indicated that the collapse was in a “pancake” fashion at the lower levels meaning that there was at most three feet of space between levels of rubble.

The nation’s thoughts and prayers are with the families of those who have lost loved ones in this horrific tragedy.

A Moment in History: The Re-Union of the Union