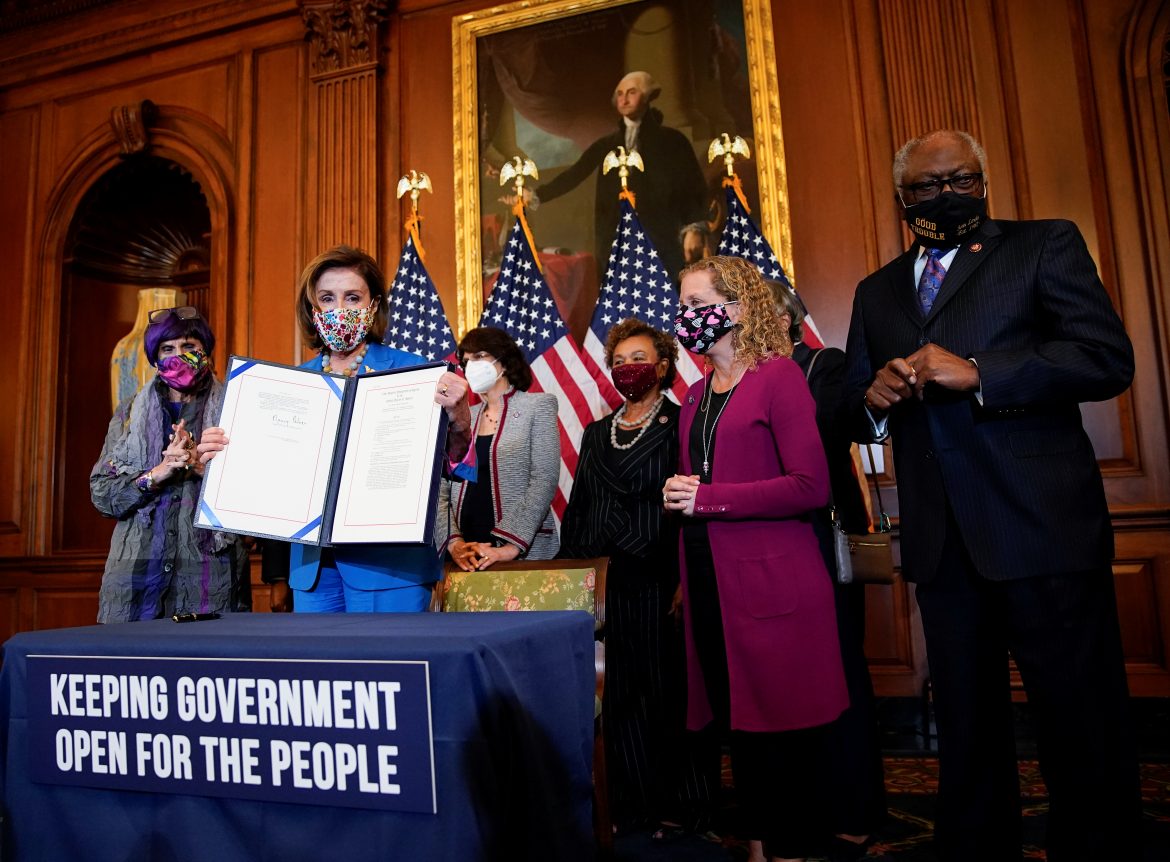 Congress on Thursday delayed the threat of another government shutdown by passing a short-term stopgap bill that will continue government funding through Dec. 3. The bill was passed by both the House and the Senate on Thursday and was signed by President Biden before the midnight deadline.

In a statement Biden praised the last minute action as a win for bipartisanship. “There’s so much more to do. But the passage of this bill reminds us that bipartisan work is possible and it gives us time to pass longer-term funding to keep our government running and delivering for the American people,” Biden said in a statement.  The bill was passed in the house 254-175, just hours after it passed the Senate 65-35.

The bill not only keeps the government on track for another two months, but also provides aid for communities affected by natural disasters, as well as Afghan refugee assistance.

Stopgap spending was held up in a partisan battle this week, as Democrats hoped to tie the emergency funding with a measure that would suspend the debt ceiling. Senate Republicans firmly opposed the measure, fearing Democrats would use it as a means to fund bloated progressive projects. The issue of the debt limit was, in the end, divorced from the stopgap bill to ensure measure would pass with Republican support.

Senate Republicans are insisting that Democrats go it alone in raising the debt ceiling. Last week Senate Minority Leader Mitch McConnel said that since Democrats have chosen to govern in a partisan fashion they will have to raise the debt limit on a  partisan basis as well.

“We have a unified Democratic government that has decided to govern alone,” McConnel said before the Senate, “They cannot put partisan ambitions ahead of basic duties the party-line authors of this reckless taxing and spending spree will be the owners of raising the debt limit.”

Treasury Secretary Janet Yellen has warned that the U.S. could default on its debt by October 18th if the limit is not raised. On Thursday Yellen said she would also support a measure to end the debt limit entirely.