Conservative senators blast Biden following their visit to US border 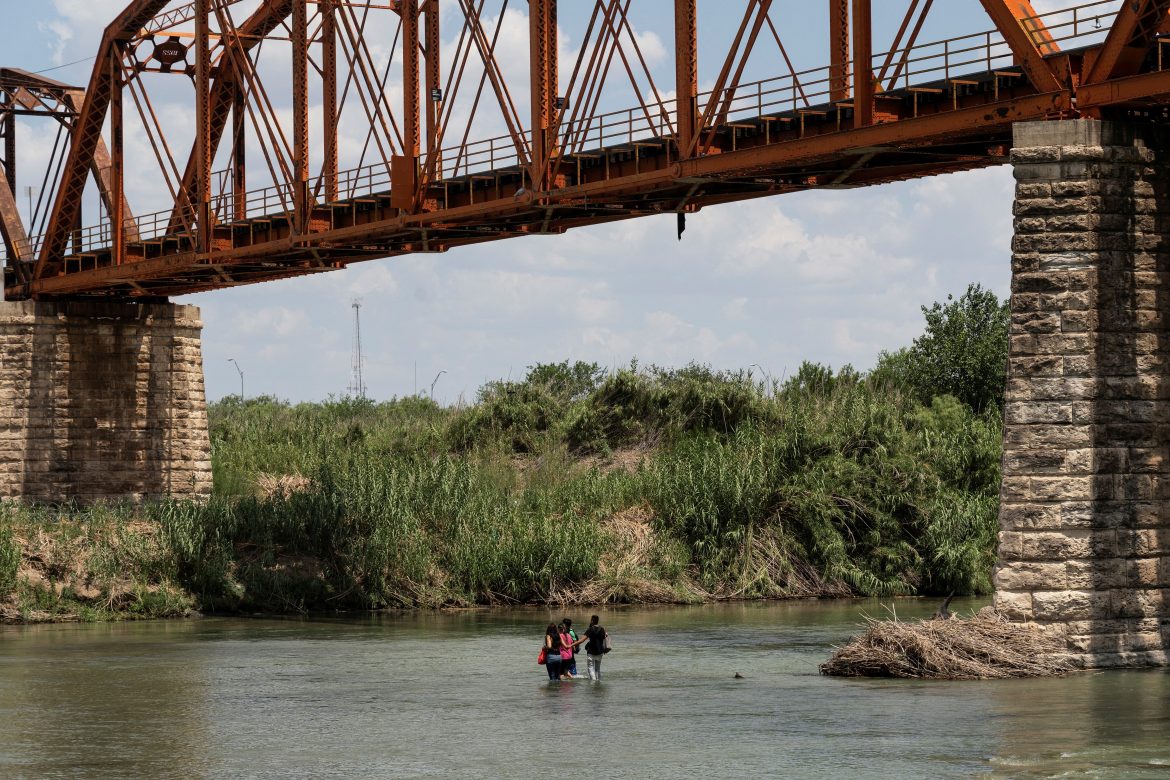 Republican senators are accusing the Biden administration of ignoring what they say has grown from a bad situation into pure chaos on the southern U.S. border.

While in the region, the senators watched as law enforcement agents apprehended numerous groups of migrants, some including individuals as young as 7 years old. A visibly upset Cruz created numerous video blogs of his experience and told of witnessing scenes of chaos that he described as “inhumane.”

“What monster would allow policies that result in 7-year-old girls being handed over to traffickers?” Cruz asked on Rumble.

In the Rumble video, Cruz described young women and men being forced into organized crime after being brought to the country illegally under immense debt, a reality that Cruz said leads the young men into the service of gangs and the young women into sex slavery.

“This is not compassion,” Cruz said. “This is not humane. This is barbaric. And Joe Biden could stop it. We’re a year-and-a-half into the Biden presidency and Joe Biden cannot be bothered to drag his a** down here to the border. [Vice President] Kamala Harris cannot be bothered – she’s supposedly the border czar – to come to the Rio Grande Valley. They can’t even look at the lives they are destroying.”

During a Friday press conference, the senators spoke at length of a mounting death toll, an epidemic of human smuggling and sex trafficking, the wanton distribution of drugs, and, most galling, the rape of women and young girls by human smugglers.

“As a mom, I’m appalled by the stories of young girls who have suffered abuse while being trafficked by cartels, and the havoc and heartache created across our communities – in Iowa and throughout the country – because of the amount of lethal drugs flowing across our Southern border,” Sen. Joni Ernst (R-Iowa), one of the group, said in a statement.

“Due to the policies of the Biden administration, there is a historic crisis at our Southern border that is compromising the safety of our communities and our homeland, turning every state into a border state. President Biden needs to see this crisis firsthand and address it.”

Cruz also described the existence of trees at which young girls are raped by human traffickers, who then hang the girls’ undergarments on the trees as trophies. He also wondered what has become of the Democrats who spent ample time on the border berating then-President Donald Trump for his policies.

“Where are the Democrat senators?” Cruz asked during the press conference. “They’re not here because you can’t look at the dead bodies, at the children being assaulted, at the chaos. You can’t look at it and defend it.”

“Where are the Democrats? The Joe Biden body bags keep piling up. " pic.twitter.com/OWQF3EI44t

Cornyn, like his colleagues, had no shortage of criticism for the Biden administration.

“We cannot accept this as the new normal in Texas, or in America, for that reason. This is a battle that we did not ask for, but we must fight and we must win.”