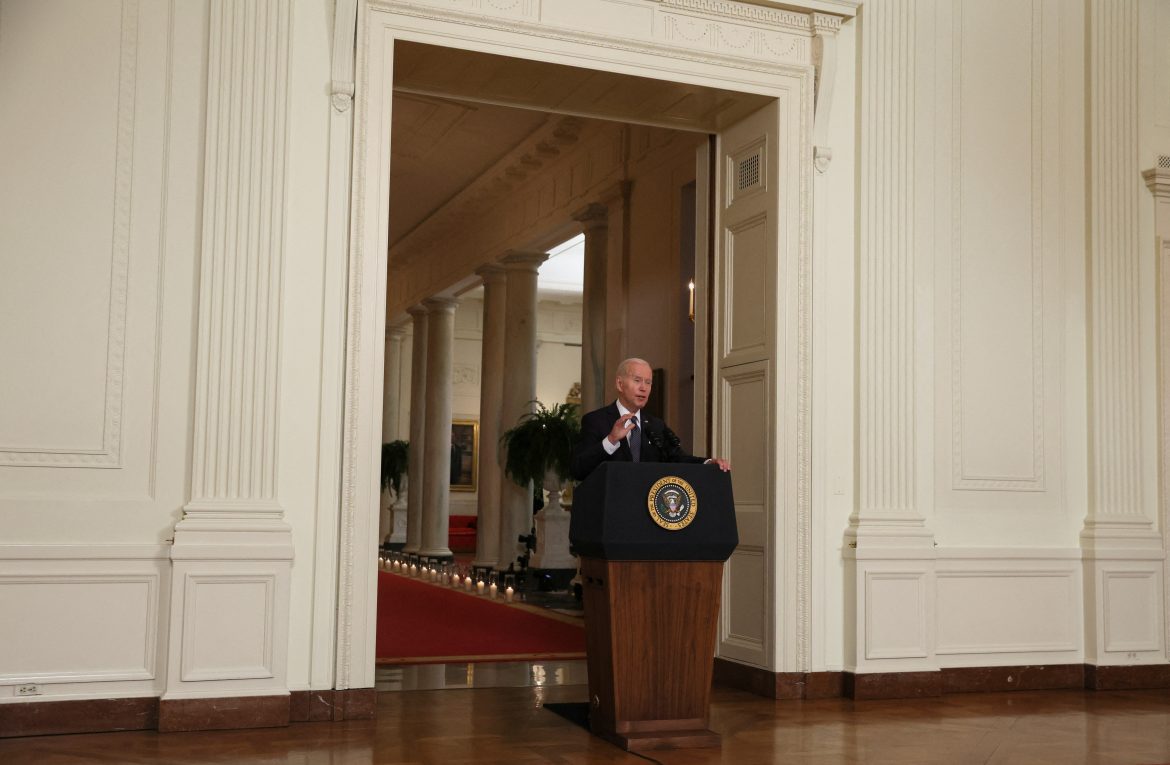 Thursday evening, President Biden advocated for what he called “rational, commonsense measures” to prevent future gun violence following a rash of mass shootings across the country. Rather than unifying the nation, however, his speech has already proven divisive amongst conservatives who have pushed back against his renewed calls for an assault weapon ban and what they saw as a disregard for the Second Amendment.

“For so many of you at home, I want to be very clear: This is not about taking away anyone’s guns,” Biden said, before insisting that he was not going to vilify responsible gun owners.

Despite his claims, Biden’s remarks appeared to ostracize conservative lawmakers who stand against policies that Biden hopes to pass through, implying that anyone who opposes his measures are “willing to accept” the “carnage” of the recent tragic events.

Of specific concern for many conservatives is that Biden characterized the Second Amendment as a constitutional right that was “not absolute” or “unlimited.”

Representatives Madison Cawthorn (R–N.C.) and Matt Gaetz (R-Fla.) as well as American political commenter Toni Lahren all simply quoted the “shall not be infringed” statement of the Second Amendment in response.

Meanwhile, Fox News hostess and libertarian Kat Timpf pointed out that setting limitations on any constitutional rights is a slippery slope that could result in much further-reaching limitations:

“These are rational, commonsense measures,” Biden said, while implying earlier in his speech that the majority of U.S. citizens wanted these laws passed.

Joe Biden’s unconstitutional speech on gun control was filled with so many ill-informed Leftist talking points.

Let me make one thing clear – the Second Amendment IS NOT GOING AWAY!

Biden also seemed to imply Republicans were to blame for the recent mass shootings when advocating an assault weapon and high-capacity magazine ban.

“And here’s what it all means.  It all means this: We should reinstate the assault weapons ban and high-capacity magazines that we passed in 1994 with bipartisan support in Congress and the support of law enforcement.”

The ban expired in 2004 due to Republican opposition.

He tied the repeal of the ban to a high influx in mass shootings, saying that mass shootings had “tripled” since then. However, FactCheck.org relays that those who claim the assault weapon ban prevented violence are cherry-picking what the studies say. Ultimately, the studies referenced by Biden concluded that the ban had “mixed results” on gun violence, noting that non-banned weapons increased during that time frame to offset any decrease in the use of banned weapons.

Biden closed his speech by saying, “My fellow Americans, enough. Enough. It’s time for each of us to do our part. It’s time to act,” before giving his sympathies to the families of the victims and quoting from Psalm 91.

Joe Biden wants to ban “assault weapons” and “high capacity magazines” yet Democrats refuse to prosecute violent crimes in Democrat cities all over the country, and refuse to protect your children at school with armed security.

California Congressman Darrel Issa condemned Biden for being divisive instead of uniting Americans:

President Biden had the opportunity tonight to help unite the country.

He didn’t. He lashed out at everyone who doesn’t share his gun control agenda. Then he demanded voters elect more Democrats.

His worst speech yet.

Georgia Representative Marjorie Green also used the opportunity to point out a hypocrisy that those on the right often bring up when Democrats push for gun reform:

Joe Biden wants to ban “assault weapons” and “high capacity magazines” yet Democrats refuse to prosecute violent crimes in Democrat cities all over the country, and refuse to protect your children at school with armed security.

Ahead of the speech, concerned members of the press asked if a presidential speech on gun control would harm recent bipartisan efforts to pass “softer” gun control laws. White House Press Secretary Karine Jean-Pierre responded that negotiations within Congress “doesn’t mean that the president can’t list out what he thinks is needed to — that needs to happen so that we can actually deal with this epidemic.”

She added they had consulted with lawmakers engaged in that process, assuring that there would be no negative repercussions from the speech. Instead, it was important to Biden “that the American people heard from him directly.”