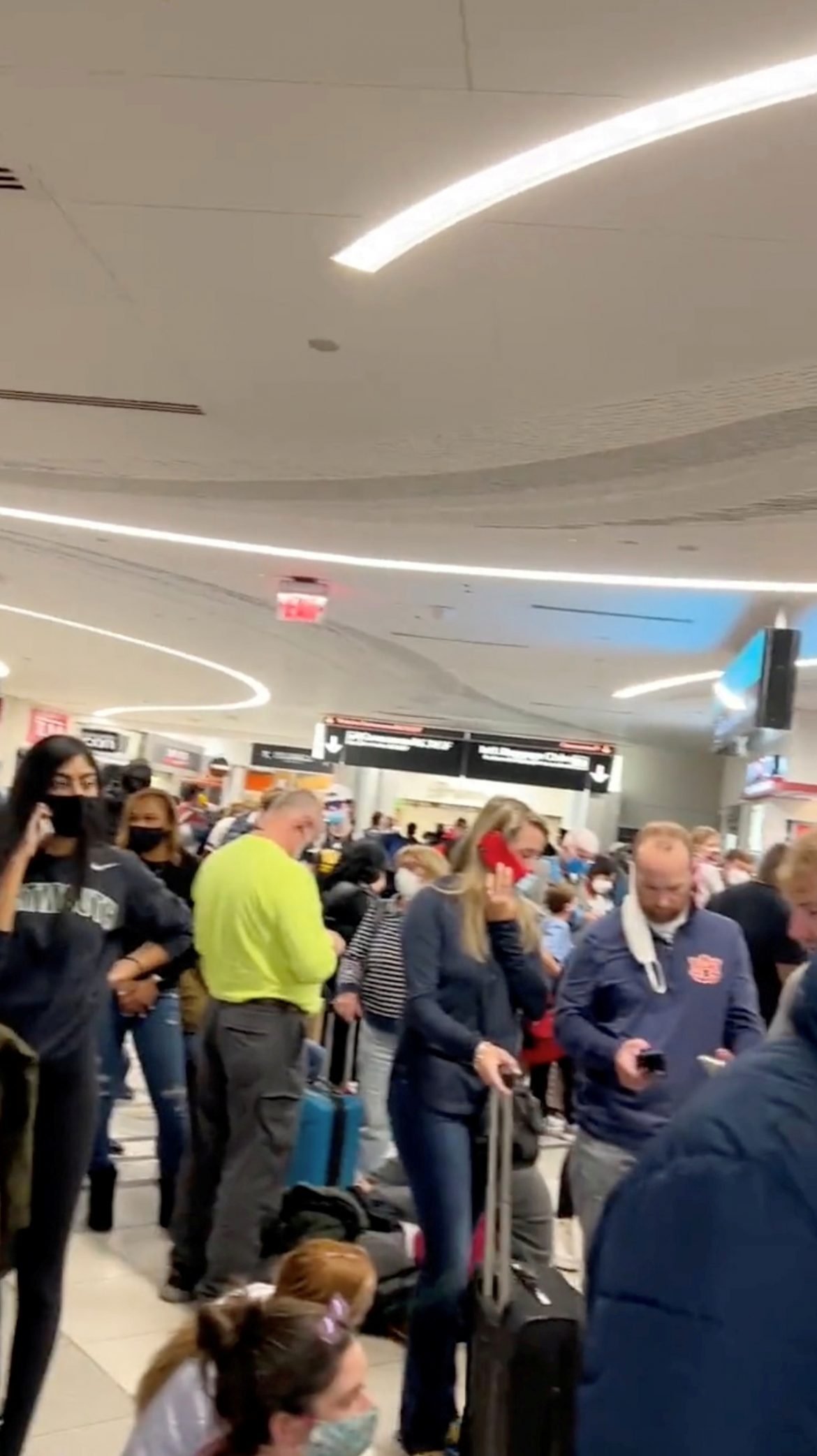 An accidental gunshot caused panic on Saturday afternoon in the screening area of a major Georgia airport, resulting in three reported injuries. All flights were grounded for over an hour as airport officials and police investigated the incident.

A routine x-ray check showed a prohibited item in Hartsfield-Jackson Atlanta International Airport around 1:30 pm. A security official advised the owner of the bag “not to touch the property,” according to the Transportation Security Administration (TSA) statement on the incident. However, the man “lunged into the bag and grabbed a firearm” when the official opened the luggage. The gun was then discharged.

The owner of the gun ran out of the airport along with his firearm, according to Georgia’s TSA Federal Security Director Robert Spinden. There were three reported requests for medical assistance after the incident, including two complaints about shortness of breath and one fall.

Spinden added, “We are fortunate that when the firearm went off, nobody was seriously injured.”

The Atlanta Police Department later issued a warrant for 42-year-old Kenny Wells. Wells is wanted on the grounds of carrying a concealed weapon within the airport, possession of a firearm as a convicted felon, and for reckless discharge of the weapon. He has not yet been apprehended.

Videos and descriptions of panicking travelers made it onto social media. Airport leadership leveraged their own social media to announce, “This was not an active shooter event.”

There is not an active shooter. There was an accidental discharge at the Airport. There is no danger to passengers or employees. An investigation is ongoing, more information will be published on this channel.

However, the airport shut down the screening process until the police investigated the incident. The Atlanta Police Department cleared the airport at 2:37 pm so that the airport could begin normal operations again.

The TSA has strict guidelines on how to travel with a firearm. This involves locking an unloaded gun into a hard-sided case. The weapon must also be declared at the baggage check-in, and the Atlanta airport takes you through a separate security check-in process.

The accidental discharge was not the only airport-related gun incident from the weekend. On Friday night police responded to a call for an aggravated burglary at the El Paso, Texas, airport. Police found a Southwest Airlines employee dead in the airport’s employee parking lot.

The airline released the following statement on the unidentified employee: “This is a heartbreaking, tragic loss for the Southwest Team, and we extend deepest sympathies to our colleague’s family, loved ones, and their extended Southwest Family.”

No arrest has been made in either case.