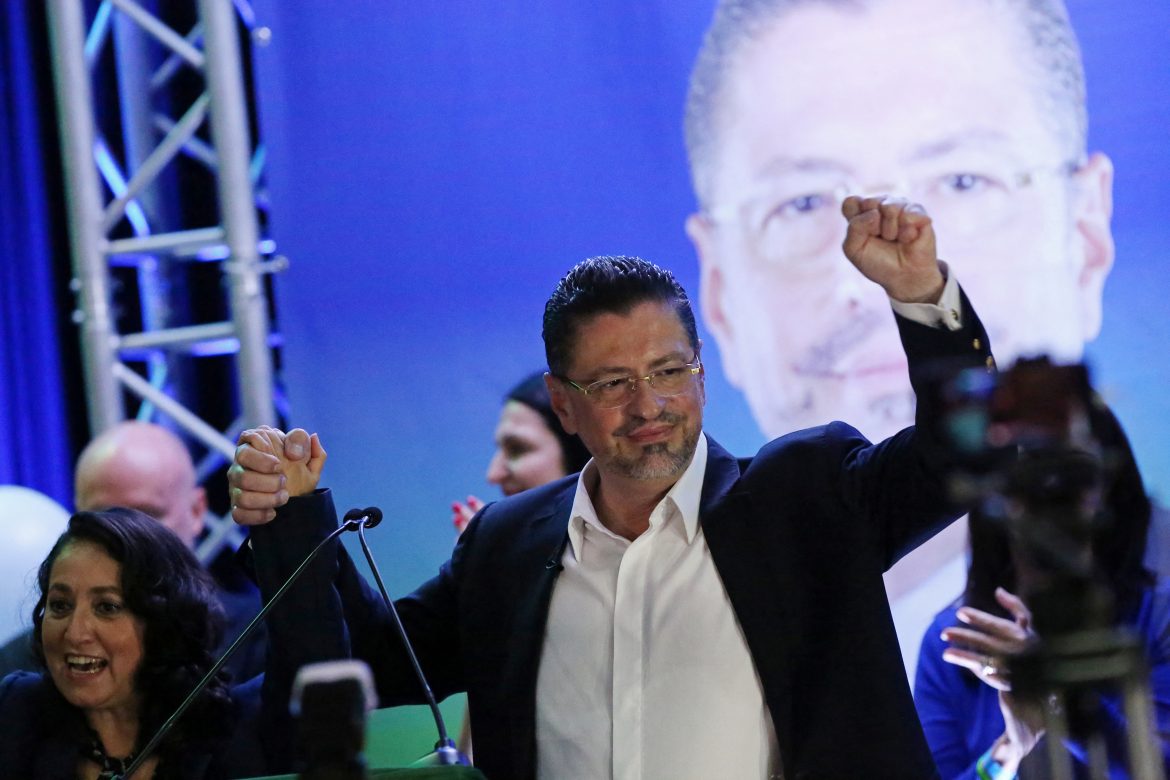 The new president was an unheralded economist in his native Costa Rica until a series of personal setbacks propelled him into a brief, ill-fated spell in government, then into the race for the presidency.

Speaking to supporters in San Jose, the capital, the 60-year-old Chaves said he accepted his victory with humility, and urged Figueres to help him move the country forward.

“I humbly beg Jose Maria and his party to work together to make possible what Don Jose Maria himself called the Costa Rican miracle,” he said, referring to Figueres’ father, Jose Figueres Ferrer, who served as president three times.

“Let’s put aside pettiness and vanity. Tonight we will begin together to serve our country,” added Chaves, who is set to assume office on May 8.

“I congratulate Rodrigo Chaves, and I wish him the best,” he told supporters.

Polls had shown Chaves to be a slight favorite heading into the election after he unexpectedly finished runner-up to Figueres in an indecisive first round of voting in February.

Chaves, who briefly served as finance minister for outgoing President Carlos Alvarado, ran as a maverick. He has vowed to shake up the political elite, even pledging to use referendums to bypass Congress to bring change.

“If the people go out to vote, this is going to be a sweep, a tsunami,” Chaves said after casting his ballot on Sunday.

Figueres campaigned on his experience and family political legacy in Costa Rica, a tourist destination and bastion of environmentalism long regarded as one of the most stable democracies in Latin America.

On Twitter, Alvarado said he had called to congratulate Chaves and pledged an orderly handover of power.

Turnout was 57.3%, the electoral tribunal said, less than the 60% who cast ballots in the first round.

Going into Sunday’s vote, some voters said they were lukewarm on both candidates, whose political careers have been tainted by accusations of wrongdoing.

Chaves faced accusations of sexual harassment during his World Bank tenure, which he denied. Figueres resigned as executive director of the World Economic Forum in 2004 amid accusations that he had influenced state contracts with Alcatel, a telecoms company. That case was never tried in court.

David Diaz, 33, said he was not enthused by Chaves or Figueres. He left home early to vote by 7 a.m. in the rural town of Tacacori, about 19 miles from San Jose.

“I see very little movement, there is a lot of apathy,” said Diaz, a mechanic at a medical device factory.

Chaves faces the challenges of reviving an economy battered by the COVID-19 pandemic, and alleviating the poverty in which about 23% of a population of 5.1 million live.

Growing income disparity makes Costa Rica one of the world’s most unequal countries, with unemployment of almost 15%.

In January 2021, the country agreed to $1.78 billion in financial assistance from the International Monetary Fund.

In return, the government vowed to adopt a raft of fiscal changes and austerity measures, but lawmakers have only passed a law to make savings on public sector workers’ benefits.