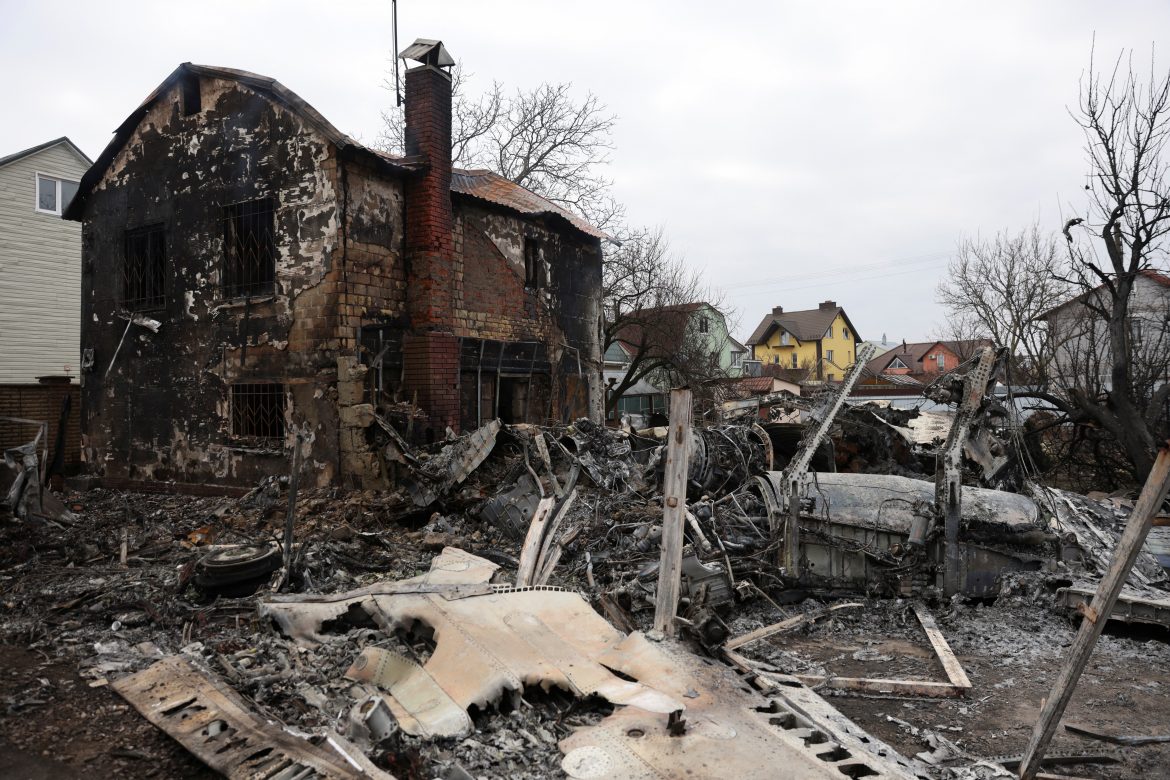 Thirteen Ukrainian border guards defending a small Black Sea island are being hailed as heroes for defiantly telling an invading Russian warship to “go %@$# yourself” and refusing to leave their post. The men were guarding the 42-acre Zmiinyi Island off of Ukraine’s southeast border when two Russian warships approached, commanding them to surrender or face fire, according to reporting by the New York Post.

An audio recording captured the exchange:

“This is a Russian warship, I repeat. I suggest you surrender your weapons and capitulate; otherwise, I will open fire. Do you copy?” the Russians demanded.

“This is it,” one of the Ukrainian guards can be heard saying in the audio.

The first guard then proceeded to turn up the volume on his comms and firmly reply, “Russian warship, go %@$# yourself.”

The events that unfolded next were streamed by a Ukrainian soldier: the warship proceeded to open fire on the men with barreled guns as Russian aircraft bombed the island. All 13 guards died in the attack, according to officials.

By late Thursday, Ukraine’s state border service lost all communication with the guards. It is believed that Russian forces now occupy the strategic island.

Ukraine President Volodymyr Zelensky praised the courage of the border guards, whom he says will receive a posthumous Hero of Ukraine medal for “heroically” defending the island.

“On our Zmiinyi Island, defending it to the last, all the border guards died heroically,” Zelensky said. “But [they] did not give up.”

“May the memory of those who gave their lives for Ukraine live forever,” he said.

Reports have also emerged of other remarkable displays of courage among Ukraine’s citizens. One woman is being praised for her bravery after footage of her confronting a Russian soldier in the coastal city of Henichesk was shared on social media, as reported by Unilad.

The exchange began when the woman, dressed in a black winter coat and white woolen hat, approached a small group of armed Russian troops on the street and began berating them and telling them to leave.

“What the f*** are you doing here?” she demanded of one soldier, per a translation of the interaction.

“We have exercises here. Please go this way,” the soldier replied, attempting to send her away.

The woman, however, stubbornly kept her ground as she continued to upbraid him from a distance of merely five or six feet.

“You’re occupants, you’re fascists! What the f*** are you doing on our land with all these guns?” she continued.

The soldier again asked her to leave, after which she pulled a handful of sunflower seeds from her pocket and held them out to him.

“Take these seeds and put them in your pockets so at least sunflowers will grow after you die,” she chided. The sunflower is a symbol of Ukraine. “You will lie down here with the seeds,” she continued. “You came to my land. Do you understand? You are occupiers. You are enemies. From this moment you are cursed, I am telling you,” she yelled at the soldier, who urged her not to “escalate the situation.”

“How can it be further escalated? You f**king came here uninvited,” she shot back, adding, “Pieces of s***!”

Although the woman’s identity has not been confirmed, her fellow countrymen and women are hailing her bravery as a symbol of their unity and courage in the face of untenable circumstances.

Many Ukrainians have fled to Poland and other neighboring countries while others, including mothers with young children, hunker down in basements, subways and underground shelters. Other citizens of all ages have armed themselves with weapons and Molotov cocktails to fend off Russian troops.

Another act of bravery came from an unlikely source. Thousands of Russian citizens took to several city streets early Friday in anti-war protests, despite warnings that such activity would result in “serious legal consequences.” Roughly 1,800 demonstrators have been arrested.

CPAC: Rubio decries rise of Marxism, loss of freedoms in US