CPAC: Rubio decries rise of Marxism, loss of freedoms in US 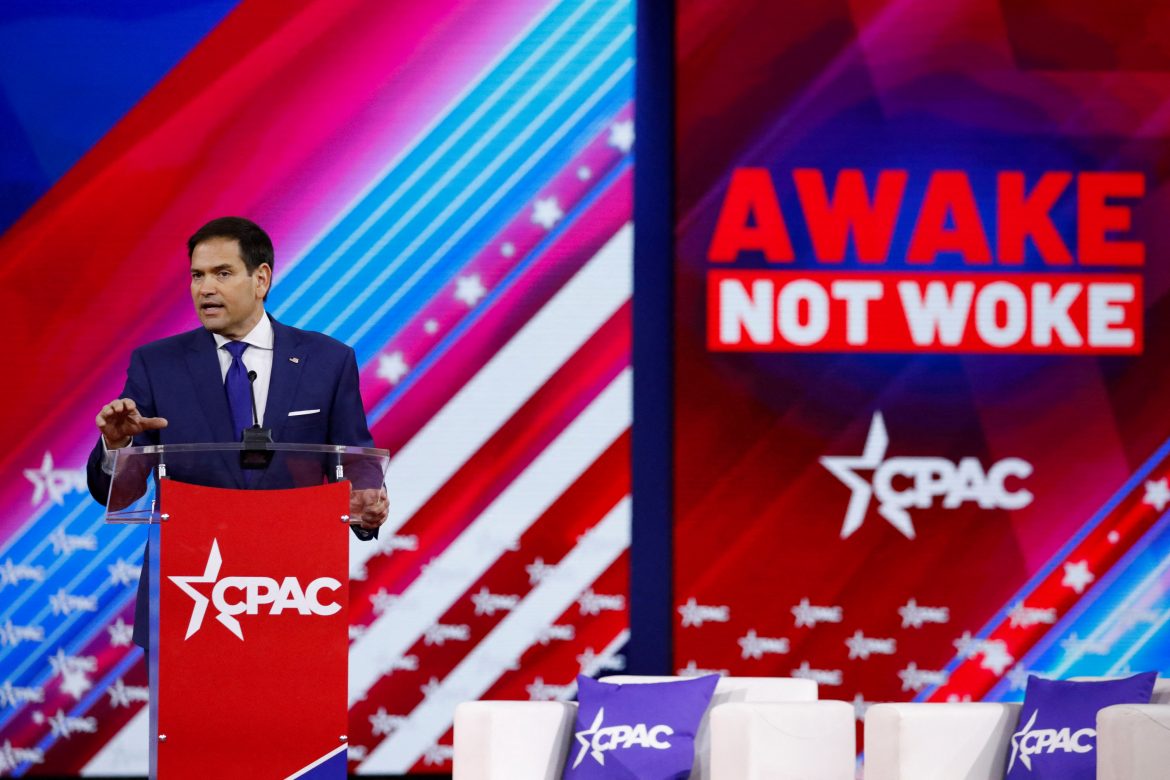 ORLANDO – Sen. Marco Rubio (R-Fla.) spoke of firsts Friday morning, but neither the senator nor his audience found much joy in the revolutionary changes.

Rubio lamented the effects of Marxism, which he blamed for the rise of authoritarianism in the United States, blaming Marxist ideology for the emergence of “speech codes” and for Americans being told to “produce papers” regarding their vaccine status.

“What’s happening now in America is what happens after 20 years of infusing the Marxist thought process into every aspect of our lives,” Rubio said. “And now we come face to face with it.”

Rubio’s speech was heavy on history, as he argued that dictatorships, such as the one found in Cuba, started with small incursions into the freedom of citizens.

“[It’s] an insatiable appetite for power and it will never ever end,” Rubio said. “There is nothing they won’t try to control.” He later added, “If this trend continues … we will live to see the day when mainstream Judeo Christian values and excerpts out of the Bible are considered hate speech.”

No doubt expecting blowback from his political opponents, Rubio addressed a common claim that there are few open Marxists in the United States today.

“Marxists are never self-described Marxists,” Rubio said. “Go back and read the articles from 1956 and ’57 and ’58 when the New York Times sent a reporter to interview Fidel Castro. He didn’t say ‘I’m a Marxist.’ You know what those articles said? He’s a romantic figure with a big beard. He wears a rosary and believes in God. He’s only going to be in power for a year, then he’s going to go off and … have a farm.”

“Marxists lie, and the reason why they lie is that if they told you who they were, you would never let them get where they want to get,” Rubio said.

Rubio said the antidote for the whittling away of freedom was for Conservatives to demand agency of their own lives and to treat rights as God-given rather than allowed by a government.

“What was revolutionary about [the American Revolution] was that it had this audacious idea that your rights come from God, not from a government, not from the leaders,” Rubio said.  He later added, “Nothing looks like it did a thousand years ago, except for one thing: human nature. Human nature is unchanged … Human nature was the same 2,500 years ago as it is today. That’s why the Bible has such wisdom in it.”

Rubio struck a hopeful tone, though, and said he was encouraged by numbers that indicate Americans, even those who have traditionally voted Democrat, are moving away from the Left.

“That’s why I believe, for all the negative we’ve heard, the pendulum is swinging,” Rubio said. “And I believe we are on a precipice, on the verge of a reinvigoration of the American spirit that will not just strengthen America. It will leave us freer and more prosperous than we’ve ever been.”