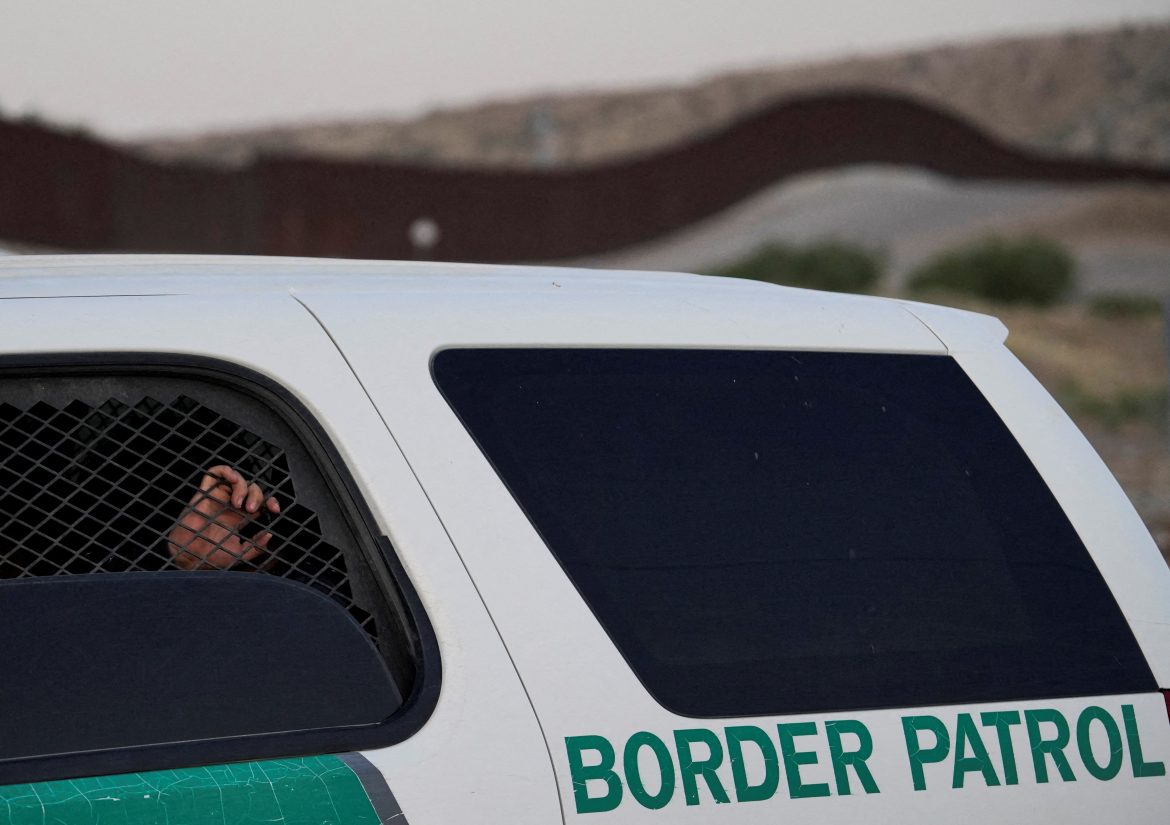 Representative Dan Crenshaw introduced legislation to tighten border security while seeking to protect the youngest and most vulnerable of asylum seekers. This month, the Texas congressman introduced separate bills to close loopholes in the asylum process and to discourage the use of children to bypass the immigration process.

While both bills were introduced in the House on July 13, the Republican only announced their introduction this week through his website and Fox interviews. Both are meant to tighten border security by discouraging illegal crossings into the U.S.

In 1997, the U.S. settled the Supreme Court case Reno v. Flores, by establishing guidelines on the detention, treatment, and release of unaccompanied minor children. The legally binding agreement meant that children could not be detained longer than 72 hours at the border without being released to a parent, adult relative, or licensed juvenile program.

The Flores Settlement was later expanded to include family units containing children. Republicans, including Crenshaw, have criticized this expansion as encouraging the exploitation of minors simply to gain access to the U.S.

“Children are being taken advantage of to use our own laws against us. It’s inhumane, and it’s a root cause of the unprecedented illegal immigration crisis at our southern border,” said Crenshaw.

His Flores Settlement Update and Establishment Act of 2022 would discourage this behavior, according to the Congressman, by requiring DNA testing of all minors within 72 hours of detainment. It would also increase the time that children could be held at the border from three days to 120 to “remove the current incentive” to take minors.

“This bill ensures that children brought across our border have an established, verifiable relationship to those who accompany them. And it holds the cruel people accountable who lie about their relation to an innocent child to get a free pass into our country,” Crenshaw added.

In 2019, rapid DNA tests used at the border revealed that 30% of adults detained at the border were traveling with nonbiological children. Meanwhile, authorities in Mexico and along the southern U.S. border have noted an uptick in the use of children by drug cartels to smuggle illegal substances for over a decade already.

In a 2021 interview with Sheriff J.E. Guerra – located in Hidalgo County, Texas – the law enforcement officer alleged that cartels were abducting children from their real family units to gain cover as they crossed the borders themselves. The exploitation also included payment demands for safe passage, a debt that might land a minor girl into sex trafficking.

Crenshaw also targeted current asylum-seeking laws with his “Closing Loopholes and Ending Asylum Abuse Act of 2022” in another effort to slow historically high illegal border crossings. This legislation would update the existing asylum system to clarify that persecution needs to be “by government or a governmental-affiliated entity”.

It also would remove the ability for illegal immigrants to claim asylum seeker status if caught between ports of entry. The bill, if passed, would require that these claims could only be made at a designated port of entry or designated asylum office.

These “diplomatic missions” offices may be located at existing U.S. government facilities in Mexico City, Ciudad Juarez, Matamoros, Monterrey, Nogales, Tijuana, or any other U.S. embassy or consulate recommended for this use by the secretary of state and attorney general.

“America’s asylum process is fundamentally broken. Everyone knows it, including the cartels, who are coaching illegal immigrants on how to exploit loopholes, contributing to the worst border crisis in decades,” Crenshaw said in a statement to Fox News Digital.