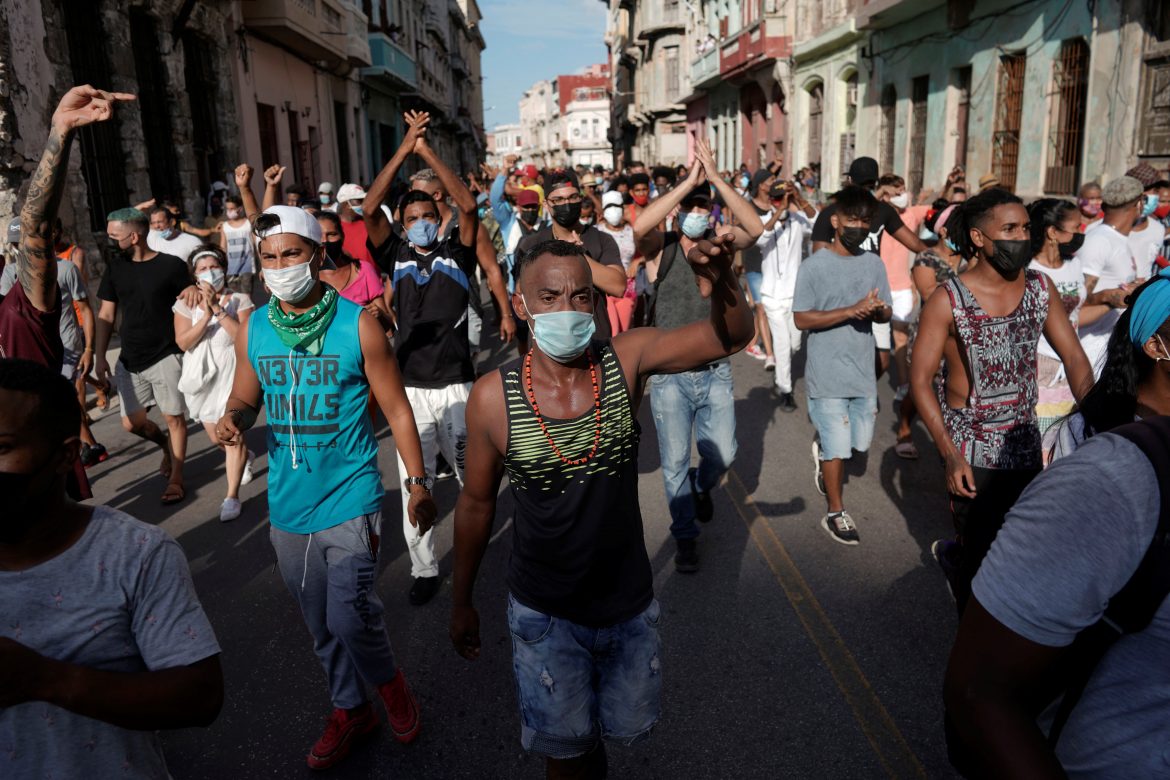 Thousands flooded the streets across multiple cities in Cuba on Sunday to demand their freedom from the oppressive control of its communist government and also called for food and COVID-19 vaccines. Video footage showed protesters taking control of a communist party office, flipping over police vehicles, and others shouting “freedom” and “liberty” while waving American flags.

Cuban President Miguel Diaz-Canel addressed the situation saying, “We are not going to hand over the sovereignty or the independence of the people.” Many of the protestors are calling for the president’s resignation, shouting “Diaz-Canel step down.” President Diaz-Canel claims the protests are a result of  U.S. sanctions, which increased economic hardship on the island.

Authorities have begun cracking down on the unrest with police arresting protestors. Some American lawmakers, such as Republican Florida Senator Marco Rubio, have voiced concerns that Cuban troops won’t hesitate to kill citizens to maintain powers.

No one in #Cuba has guns.

Make no mistake @potus # this regime will threaten you with another Mariel & is willing to murder unarmed people to stay in power#SOSCuba #PatriaYVida pic.twitter.com/ETJawsZDTQ

Tens of thousands of people in #Cuba are protesting at this very moment.

The regime is shutting off the internet on the island. The Castro dictatorship doesn’t want the world to see what’s happening.

On Sunday, Julie Chung, Acting Assistant Secretary for the U.S. Department of State’s Bureau of Western Hemisphere Affairs, responded to the unrest, attributing the protests to concern over “rising COVID cases/deaths & medicine shortages,” rather than the nation’s oppressive government. Chung’s tweet drew strong criticism from Republican Texas Congressman Dan Crenshaw who accused her of covering for the Communist Cuban government.

Peaceful protests are growing in #Cuba as the Cuban people exercise their right to peaceful assembly to express concern about rising COVID cases/deaths & medicine shortages. We commend the numerous efforts of the Cuban people mobilizing donations to help neighbors in need.

President Joe Biden released a short statement on Monday saying the U.S. stands “with the Cuban people and their clarion call for freedom and relief from the tragic grip of the pandemic and from the decades of repression and economic suffering to which they have been subjected by Cuba’s authoritarian regime.”