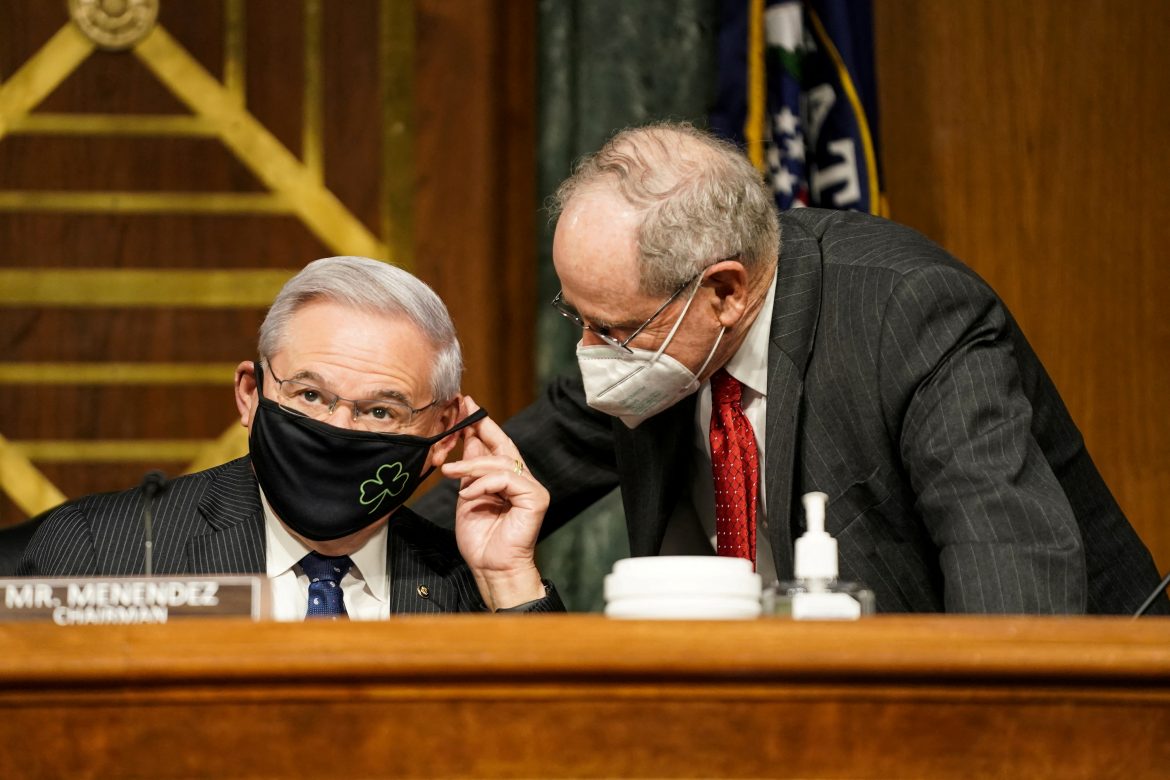 U.S. senators are very close to reaching a deal on legislation to sanction Russia over its actions on Ukraine, including some measures that may take effect before any invasion, two leading senators said on Sunday.

Senators Bob Menendez, the Democratic chairman of the Senate Foreign Relations Committee, and James Risch, its top Republican, hoped to move forward on the bill this week.

“I would describe it as that we are on the one-yard line,” Menendez said on CNN’s “State of the Union,” using an American football reference meaning very close to the goal.

There is strong bipartisan resolve to support Ukraine and to punish Russia if it invades Ukraine, Menendez said. Asked if an agreement will be reached this week, he said, “I believe that we will get there.”

Russia has been building up its forces on Ukraine’s borders for months and has demanded NATO pull troops and weapons from eastern Europe and bar the former Soviet state from ever joining the U.S.-led military alliance.

The Senate bill would target the most significant Russian banks and Russian sovereign debt, as well as provide more U.S. military assistance to Ukraine.

Some of the sanctions in the bill could take effect before any invasion because of what Russia has already done, Menendez said, including cyber-attacks on Ukraine, false flag operations and efforts to undermine the Ukrainian government internally.

More crushing sanctions would follow if Russia invades, he said, “but the lethal aid would travel no matter what.”

There are still areas of disagreement between senators from the two parties, especially over whether to impose sanctions on the Nord Stream 2 natural gas pipeline.

“We’re working on that. I think that’s going to be the last T-crossed, I-dotted before we put them all across the finish line,” Risch said.

Ukraine is asking for both actions – sanctions right now and more after any invasion, Kyiv’s ambassador to the United States, Oksana Markarova, said on CBS’ “Face the Nation.”

“There is no friction,” she said. “We can have difference of opinions, but the United States is Ukraine’s strategic partner and friend, and relations are at their highest level in decades.”

Regional WHO director accused of racist and unethical behavior