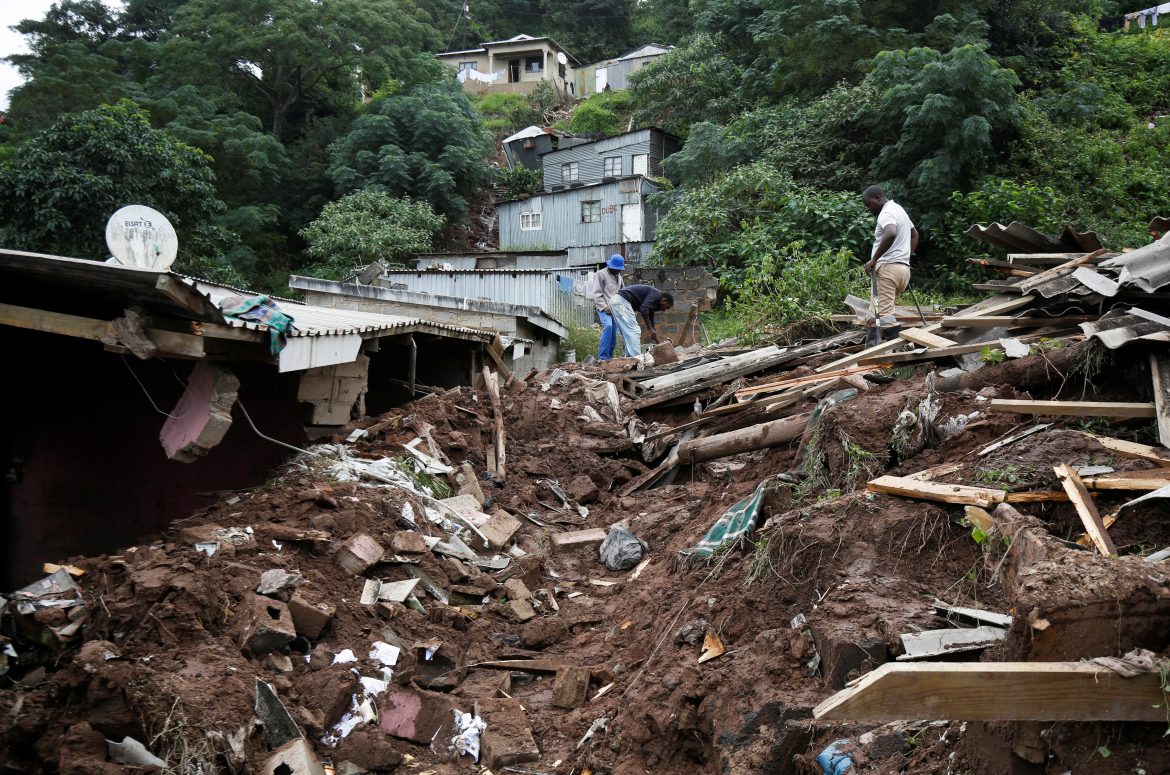 The death toll from devasting floods on South Africa‘s east coast increased to 259, a provincial official said on Wednesday, from an earlier estimate of just over 50.

The heavy rains on Tuesday also displaced dozens, swept away roads, and disrupted shipping in one of Africa‘s busiest ports.

Disaster management teams were evacuating people in areas where mudslides occurred and where buildings had collapsed, the province’s Department of Cooperative Governance and Traditional Affairs (Cogta) said.

Dozens of homes were washed away and several roads had caved in, hampering transportation and rescue operations. People were seen carrying some salvaged possessions to safer places as muddy waters gushed across streets.

The rains in KwaZulu-Natal also flooded a dam beyond capacity, making it impossible to operate a hydroelectric generator at power utility Eskom, Chief Executive Officer Andre de Ruyter said in an online briefing.

Floods around the coastal city of East London in January had killed at least 10 people and left hundreds homeless.

The South African Weather Service declined to attribute the current spate of rainfall to climate change but said such heavy rain events could become more common.

Heavy rainfall in KwaZulu-Natal considerably weakened on Wednesday, but rains will return from Friday to Monday, according to the weather department.

A Moment In History: The Legend of the Samurai