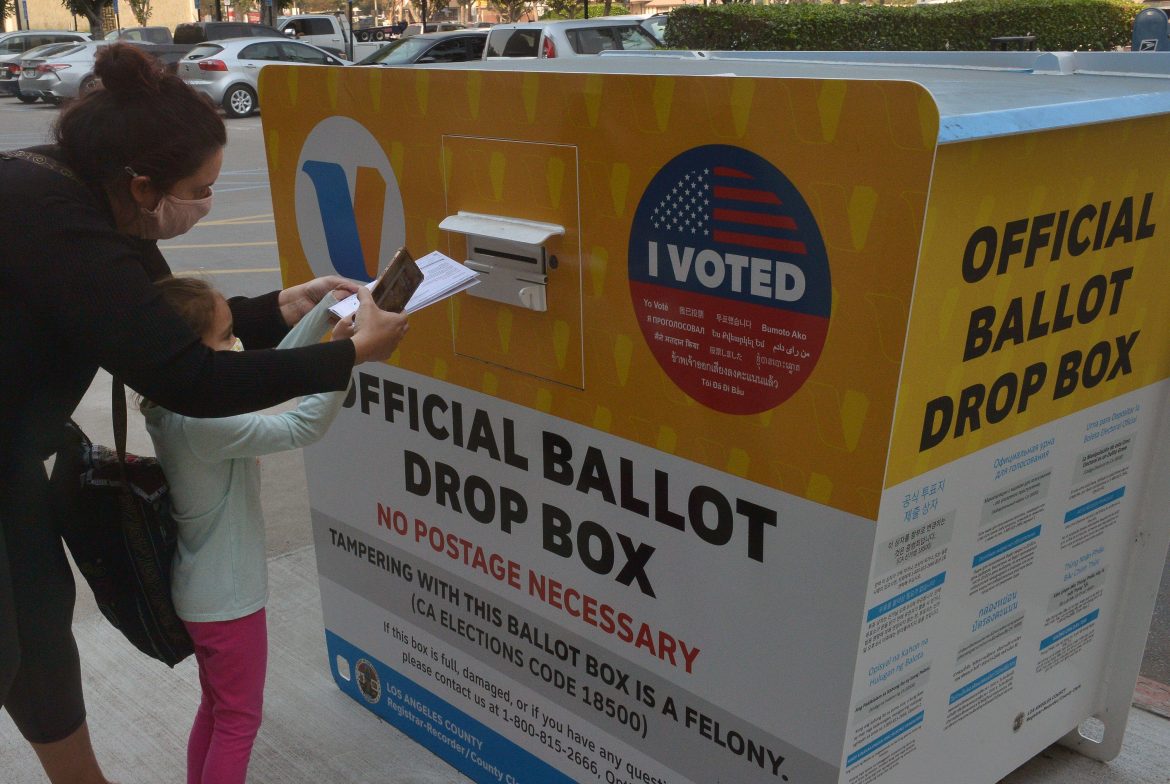 A North Carolina absentee ballot request report released this week shows that Democrats are far outpacing Republicans in a state with one of the most closely watched Senate races leading into the midterms, Fox News reported.

As of Monday, Democrats had requested 35,303 absentee ballots, representing 53% of the total of 66,311 requests, with Republicans coming in well below that figure at 8,907, or 13%. Independent voters in the Tar Heel state made 21,917 ballot requests, with Libertarian and Green Party voters coming in at 181 and 3, respectively.

A source familiar with past elections in North Carolina told Fox News that the disparity in absentee ballot requests was “on par” with that of the 2018 and 2020 elections and pointed out that former President Donald Trump still won the state in 2020.

North Carolina, considered a key battleground state in the upcoming midterm elections, has a Senate seat up for grabs and four targeted House races with the potential to shake up the balance of power in both chambers of Congress in November. Trump-backed candidate, U.S. Rep. Ted Budd, won the state’s Republican U.S. Senate nomination to take on Democratic nominee and former state Chief Justice Cheri Beasley, who hopes to become the state’s first black senator. The two are vying to replace the seat vacated by retiring Republican Sen. Richard Burr.

The rankings add to concerns among GOP leaders, who appear to have backed off earlier predictions of Republicans handily taking control of both the House and Senate in the general elections, given President Joe Biden’s administration’s numerous failures. Some Republicans are now expressing concern that a large field of Trump-backed nominees lacks broad enough appeal to win over independent and even some Republican voters, let alone any Democrats, on Nov. 8.

State officials began mailing out ballots Friday, the same day North Carolina and national Republicans filed a lawsuit to block the State Board of Elections from extending the absentee-ballot receipt deadline, the Associated Press reported.

The Republican National Committee, State Republican Party, and the Clay County GOP chairwoman sued the board in Wake County Court, arguing that the extension violates state law and the state and U.S. Constitutions. They also contend that Wake County Election Board Executive Director Karen Brinson Bell does not have the authority to move the deadline from Nov. 11, which falls on Veteran’s Day, to Nov. 14.

State law says county election offices must receive civilian absentee ballots no later than the third day after Election Day, either in person or through the mail, as long as the ballot is postmarked by Election Day, which falls this year on Nov. 8.

And it starts again, though it is possible a number of Dems will not vote for Dem Congressional candidates who support Biden. But better believe the Dems have been out working for Dem votes just like before. NEED to stay on alert from mail-in fraud more than ever from now on. A Dem remaining in power in Congress I’d say is proof of fraud with this administration & Congress spending $$$$billions-trillions like it’s never ending.