DeSantis pitted between GOP and voters on medical freedom dilemma 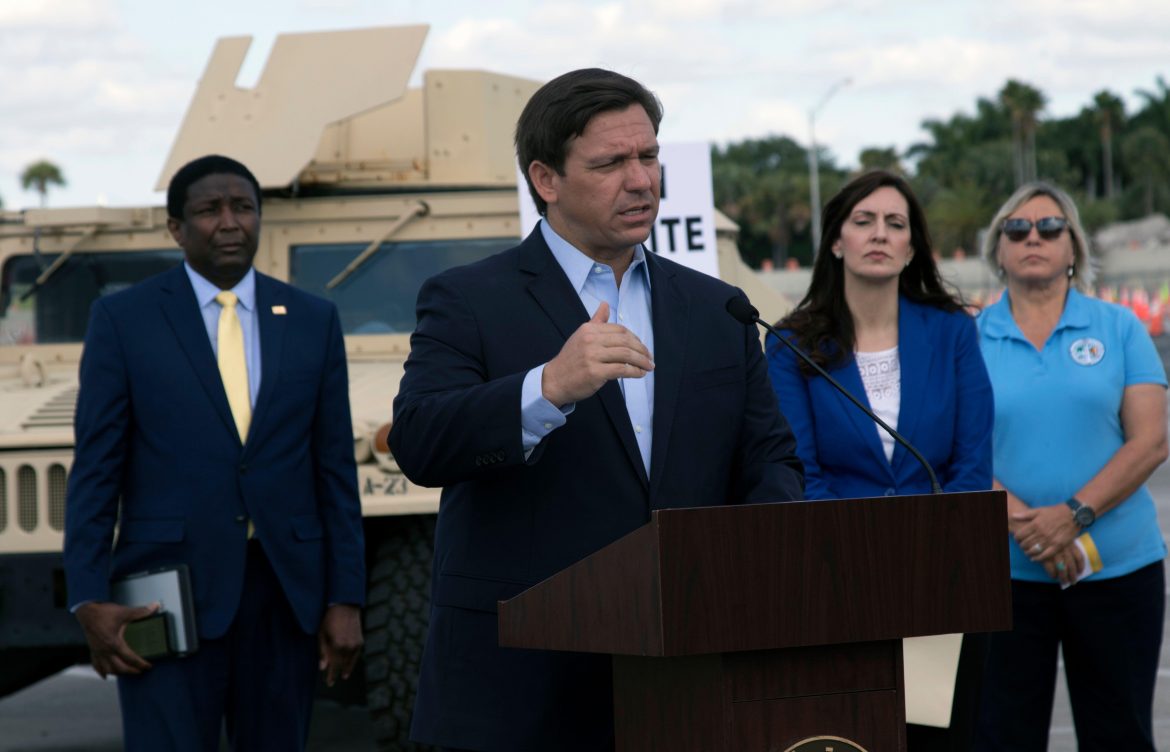 Florida Governor Ron DeSantis has found himself pitted against fellow members of the Republican Party and his constituents. He has only two days to decide whether to align with his party by allowing a bill to become law or to veto it, as asked by voters.

On Feb. 17, SB 7014 was placed on DeSantis’ desk after being overwhelmingly passed in both the State Senate and House. The Republican-drafted bill extends healthcare provider liability protection against claims connected to COVID-19 until June 1, 2023. Florida law states DeSantis has seven days to act upon any legislation. That means that the measure will become law on Feb. 24 unless DeSantis vetoes it.

Although the law may have passed through both legislative branches with bipartisan support, it has proved controversial with Florida citizens who feel it endangers medical freedom and lives. A Feb. 14 letter written by R. Shawn McBride, an attorney associated with American Freedom Information Institute, represents the views of this growing chunk of supporters.

McBride asked DeSantis to veto SB 7014 under concerns that it gives hospitals incentive to prioritize ineffective government-sponsored treatment protocols, according to medical professionals. Most notably, these treatment plans could be followed despite the will of a patient while granting liability protection to the healthcare provider. This liability protection is granted as long as the hospital follows “government-issued health standards related to” COVID-19, according to the original law that Republicans voted to extend.

Center for Disease Control recommended treatment plans still include ventilators and the drug Remdesivir, even though some professionals have warned that early ventilator use in the disease can be harmful, or a patient’s regular doctor might have preferred to prescribe Ivermectin as an effective treatment plan. For this reason, the veto request argues that the law will continue to take medical freedom from Floridians who can be “denied treatment, checked into hospitals and cut-off from their loved ones and medical decision-makers” which then allows hospitals to violate an individual’s choice.

Additionally, according to McBride, patients may be denied alternative treatment procedures based on a hospital’s internal procedures. McBride warned DeSantis, “Signing SB 7014 and extending liability protection based on following government treatment protocols will only make the system continue these practices.

21 “freedom-loving organizations” originally signed the letter, stating that they represent “hundreds of thousands of members/mailing lists/participants.” The letter has since reached 35 signatures. The Freedom Information Institute has stated that they call daily to inform DeSantis of the latest number of veto-supporters.

McBride said to DeSantis in the letter, “Many of our supporters are your supporters that have voted for you in the past and hope to vote for you again in the future.”

Although DeSantis has trended in recent months for his public support of medical freedom and for opposing COVID-19 vaccination mandates, he has been silent so far on this bill.

Governor DeSantis please veto this bill. So many have been murdered at the hands of hospitals and the physicians working there. Almost all of these patients should have walked out of the hospital doors and go home instead of being buried. Several treatments have proven to help them do this but the hospitals refused them this treatment. Please look into these facts with a veto.