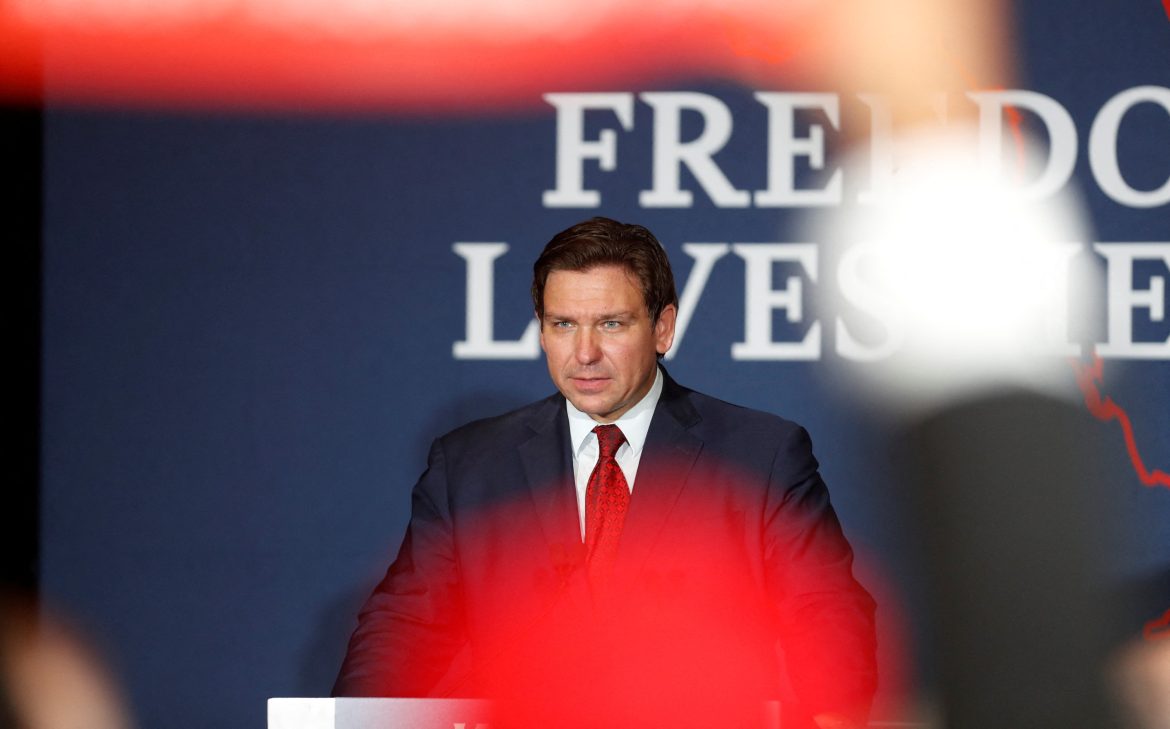 During a press conference on Friday, DeSantis told a crowd of reporters that he intends to make use of “every penny” in funds specifically allocated for transporting illegal aliens out of the state.

“The legislature gave me $12 million. We’re going to spend every penny of that to make sure that we are protecting the people of the state of Florida,” DeSantis said.

Christina Pushaw, the press secretary for DeSantis, confirmed this fact on Twitter following the speech, saying this precise funding was a “highlight of the budget.”

Underrated aspect of Martha’s Vineyard meltdown today: The funding for transporting illegal aliens to sanctuary jurisdictions was a highlight of the budget @GovRonDeSantis signed MONTHS ago. Dem legislators performing outrage today voted for it 🤡

On Thursday, FISM News reported that Governor DeSantis had sent two flights of 50 illegal aliens in total up to Martha’s Vineyard in Massachusetts. This was something DeSantis previously had hinted at doing, even mulling whether he would send any aliens to Biden’s home state of Delaware.

Since then, the Florida governor has received scorn from liberal politicians and talking heads who have labeled the move a “political stunt” that gambles with human life. DeSantis responded to these criticisms during his speech.

Among many of the criticisms he addressed was the idea that the aliens were misled into boarding the planes bound towards Martha’s Vineyard. DeSantis assured the crowd that these flights were “voluntary” and included signing a release form and a packet that contained, among other things, “a map of Martha’s Vineyard.”

After speaking about how well the aliens were treated in their departure, DeSantis then turned the “humane” argument back towards the Biden administration’s actions.

“What’s not humane is what Biden is doing. He’s given a false promise — the border is open — luring people to come here for political purposes and then basically cutting people loose and leaving them high and dry,” DeSantis said.

“I think you can trace all this back to him coming to office and reversing President Trump’s policies,” he added saying the policy reversal was nothing more than a “virtue signal.”

He also called out Democrats for “beating their chests” and designating their localities as “sanctuaries” for immigrants, but not being able to handle up to a few thousand immigrants being sent their way.

Pushaw also mocked many of the Florida Democrats who have blasted DeSantis, saying almost “every Dem” voted for the exact budget that allocated $12 million for illegal immigrant removal.

Here are all the Florida house reps and senators who voted for this year’s budget, including the funding for transporting illegal migrants out of Florida into sanctuary states.

Almost every Dem voted for it. Now they’re calling @GovRonDeSantis a criminal for following through😂 pic.twitter.com/HCT6wtn3k1

DeSantis also told reporters that there is now “an infrastructure in place,” and there will “be a lot more that’s happening” with regards to immigrant relocation. He hinted at using planes as well as buses to send illegal immigrants to other, currently unidentified locations.