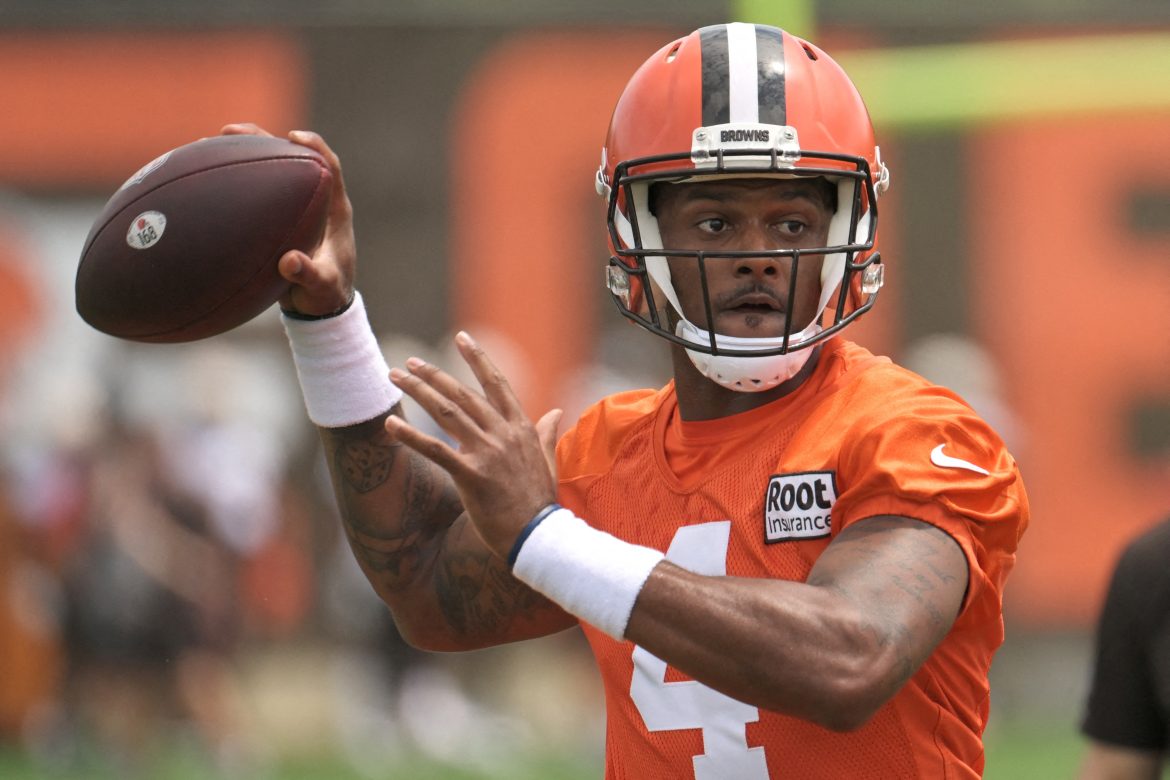 The NFL has reached a final agreement in conjunction with the NFL Players’ Association on the situation surrounding numerous sexual abuse accusations against DeShaun Watson.

The Cleveland Browns’ star quarterback will be suspended for 11 games in the 2022 season and will be forced to pay a $5 million fine, as well as undergo personal conduct evaluations.

Watson responded to the announcement apologetically and promised to take accountability for his choices.

I’m grateful that the disciplinary process has ended and extremely appreciative of the tremendous support I have received throughout my short time with the Browns organization. I apologize once again for any pain this situation has caused. I take accountability for the decisions I made. My focus going forward is on working to become the best version of myself on and off the field and supporting my teammates however possible while I’m away from the team. I’m excited about what the future holds for me in Cleveland.

However, in terms of the specific accusations, the young quarterback is maintaining his claims of innocence contrary to those levied against him by 30 different women.

“I’ll continue to stand on my innocence, just because you know settlements, and things like that happen doesn’t mean that a person is guilty for anything,” he said. “I feel like a person has an opportunity to stand on his innocence and prove that, and we proved that from a legal side, and just going to continue to push forward as an individual and as a person.”

Watson’s suspension takes effect on August 30. He will miss the majority of the regular season and will be eligible to return in time for his team’s contest on December 4. This is bound to be a high-profile clash, as the Browns will travel south to meet the Houston Texans, Watson’s former club.

NFL Commissioner Roger Goodwill said, “Deshaun has committed to doing the hard work on himself that is necessary for his return to the NFL. This settlement requires compliance with a professional evaluation and treatment plan, a significant fine, and a more substantial suspension. We are grateful to Judge (Sue) Robinson and Peter Harvey for their efforts in addressing these matters, which laid the foundation for reaching this conclusion.”

On the field, long-suffering Browns fans will hope that journeyman quarterback Jacoby Brissett can hold the ship afloat while Watson serves his suspension.