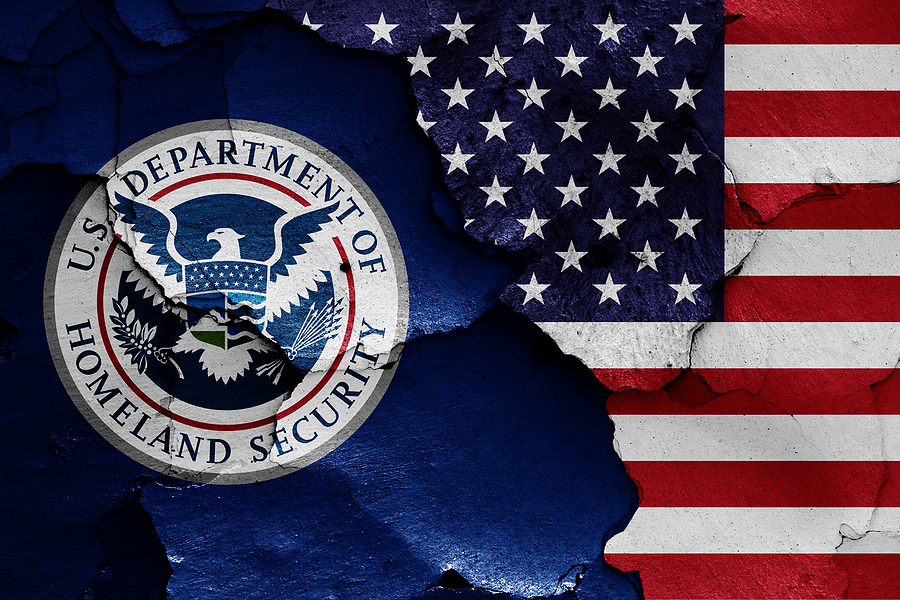 The Department of Homeland Security has declared a “heightened threat environment” in their National Terrorism Advisory memo posted on Feb. 7.

The advisory cites the promotion of “misleading narratives” that “undermine public trust in U.S. government institutions” as a crucial reason for their assessment of heightened threat levels across the country.

“The United States remains in a heightened threat environment fueled by several factors, including an online environment filled with false or misleading narratives and conspiracy theories, and other forms of mis- dis- and mal-information (MDM) introduced and/or amplified by foreign and domestic threat actors,” the DHS stated in their memo.

“These threat actors seek to exacerbate societal friction to sow discord and undermine public trust in government institutions to encourage unrest, which could potentially inspire acts of violence,” the assessment continued, seeming to indicate that the dispersion of information was the foundation for the heightened security measures.”

Included in the potential threats that the DHS warns Americans might face are “mass casualty attacks and other acts of targeted violence conducted by lone offenders and small groups acting in furtherance of ideological beliefs and/or personal grievances pose an ongoing threat to the nation.”

According to The Epoch Times, the government agency is focused primarily on misleading information about COVID-19 and stated that some have used COVID-19 mandates or vaccines to carry out attacks, as early as 2020, though the agency didn’t offer examples or proof of its allegations.

In addition to information surrounding COVID-19, the DHS also cited claims of election fraud as contributing to the heightened potential for violence and loss of life, but again, didn’t offer additional details or evidence to support their assertion.

The DHS memo pointed out three distinct threat areas that they are concerned with:

(1) the proliferation of false or misleading narratives, which sow discord or undermine public trust in U.S. government institutions; (2) continued calls for violence directed at U.S. critical infrastructure; soft targets and mass gatherings; faith-based institutions, such as churches, synagogues, and mosques; institutions of higher education; racial and religious minorities; government facilities and personnel, including law enforcement and the military; the media; and perceived ideological opponents; and (3) calls by foreign terrorist organizations for attacks on the United States based on recent events.

Red State points out that the reported “misinformation” seems to be a departure from the other types of threats, saying “Which of those last three things was not like the others: calls for attacks on the U.S by foreign terrorists, calls for violence against critical infrastructure or soft targets, or ‘false or misleading narratives’ which undermine trust in the government? How does that even begin to be the same? It’s more than a little concerning when they’re counting questioning the government as a ‘threat’ on par with violence or attacks by foreign terrorists.”

The National Review called the memo an “Ugly Attack On Free Expression,” going on to say that “It is, of course, the constitutional right of every American to undermine public trust in the U.S. government. Oftentimes, it is well deserved. Even if it’s not, a person is free to misinform or theorize or simply spread outright insane notions about the world for kicks.”

The Center to Advance Security in America (CASA) said it intends to file a Freedom of Information Act (FOIA) request to see the basis of the DHS bulletin, according to The Washington Times.

“What is a ‘misleading narrative,’ and who’s deciding what’s misleading, and how are they going to go after and conduct intelligence on it?” CASA Director Adam Turner said Wednesday in an interview. “I think they’re referring to people that don’t agree with whatever their talking points are for that time.”