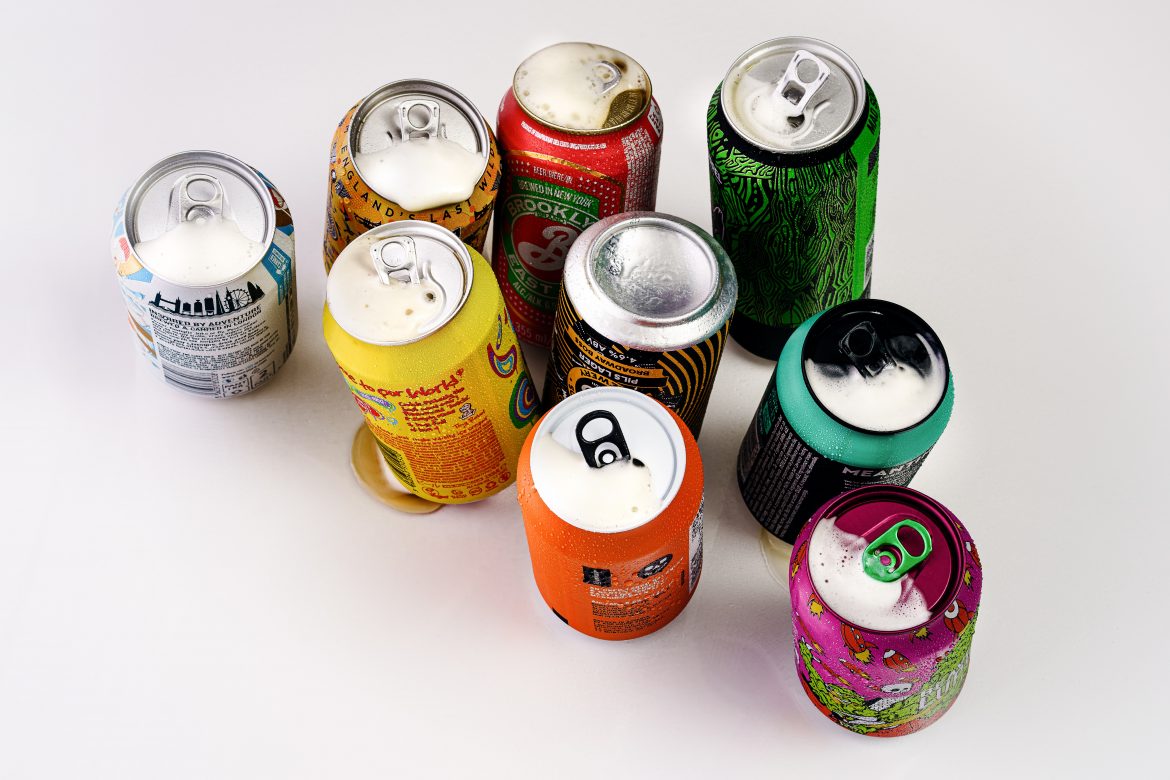 DNA collected from a discarded can of beer has led to an arrest in the 1996 brutal slaying of a Florida convenience store manager. Orange County Sheriff John Mina announced that Kenneth Stough, Jr., 54, was taken into custody for the murder of Terence Paquette during a Nov. 4 press conference.

In February 1996, the body of Terence Paquette was found in the bathroom of the Lil' Champ convenience store. The case remained unsolved for nearly 25 years. #coldcase pic.twitter.com/elWoZRYibU

On the morning of Feb 3, 1996, Paquette, 31, was found dead inside a blood-soaked bathroom of the Lil’ Champ convenience store on Clarcona Ocoee Road in Orlando, where he worked as a manager. A coroner’s report revealed that he suffered 73 stab wounds and his throat had been slit. According to Mina, homicide detectives working the “gruesome” crime scene discovered that the day’s cash deposit was missing. Investigators also found droplets of blood from an unknown person inside the store which were collected for analysis. Having no comparison sample, however, investigators were unable to determine the individual’s identity. With no additional leads, the case eventually went cold.

Subsequent advancements in DNA analysis prompted investigators to take another shot at cracking the case in 2003, at which time they entered the blood evidence into a DNA database. Again, no match was found.

The case was reopened yet again following the establishment of a new Orange County Sheriff’s Dept. cold case unit in 2019. Investigators received a huge break in the case when forensic genealogists working with the Florida Department of Law Enforcement were able to determine that a blood droplet recovered from the store’s freezer could only belong to one of three brothers, one of whom was Kenneth Stough.

According to detectives, Stough had worked at the Li’l Champ store prior to Paquette and, at the time of the murder, lived in an apartment across the street from the victim’s residence, making him their most likely suspect in the murder. In the months leading up to the slaying, Stough was known to drop in at his former workplace with some frequency.

Detectives managed to locate Stough and began monitoring his movements. During one surveillance, Detective Brian Savelli followed the suspect to a Lake County gas station, where he observed Stough toss several empty beer cans into a nearby dumpster. Savelli quickly retrieved the cans and submitted them for swabbing. The case finally broke when analysis revealed that the DNA taken from the cans matched the blood droplet evidence found at the crime scene. Stough was taken into police custody and charged with first-degree murder with a weapon.

Although none of Paquette’s known family members were still living at the time of the arrest, detectives were able to notify friends of the victim that the case had finally been solved.

“I think it’s important to remind our public again, remind our survivors and the families of all our victims out there that we never, ever forget about these cases,” said Minas.

Savelli said detectives are still working to determine a motive.

According to a Fox News report, the Paquette murder marks the eighth homicide solved by the Orange County Sheriff’s cold case unit since its formation in 2019.