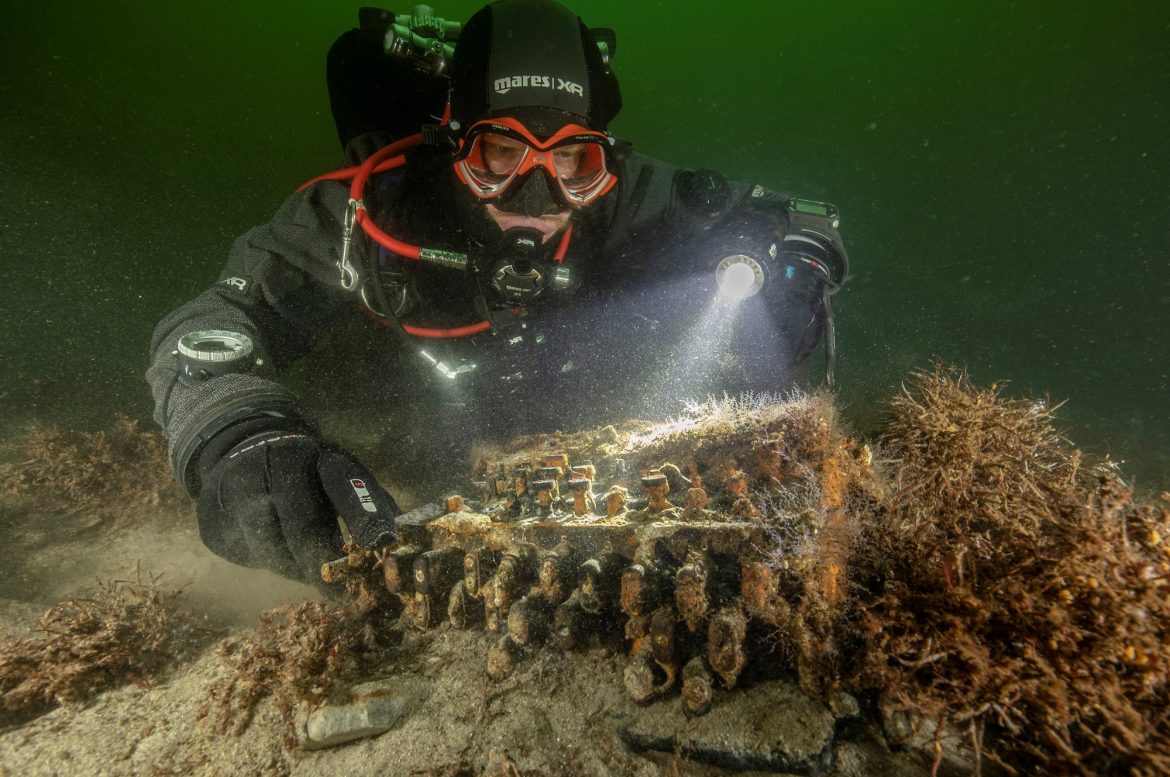 German divers searching the Baltic Sea for discarded fishing nets have stumbled upon a rare Enigma cipher machine used by the Nazi military during World War Two which they believe was thrown overboard from a scuttled submarine.

Thinking they had discovered a typewriter entangled in a net on the seabed of Gelting Bay, underwater archaeologist Florian Huber quickly realised the historical significance of the find.

“I’ve made many exciting and strange discoveries in the past 20 years. But I never dreamt that we would one day find one of the legendary Enigma machines,” said Huber.

The Nazi military used the machines to send and receive secret messages during World War Two but British cryptographers cracked the code, helping the Allies gain an advantage in the naval struggle to control the Atlantic.

At Bletchley Park codebreaking centre, a British team led by Alan Turing is credited with unravelling the code, shortening the war and saving many thousands of lives.

Shortly before Germany’s surrender in May 1945, the crews of about 50 submarines, or U-Boots, followed an order to scuttle their ships in Gelting Bay, near the Danish border, to avoid handing them to the Allies. Destroying encryption devices was part of the order.

“We suspect our Enigma went overboard in the course of this event,” said Huber, of the Kiel-based company Submaris which leads underwater research missions.

Overall, Germans sank more than 200 of their submarines in the North and Baltic Seas at the end of the war.

The Enigma device, which looks like a typewriter, consisted of a keyboard and wheels which scrambled messages. Although several hundred thousand machines were produced, only a few hundred are known to exist. They sell at auction for tens of thousands of euros.

The find, made by divers working on behalf of WWF aiming to find abandoned fishing nets that endanger marine life, will be given to the archaeology museum in Schleswig.