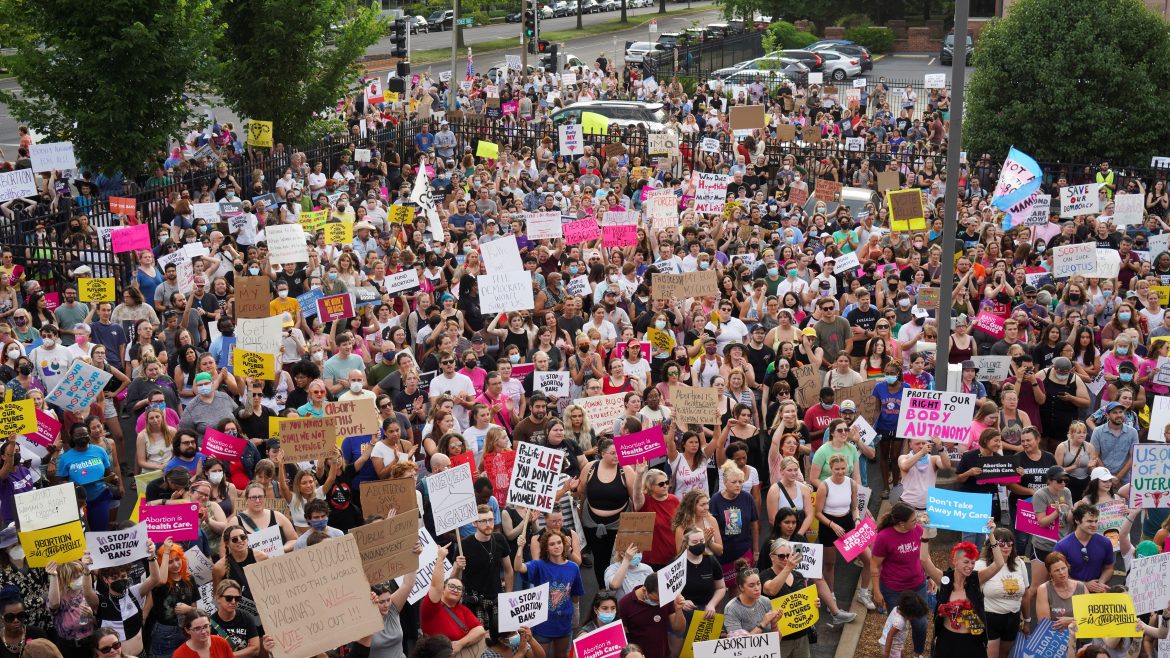 The June 24 Supreme Court Dobbs v. Jackson ruling, which overturned the earlier Roe v. Wade, shows how divided the U.S. remains over what constitutes a life worth protecting. The fight between pro-choice and pro-life will continue, battled primarily through state elections and in the House and Senate.

On the day the ruling was released, President Joe Biden called it a “sad day for the country, in my view, but it doesn’t mean the fight is over.” By the end of the day, hundreds of abortion supporters gathered outside the Supreme Court to protest the Dobbs decision.

While this protest died down without major incidents, others in the nation were not so peaceful. In Arizona, protestors attempted to breach the state capital building in what Republican State Senate President Karen Fann called an “attempted insurrection.”

Biden vowed to fight against pro-life rulings. However, he admitted that only federal legislation could nationally legalize abortion once more and added there are currently not enough liberal votes to make this happen. For that reason, the upcoming mid-term elections mean “Roe is on the ballot.” He added, “Until then, I will do all in my power to protect a woman’s right in states where they will face the consequences of today’s decision.”

Biden vowed to protect a woman’s right to travel to an abortion-friendly state for the procedure. The White House also claims it will ensure women in pro-life states have access to FDA-approved mifepristone through mail services. Mifepristone, a progesterone blocker, is the first drug taken in the two-part medical abortion procedure and starves the unborn baby so that his development becomes hampered.

Attorney General Merrick Garland backed Biden’s comments in a statement released Saturday, saying the “Justice Department strongly disagrees” with the ruling. He added, “Under the Freedom of Access to Clinic Entrances Act, the Department will continue to protect healthcare providers and individuals seeking reproductive health services in states where those services remain legal.”

Garland also maintained that states could not restrict access to a drug approved with “expert judgment about its safety and efficacy.”

While the court’s ruling did not automatically outlaw abortion, it gave states the right to set their own laws regarding regulation and legality. In response, Democrat governors promised to help women travel to their states for abortions after the Dobbs decision.

California, Oregon, and Washington’s governors released a joint video statement promising to shield women from “out-of-state investigations, inquiries, and arrests” into the matter of abortions.

“Democratic governors are the last line of defense against these types of extreme bills,” Cooper said.

At least 23 major corporations have pledged to provide travel expenses for employees who travel out of state to obtain an abortion, according to a partial list compiled by Reuters. This list includes Meta, Amazon, Microsoft, MasterCard, Netflix, and Disney.

Republicans applauded the decision for affirming states’ rights to defend unborn lives. Top House Republicans Kevin McCarthy, Steve Scalise, and Elise Stefanik released a joint statement saying, “We applaud this historic ruling, which will save countless innocent lives. The Supreme Court is right to return the power to protect the unborn to the people’s elected representatives in Congress and the states.”

Penny Young Nance, the president of the pro-life group Concerned Women for America, said her organization feels “empowered” at the prospects of a state-by-state fight.

“Before we couldn’t even have a conversation in state legislatures,” Nance said.

Not all Americans feel like Nance, best highlighted by the actions of abortion protestor Guido Reichstadter on Friday. Reichstadter risked death as he climbed on top of one of the arches of Washington, D.C.’s Frederick Douglass Memorial Bridge to make his feelings known:

Hey I'm at the top of the Frederick Douglass bridge in Washington DC right now & want to know why YOU aren't in the streets nonviolently shutting down the gov day after day after day till Congress protects abortion rights? Rise Up my Friends! pic.twitter.com/sDuqmpi8fm

The bridge closed for several hours while police officers worked to set up inflatables underneath Reichstadter to ensure his safety.

Some abortion clinics have already shuttered in response to the ruling, which triggered laws in 13 states. Abortion is already illegal in Texas, Louisiana, Oklahoma, Kentucky, and South Dakota, with trigger laws in eight other states coming into effect soon.