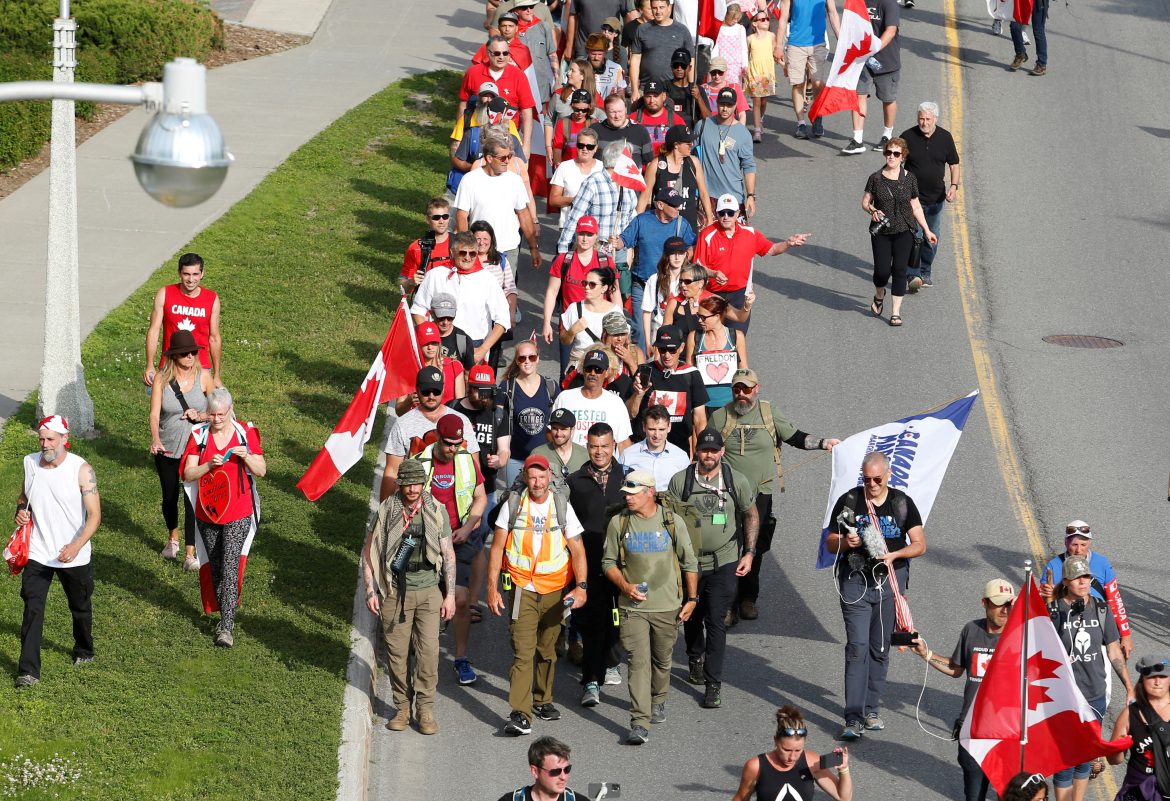 The crackdown on Canada’s Freedom Convoy was more elaborate than previously reported, as new documents show that a federal Canadian bank tracked supporters of the protest movement even after it was broken up.

According to documents obtained by Blacklock’s Reporter through an Access to Information request, Farm Credit Canada of Regina told its employees to document customers that support the Freedom Convoy.

Farm Credit Canada chief operating officer Sophie Perreault told employees in a February 23 email that they should report any customers who are suspected to be involved in the vaccine mandate protests.

“If you become aware of potential customer involvement in blockades, occupations, and other support of activity related to the ‘Freedom Convoy’ you must submit a tip to the customer diligence centre,” Perreault wrote.

“Include the customer’s name, stated involvement, date and any other pertinent details. Please do not complete any investigative work yourself or communicate any information about [Farm Credit Canada’s] approach to customers who voluntarily disclose their involvement.”

According to a report by The Post Millennial, which has seen Blacklock’s Reporter’s full report, the email further says that customers who violated Canada’s Emergencies Act would have “appropriate action” taken against them by Farm Credit Canada.

“Any individual and entities that have been verified by the authorities as participating in illegal activity under the Act will face appropriate action which will include not onboarding those found to violate the Act, freezing disbursements, and assessing the need to terminate business relationships,” the email says according to the Post Millennial report.

The Emergencies Act was implemented by Canadian Prime Minister Justin Trudeau on February 14 in an effort to end the Freedom Convoy, which gathered in the capital city of Ottawa to protest cross-border COVID-19 vaccine mandates for truckers.

According to internal emails seen by The Post Millennial, some employees were happy to report customers suspected of participating in the Freedom Convoy. Some of the emails compiling customer information were even dated after the Emergencies Act was lifted on February 23.

Other employees reportedly questioned why this is being investigated by the bank at all.

Farm Credit Canada has denied the accusation in this report, writing to Blacklock’s Reporter that it “has not compiled any list with respect to the Freedom Convoy,” according to The Post Millennial.

This is not the first time that the Freedom Convoy has been targeted.

Beyond the government intervention through the Emergencies Act, FISM News previously reported that a list of donors to the convoy through the crowdfunding site GiveSendGo was hacked and released. At the time, FISM News said that some reporters were reaching out to confirm that the people on this list did indeed support and donate to the convoy.