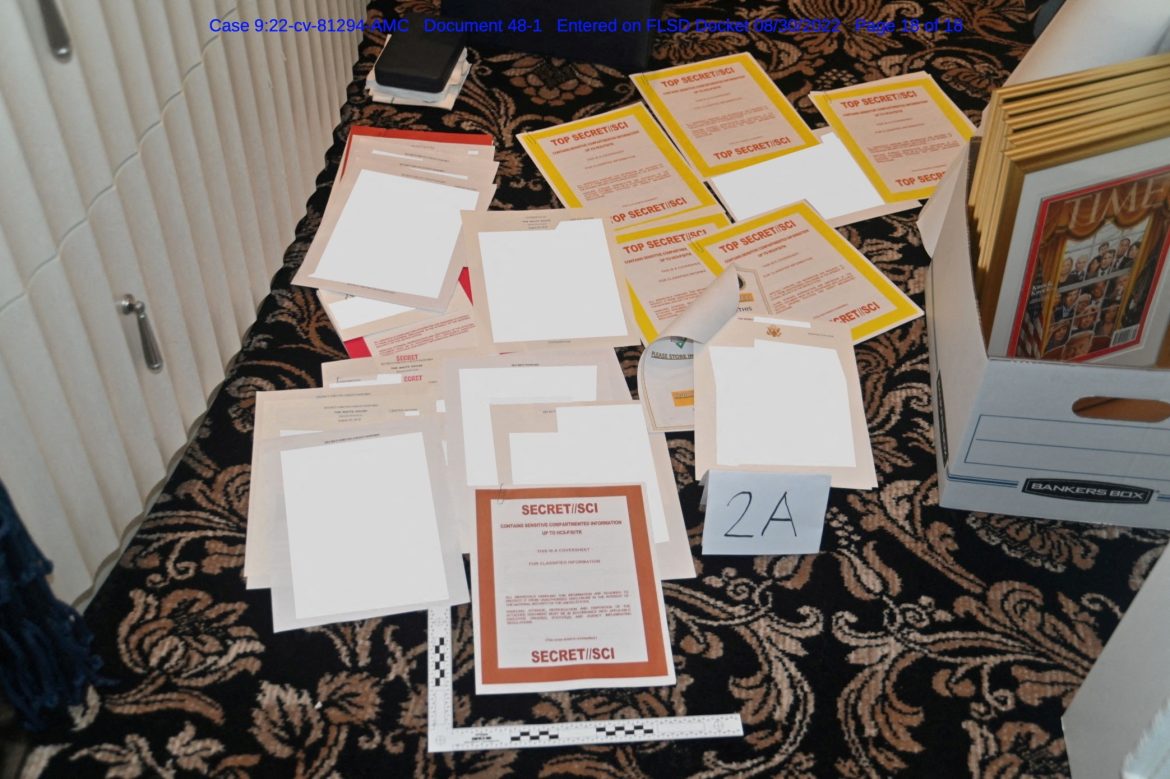 The Department of Justice filed a response on Tuesday to oppose former President Donald Trump’s request for the appointment of a special master to review documents seized from his Florida residence by the FBI.

The DOJ filing offers a deeper glimpse into tense interactions between Trump and department officials over the former president’s alleged unlawful retention of top-secret government records and provides the most detailed accounting to date of the events leading up to the Aug. 8 raid that set off a political firestorm.

DOJ prosecutors assert in the filing that the extraordinary seizure of documents from Mar-a-Lago came only after the government had exhausted all other possible means of retrieving items believed to be highly classified. The department also cited a growing suspicion by law enforcement that the documents at issue remained at the residence despite assurances to the contrary by Trump’s representatives.

Prosecutors said the former president’s legal representatives “explicitly prohibited government personnel from opening or looking inside any of the boxes that remained in the storage room” during that visit and prevented officials from the ability to confirm that no additional classified documents remained at the residence.

The Justice Department believed the documents at issue were likely “concealed” at Mar-a-Lago in an effort to obstruct the federal investigation into the discovery of the government records, according to the filing.

They further argued that Trump’s request for a special master is “unnecessary” and would “harm national security interests.” The former president, they said, “lacks standing to seek judicial relief or oversight as to Presidential records because those records do not belong to him” under the Presidential Records Act.

The DOJ asserted that the appointment of a special master “would impede the government’s ongoing criminal investigation” and prevent “the Intelligence Community from conducting its ongoing review of the national security risk that improper storage of these highly sensitive materials may have caused and from identifying measures to rectify or mitigate any damage that improper storage caused.”

They further argue that Trump won’t suffer any injury without an injunction “and the harms to the government and the public would far outweigh any benefit” to him.

Trump filed the request for a special master to review seized documents, many of which, he said, fell under attorney-client privilege.

The DOJ said any materials that could be subject to attorney-client privilege were already reviewed and separated by the government’s filter team, rendering Trump’s request moot.

“Lastly, this case does not involve any of the types of circumstances that have warranted appointment of a special master to review materials potentially subject to attorney-client privilege,” the DOJ argued.

In the filing, the Justice Department indicates that the FBI seized more than 100 classified records during the raid, “including Information Classified at the Highest Levels.”

The Justice Department asserts that the FBI search warrant was obtained after “the government developed evidence that a search limited to the Storage Room would not have uncovered all the classified documents at the Premises.”

The New York Times previously reported that two Trump attorneys met with Justice Department officials in June and that one signed a written statement affirming that all classified materials that had been stored at Mar-a-Lago were returned.

The former president’s legal team insists that the documents at issue were brought to Mar-a-Lago during Trump’s tenure as the commander in chief and that he declassified them under the broad authority afforded to a sitting president.

U.S. District Judge Aileen Cannon is set to hear arguments on the matter on Thursday. She indicated on Saturday that it was her “preliminary intent” to appoint a special master to review documents but had given the Justice Department the opportunity to respond.

(In addition to cited sources, this report was also informed by reports published by Fox News and the Associated Press).

Movie tickets to cost just $3 on Saturday across U.S.