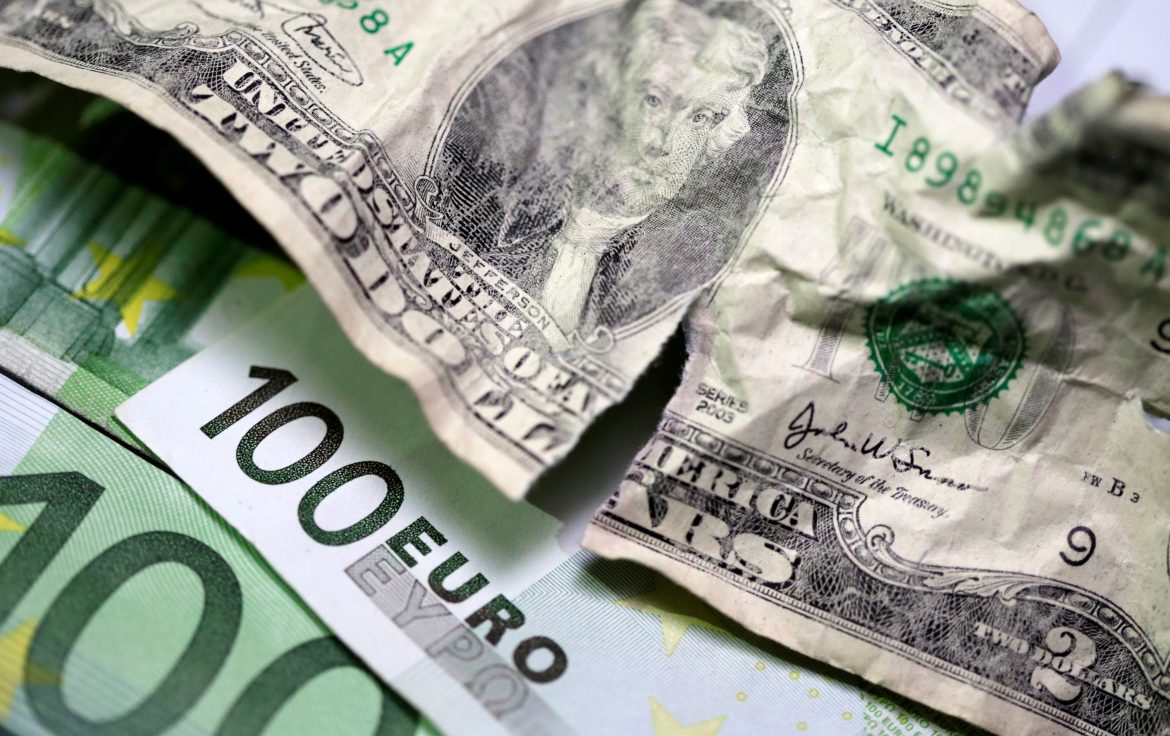 But the dollar was still down 1.8% on the week, on pace for its largest weekly percentage decline since November 2020.

Market participants were prepared for a weaker-than-forecast reading given the decline in the ADP U.S. private payrolls report released earlier this week. That report showed a decline due to the impact of the Omicron coronavirus variant.

Average hourly earnings, a measure of wage inflation and a closely-watched metric, also rose 0.7% last month, and 5.7% on a year-on-year basis.

“It is the 0.7% month-on-month gain in wages that is most hawkish,” wrote Daragh Maher, head of FX strategy, at HSBC. “This helps counter dollar-bearish real income squeeze concerns and the stagflation theme, and will likely energize FOMC (Federal Open Market Committee) hawks.

The dollar also tracked the surge in U.S. Treasury yields.

In the afternoon session, U.S. rate futures implied more than five rate hikes this year, or about 134.4 basis points in policy tightening. The probability of a 50 basis-point increase next month rose to nearly 40%, from just 18% before the data release.

The euro was still up on the day, rising 0.1% at $1.1455. It was up 1.7% on the week, on track for its best weekly performance since late March 2020, benefiting from a hawkish turn by the European Central Bank (ECB) on Thursday.

The euro stalled around the resistance level of $1.1480 because of dollar gains following the U.S. employment report.

HSBC’s Maher said the euro/dollar pair is likely to resume its upward momentum given that the market seems more fixated on the ECB’s hawkishness, which surprised markets, than the Fed.Sterling also has been among the big currency movers this week, after the Bank of England raised rates to 0.5% on Thursday – marking the first back-to-back increases by the central bank since 2004. The pound though fell 0.5% to $1.3536. On the week, it was up 1% this week.

Rep. McCaul: ‘Xi is watching what is happening’ regarding Russia and Ukraine