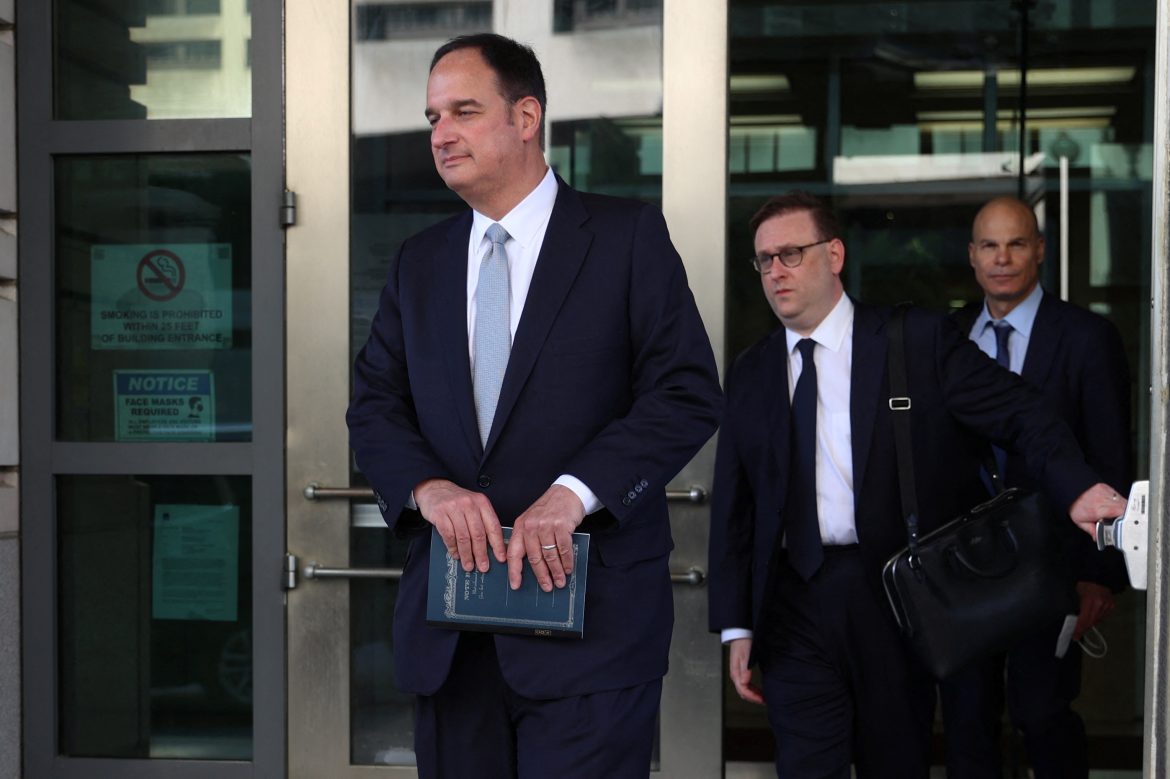 The first week of Michael Sussmann’s trial has concluded, largely focused on opening remarks and the testimony of a critical witness.

Sussmann has been accused of lying to the government. In Sept 2016, he presented evidence to the FBI that suggested former President Donald Trump had colluded with Russia. When doing so, Sussmann claimed to be operating on his own. However, as FISM previously reported, he was employed at the time by the Clinton campaign and tech executive Rodney Joffe.

This is the first trial resulting from special counsel John Durham’s probe into the origin of Russian-Trump collusion claims.

Because jury selection took the majority of the time on the case’s first day in court, opening remarks by the prosecution and defense teams took place on Tuesday. Durham team member Brittain Shaw made the prosecution’s opening remarks, asserting multiple times, “The evidence will show that this a trial about privilege.”

Shaw told the jury that Sussmann abused his connections as a “privileged” and well-known lawyer. This included his belief that “he could use the FBI as a political tool.”

One example of Sussmann’s abuse of his privileged access to people and information was the use of a personal connection to bypass usual FBI reporting channels. This gave Sussmann a chance to lie in a manner “designed to achieve a political end.”

Shaw asked the jury to consider the case without their political biases because the FBI “should not be used as a political tool by anyone.”

She also accused Sussmann of participating in “a plan to create an October surprise on the eve of a presidential election.”

On Thursday, critical witness and former FBI general counsel James Baker stated he was “100% certain” that Sussmann stated he acted alone in presenting the now-discredited evidence of Trump-Russian collusion. Baker, who originally listened to Sussmann’s allegations, also testified that the way in which it was presented created a sense of urgency for the FBI to act.

Sussmann originally reached out to Baker through text messaging on Sept. 18, 2016, claiming he had “time-sensitive” information to share. In this message he also stated, “I’m coming on my own – not on behalf of a client or company – want to help the Bureau.”

From the witness stand, Baker testified that this claim was repeated in their meeting on the following day. “In essence, in the meeting, [Sussmann] said, ‘I’m not here on behalf of any particular client.’ …I’m 100% confident that he said that in the meeting,”

Furthermore, Sussmann leveraged information that journalists were already investigating the claims Trump had ties to Russia’s Alfa-Bank to create a greater urgency for the FBI to act quickly in investigating a potential unethical communications channel, according to Baker’s testimony. In this process the FBI’s Counter Intelligence Division Assistant Director Bill Priestap met with Baker and two New York Times journalists regarding the investigation.

The FBI wanted to convince the reporters to hold off on publishing a report. However, Baker testified that the writers “weren’t quite persuaded yet about” the Alfa-Bank claims. The FBI had a second follow-up meeting in early October to inform them the investigation had concluded evidence “did not substantiate that there was surreptitious communications channel.”

Durham’s team hopes to show that Sussmann intentionally acted to create an “October surprise” that would destroy Trump’s presidential chances. Proving that Sussmann intentionally misled the FBI is critical to this case. For this reason, Defense lawyer Sean Berkowitz tried to tear apart Baker’s claims that he believed Sussmann wasn’t working on behalf of a client. Berkowitz showed Baker his own notes from March 2017 and July 2019 that referred to Sussmann’s clients.

In response to both, Baker said the writing was “inaccurate” and “imprecise.”