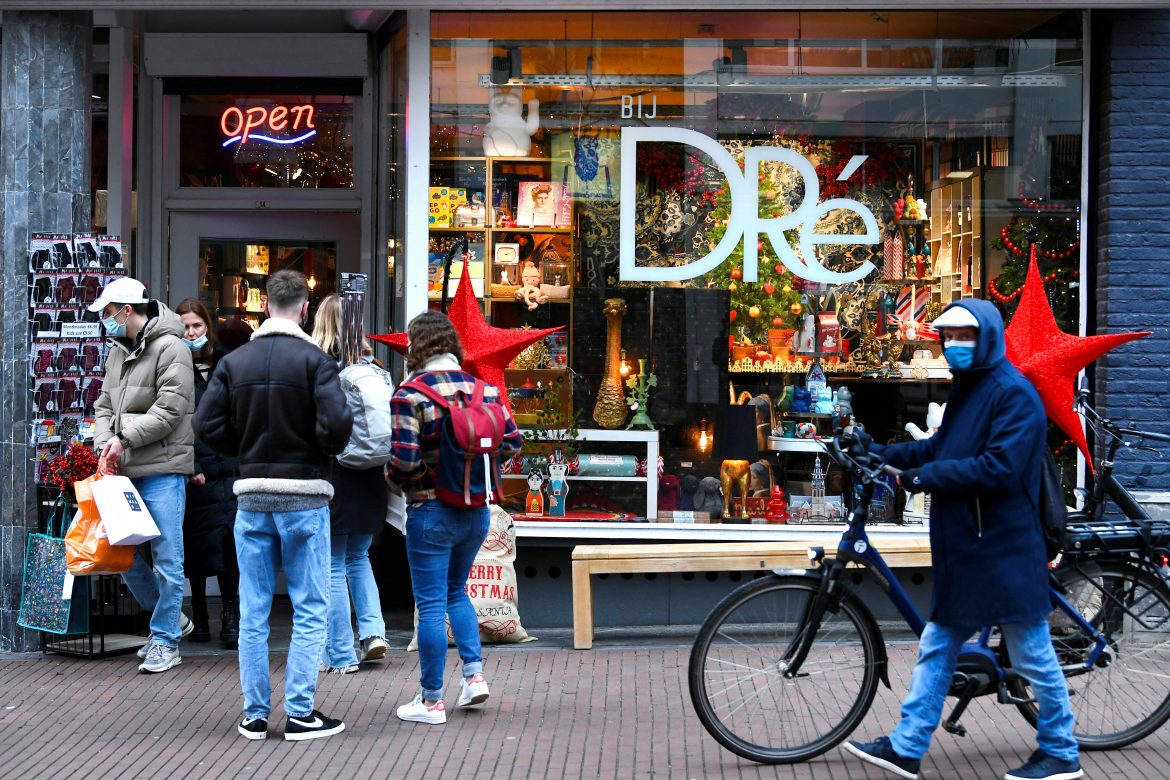 Prime Minister Mark Rutte announced the shutdown on Saturday evening, ordering the closure of all but essential stores, as well as restaurants, hairdressers, gyms, museums and other public places from Sunday until at least Jan. 14.

In Rotterdam, police used a water cannon on Sunday to disperse a group of around 1,000 people who had gathered outside the city’s main soccer stadium, ahead of a clash between local team Feyenoord and bitter rivals Ajax Amsterdam.

Several people were held as fireworks and bottles were thrown at police and at the Ajax team bus, news agency ANP said.

Spectators have been barred from Dutch sporting events since the end of November.

The new curbs, which also include a ban on gatherings outside of more than two people, were unexpected, and many people rushed out on Saturday to stock up on presents or get a last-minute festive haircut.

“Closing all bars and restaurants in such an important month is incredibly painful and dramatic. We need compensation and an exit strategy,” the Dutch association for hospitality services said.

Dutch coronavirus infections have dropped from record levels after a night-time lockdown came into force last month. But Omicron cases are increasing rapidly, and the variant is expected to become dominant before the end of the year.

Hospitals have already been cancelling regular operations for weeks as they try to avoid running out of beds due to high numbers of COVID-19 patients.

The government also said on Saturday that it would accelerate its booster vaccine program. More than 85% of Dutch adults are double-vaccinated, fewer than 9% have had a booster shot, one of the lowest rates in western Europe.