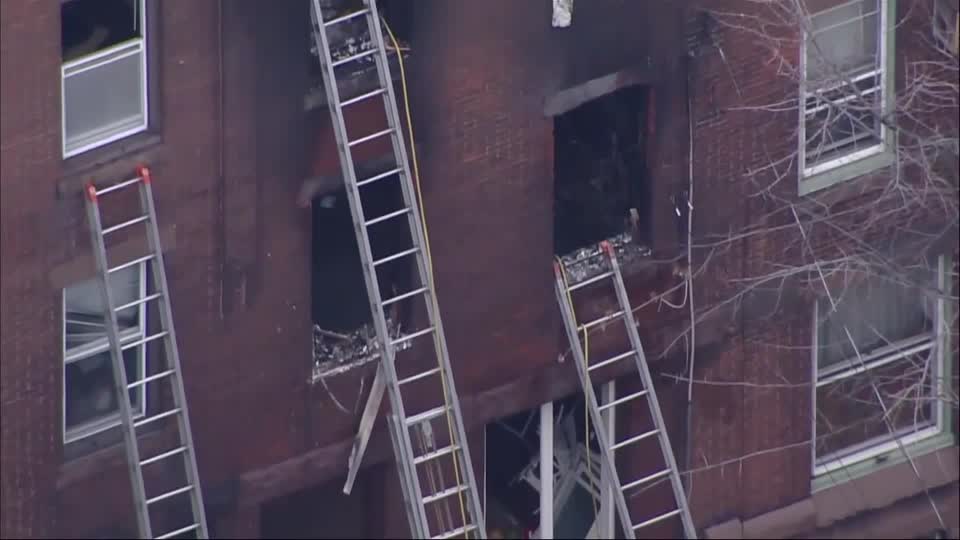 Twelve people, including eight children, were killed early on Wednesday when flames swept through a public housing apartment building in Philadelphia in one of the city’s worst such fires in recent years.

Philadelphia fire officials revised the death toll down to 12, from the 13 they reported earlier.

“Keep those babies in your prayers,” Mayor Jim Kenney told reporters, after First Deputy Fire Commissioner Craig Murphy told a news conference that eight children were killed in the blaze.

The blaze broke out around 6:30 a.m. on the second floor of a three-story row house in the city’s Fairmont neighborhood. The building is owned by the federally funded Philadelphia Housing Authority, the fourth-largest housing authority in the United States.

Fire officials said the cause of the fire was still being investigated, but that the building was overcrowded, with 26 inside a structure meant to accommodate two families, and they cited the failure of smoke detectors.

Neighbors told local news crews they were jolted awake by the sound of screams and a smell of burning, and ran outside to see flames licking second-floor windows.

“It was terrible,” Murphy told reporters. “I’ve been around for 35 years now and this is probably one of the worst fires I’ve ever been to.”

Conflicting accounts were given about the building’s smoke detectors.

Fire department officials said four smoke detectors were installed in the building and had last been inspected in 2020. Dinesh Indala, executive vice president at the Philadelphia Housing Authority, told reporters there were six devices last inspected in May 2021.

A resident told the Philadelphia Inquirer that the housing authority should replace battery-powered smoke detectors with hard-wired detectors, saying tenants sometimes removed the batteries when cooking or smoking inside.

Collins said the housing authority appeared to have installed enough detectors and inspected them frequently enough to comply with the codes. She said it was not unusual to see overcrowded public housing.

“It’s a symptom of the fact that there’s not enough habitable, affordable housing,” she said. “Especially right now, when we’ve had so many people in the city lose income.”